Protesters packed the streets of Prague, blowing whistles and chanting: "We are not blind." Many worry that the Czech Republic's new justice minister could meddle in a criminal case against the prime minister. 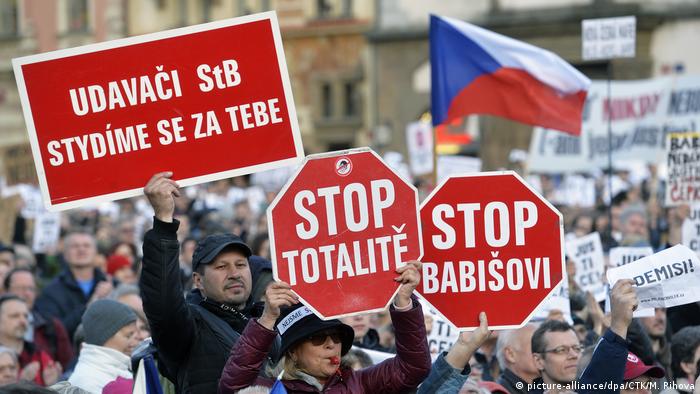 On Monday, tens of thousands of people took part in protests in Prague and other cities across the Czech Republicfor the second week in a row. The crowds are protesting against Prime Minister Andrej Babis and his newly appointed justice minister.

Marie Benesova was appointed as the head of the Justice Ministry last Tuesday after her predecessor resigned. Benesova will now have significant control over prosecutions, including a criminal case involving Babis.

Protesters worry that she might try to protect the prime minister or influence his case. 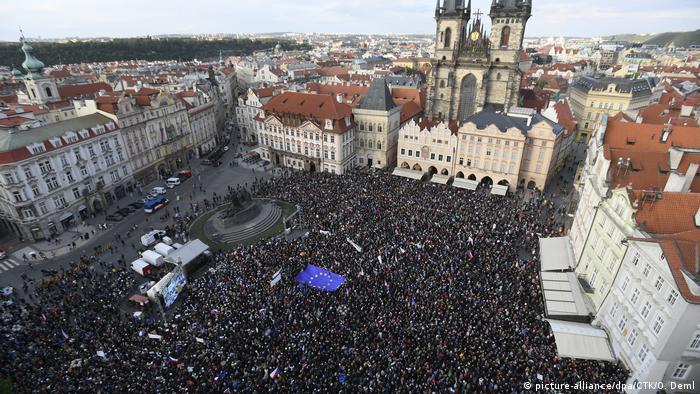 Tens of thousands of people took part in the Prague protest

Organizers estimated at least 20,000 people filled Prague's Old Town Square on Monday, making this week's protest much larger than the one last week, according to CTK news agency.

Protesters carried banners calling for Benesova's resignation and an independent justice system. They blew whistles and chanted: "We are not blind."

Thousands of people also took part in protests in other major Czech cities, including Brno and Ostrava. 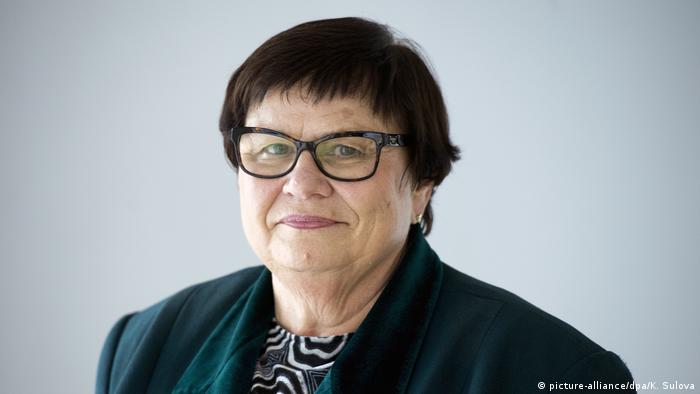 Babis, the second richest person in the Czech Republic, is accused of abusing European Union funds to build a luxury resort on his land in 2007.

Police recommended that Babis be charged with fraud over the €2 million ($2.2 million) EU subsidy scam.

"A man charged with embezzling EU subsidies cannot work as the prime minister who decides where the subsidies will go," university teacher Milan Lipovsky told news agency AFP at the Prague rally.

Vaccine skeptics and others angered by COVID curbs have protested in Brussels, Prague and other European cities. Omicron is driving up cases across the EU, with experts warning unvaccinated people are especially at risk.