Czech PM Andrej Babis has denounced a Deutsche Welle story about migrants working at a poultry farm he owned. He labeled Deutsche Welle and the Guardian "pro-migration media" that publish "falsehoods and lies" about him. 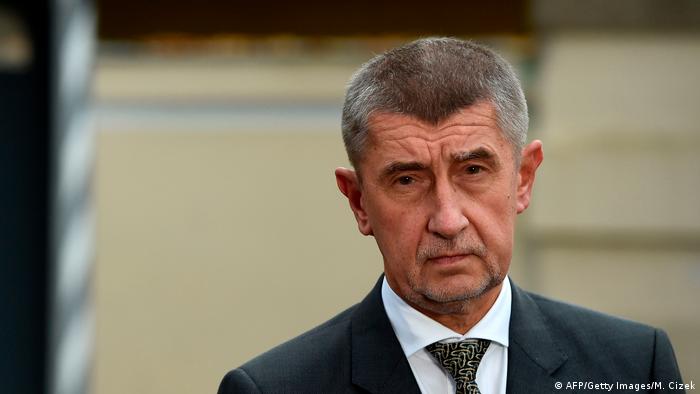 Czech Prime Minister Andrej Babis has dismissed a report by DW about migrant workers employed at his companies, going as far as to say the story had been "invented."

The DW article highlighted that despite years of stoking anti-migrant sentiment in the Czech Republic, foreigners from countries including Vietnam, Mongolia, Ukraine and Romania were working at a poultry factory called Vodnanská in Mirovice, which is part of Babis' conglomerate holding company Agrofert.

Babis, a billionaire businessman, transferred the company to a trust fund in 2017.

DW contacted Babis for comment prior to publication, but he did not respond until after the German version of the article was published online on February 5.

"The article begins by saying that I am an anti-migration populist," Babis said during a press conference on Thursday before his departure for a summit of the heads of government of the Visegrad states with Federal Chancellor Angela Merkel in Bratislava.

"The insolence on the part of these pro-migration media, such as The Guardian and Deutsche Welle, is growing all the time, because I obviously disturb people in Europe when I talk critically about migration," Babis said.

Babis said he was surprised "even at the idea that a Czech Vietnamese would call Deutsche Welle and talks about things that don't exist."

He went on to reiterate his position that "the pro-migration media" would publish "falsehoods and lies" about him. "Contact my former company. I have informed myself about it. These are all made-up things."

"In the Czech Republic there is strict protection of workers, which is also controlled by the authorities," Pavlu said, adding that all employees had a work contract and the same wage and working conditions as regular employees from the Czech Republic and the EU, including accommodation.

Pavlu denied that Agrofert uses employment agencies to specifically target and recruit workers from abroad, but he also did not explain how the company does hire workers.

Andrej Babis is to be named the Czech Republic's prime minister for a second time. The magnate's struggle to form a governing coalition is emblematic of the contradictions inherent to populist, dealmaking politics. (06.06.2018)