The largest protests in the Czech Republic for 30 years have failed to shift its prime minister, Andrej Babis. DW's Conflict Zone asks the Czech foreign minister, a coalition partner, if he will quit Babis' government.

The alternative to the current coalition government would be one "supported by populist and extremist forces," the Czech foreign minister has said.

In huge protests that began in April – the largest since the end of communism in 1989 – demonstrators called for the resignation of Prime Minister Andrej Babis, a billionaire businessman who came to power having vowed to tackle corruption.

Babis himself is under investigation by the European Commission over possible conflicts of interest and his former business empire. A recent decision by prosecutors in Prague to drop other charges against him is also under review by the supreme state attorney. He denies any wrongdoing. 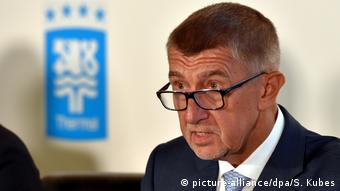 In June, Babis called preliminary European Commission findings over possible conflicts of interest 'an attack on the Czech Republic'

Keepers of the coalition

Asked on DW's Conflict Zone at what point he would be forced to leave the government, Petricek said the alternative was "certainly not in the interests of [his] country."

"That's why we probably bear the costs of this coalition."

Petricek did not comment on his coalition partners, citing an agreement not to do so, and said it was up to them whether Babis had to go.

"We need to play the role of keepers and that's our task in the government," said Petricek. 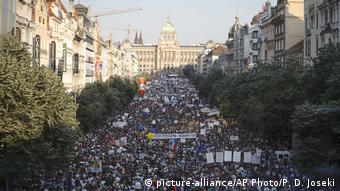 The Czech Republic and its Visegrad neighbors, Poland, Hungary, and Slovakia, have been dubbed by some as Europe's "awkward squad" over apparent resistance to policies to tackle climate change and migrant quotas.

"I don't think that we are a strange club of countries in the center of Europe. First of all, we are very active in the European Union on many issues," said Petricek.

On climate change, the Czech prime minister himself said at a recent EU meeting on emissions targets, "Why should we decide 31 years ahead of time what will happen in 2050?"

Petricek said such policies did need to happen now but "as an industrial, export-oriented country, we would like to see that all the options that are on table will not lead to de-industrialization, loss of jobs. We don't want to have a jobless future."

Freedom House has also reported that "xenophobic, anti-refugee rhetoric has been voiced" by Babis and Czech President Milos Zeman. How helpful was that?

"It is not helpful," said Petricek, but this was not only a problem in the Czech Republic.

"We have witnessed this trend across the European Union and we need to have a strategy how to fight it." 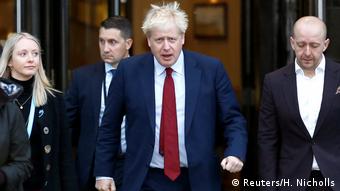 'Boris Johnson said he's willing to leave the EU without agreement and for us this is not a good option,' said Petricek

On Brexit, the foreign minister declined host Tim Sebastian's invitation to say he trusted UK Prime Minister Boris Johnson over Brexit and replied instead that "all options" were still possible.

"Boris Johnson said that he's willing to leave the EU without agreement and for us this is not a good option. But if the UK is not able to find a compromise and to have a majority in the parliament for agreement, I don't see any other option," said Petricek.

But were the 27 remaining countries of the European Union really so unified over Brexit? Charles Michel, the incoming European Council president, says no deal is better than a bad deal, while Ursula von der Leyen, the next commission president, says she would be willing to extend Britain's exit date.

Petricek said the difference was "minor."

"If the UK wants to extend the period for negotiations and there are good reasons for that presented by Westminster, let's consider it."

But the most significant point in the negotiations between the UK and the EU — the 'Irish backstop' — seems no closer to being resolved.

UK proposals on changing the backstop — the mechanism in Theresa May's deal designed to avoid a hard border between Northern Ireland and the Republic of Ireland and hated by hard Brexit supporters —were dismissed last week in Brussels.

Johnson made his "final offer" after the Conflict Zone interview with Petricek was recorded.

Was Petricek happy that the whole Brexit deal was being put at risk over this one issue? 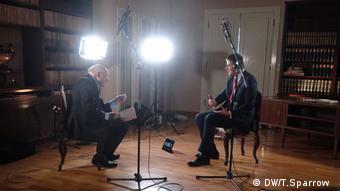 The blame game over Brexit 'is not contributing to good faith negotiation,' said Petricek

"We should keep in mind the whole history of the island, that it is not possible to divide fully the island. At the same time, we need to make sure that we protect [the] internal market."

Was that more important than the Good Friday Agreement?

It's the Czech Republic's largest protest since 1989. Some 250,000 people have taken to the street calling for Andrej Babis to resign amid a corruption scandal that intertwines his government and former business empire. (25.06.2019)

Protesters packed the streets of Prague, blowing whistles and chanting: "We are not blind." Many worry that the Czech Republic's new justice minister could meddle in a criminal case against the prime minister. (06.05.2019)

Czech Prime Minister Andrej Babis is fending off corruption charges, trouble in parliament, and a countrywide protest movement against his government. Hundreds of thousands have rallied against him in Prague. (23.06.2019)