Four in five teens do not exercise enough: WHO

More than 80% of global teens don't get at least one hour of daily exercise, according to a UN health agency study. The findings have implications for physical and mental health as well as youth education. 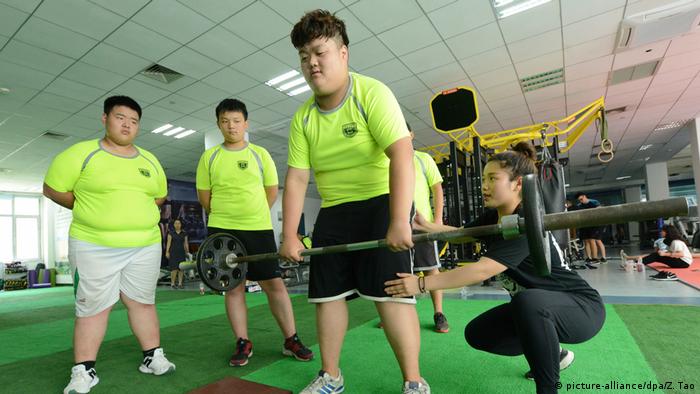 Teenagers worldwide do not get enough exercise, compromising their current and future health, the World Health Organization said Friday.

The study conducted by the UN health agency found 81% of adolescents aged between 11 and 17 fail to get at least one hour of moderate to intense daily physical activity such as walking, riding a bike or playing sports.

"Four in every five adolescents do not experience the enjoyment and social, physical, and mental health benefits of regular physical activity," said Fiona Bull, an activity and health specialist and a co-author of the work.

The report on global trends for adolescent physical activity — the first of its kind — is based on survey data collected on 1.6 million students from 146 countries and territories between 2001 and 2015.

The findings are troubling because physical activity is associated with better heart and respiratory function, mental health and cognitive activity, which have implications for student learning. Exercise, along with healthy eating, is also viewed by experts as key to controlling a global obesity epidemic.

The report, published in the Lancet Child & Adolescent Health journal, did not mention why adolescents are so inactive, but a WHO co-author of the study suggested digital technology means more young people spend time on electronic devices

"We've had this electronic revolution that seems to have changed adolescents' movement patterns and encourages them to sit more, to be less active, to drive more, walk less, (and) be less active in general," WHO lifestyle disease expert Leanne Riley told a news briefing.

Other factors may include poor infrastructure and insecurity in some countries.

Globally, the study found there is no clear pattern of inactivity by income level or region.

The percentage of teenagers meeting the goal ranged from 66% in Bangladesh to 94% in South Korea. High-income Asia Pacific countries had the highest levels of insufficient activity, while India, the United States and 17 countries in Europe had some of the lowest rates.

Read more: Prevent dementia with exercise and ashtrays, WHO says

The study also found differences between genders worldwide, with 85% of girls and 78% of the boys surveyed failing to hit the daily exercise target. Male youths in rich Western countries and female youths in South Asia get the most exercise exercise within their respective genders.

The lower rate of girl inactivity levels in Bangladesh and India is potentially explained by "girls being required to support activity and domestic chores around the home," the report said.

Only in four countries — Afghanistan, Samoa, Tonga and Zambia — are girls more active than boys.

The gender gap also appears to be linked to cultural traditions that keep girls at home, as well as safety concerns when girls are outdoors.

Guthold also pointed out that "a lot of physical activity promotion is more tailored towards boys."

She said this seems to explain the fact that the biggest gender gap could be found in the United States and Ireland, where the difference in activity levels between boys and girls was over 15 percentage points.

It can be hard finding the time for a workout in the gym or a run around the park. But everyone can make sure they avoid elevators and escalators and take the stairs whenever possible. (18.12.2018)