October 11 is World Obesity Day, and there's no reason to celebrate as societies are fighting an uphill battle against the steady rise of overweight-related problems. OECD researchers have looked at the economic fallout. 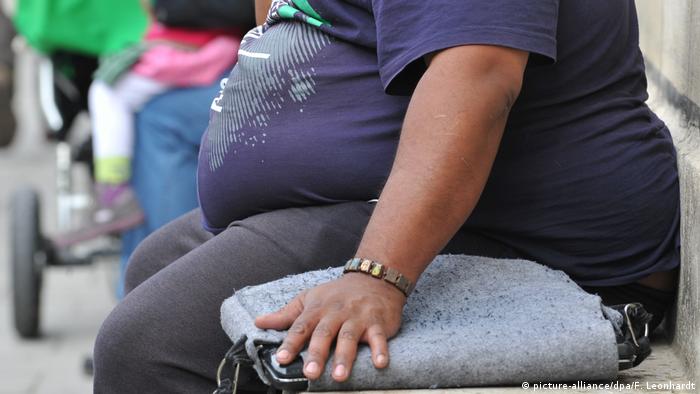 "Obesity is growing out of control," says US personal trainer and businesswoman Jillian Michaels, and she puts the phenomenon down to the affordability of "fake foods."

"It's enticing people to eat more, because they think they're saving money when in fact they're really just buying heart disease."

In its latest study on overweight called "The heavy burden of obesity," the Organisation for Economic Co-operation and Development (OECD) confirms exactly that, although it's way wordier than Michaels to prove its case.

The study comes out as World Obesity Day is upon us once more — an annual campaign since 2015 that aims to "stimulate and support practical actions helping people achieve a healthy weight and reverse the global obesity crisis," as a website statement points out.

OECD researchers have found out that there are now more than twice as many overweight and obese people worldwide as there are undernourished people. This places quite a heavy burden on societies and economies. 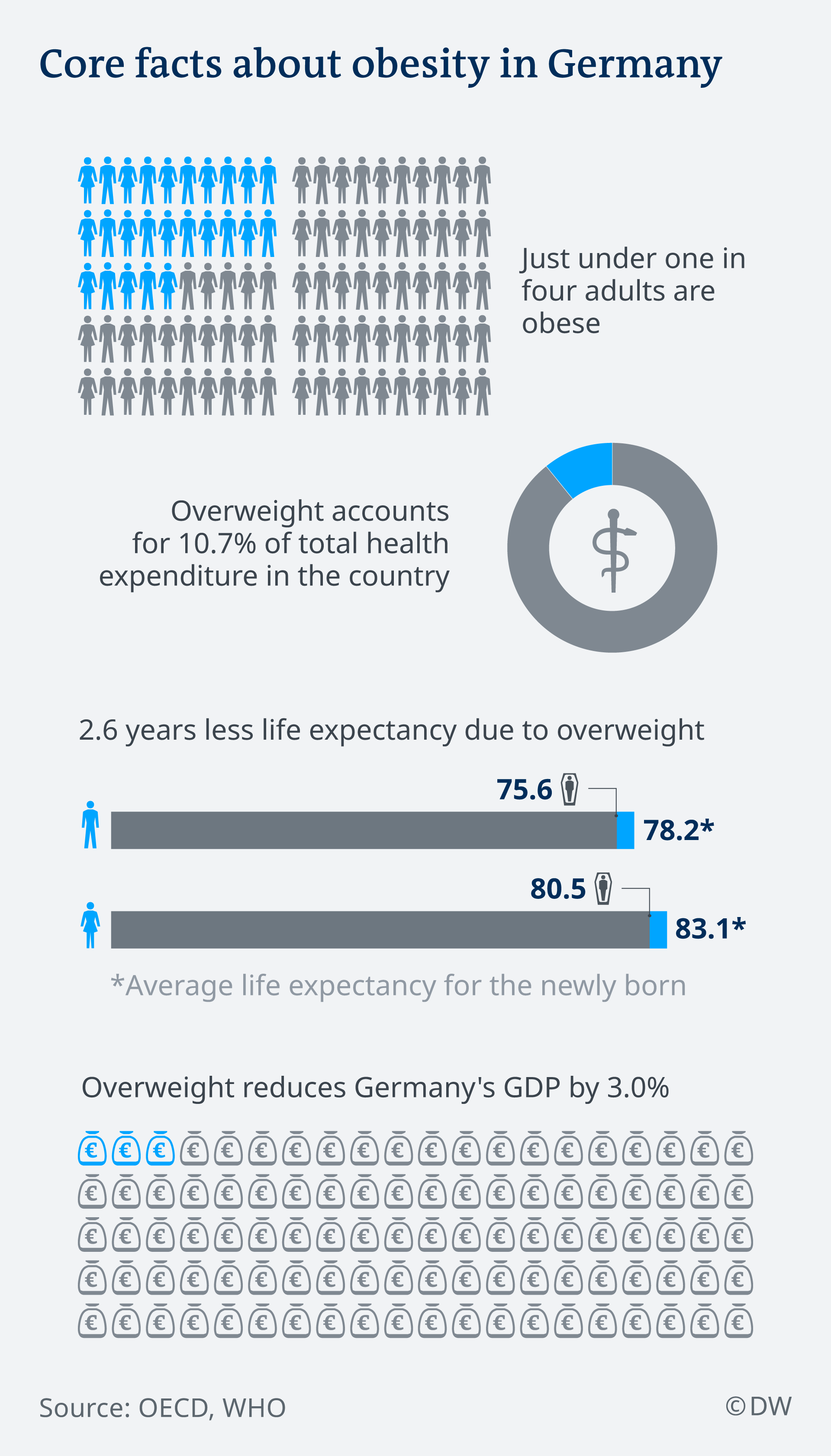 Overweight is associated with a number of chronic diseases including diabetes, cardiovascular ailments and cancer. What this means is that life expectancy for people in OECD countries is reduced by 2.7 years on average.

The study points out that over the next 30 years, 8.4% of the health budget of OECD nations needs to be spent to treat the consequences of overweight as affected people require health care services more often and for more complicated and expensive treatment.

According to the survey, obesity reduces employment opportunities and workers' productivity. "The impact can be quantified as equivalent to a reduction in the workforce of 54 million people per year across the OECD, EU28, G20 and selected partner countries."

Individuals with chronic diseases are simply more likely to be unemployed and to miss more days of work, according to the researchers.

The OECD goes as far as to say that "the macrolevel effect is that overweight reduces gross domestic product [GDP] by 3.3% on average in both OECD and EU28 member states."

Fat years not over yet?

Unfortunately, there are no signs that large-scale obesity will go away anytime soon. On the contrary, OECD research suggests that rates will go up further. In the US, every second citizen is expected to be overweight by 2030. The organization knows of no developed country that has found a cure-all for the problem.

While higher medical expenditure and labor market implications can be viewed to count among the direct costs of obesity, indirect costs can be even more significant in areas you wouldn't necessarily think of right away. 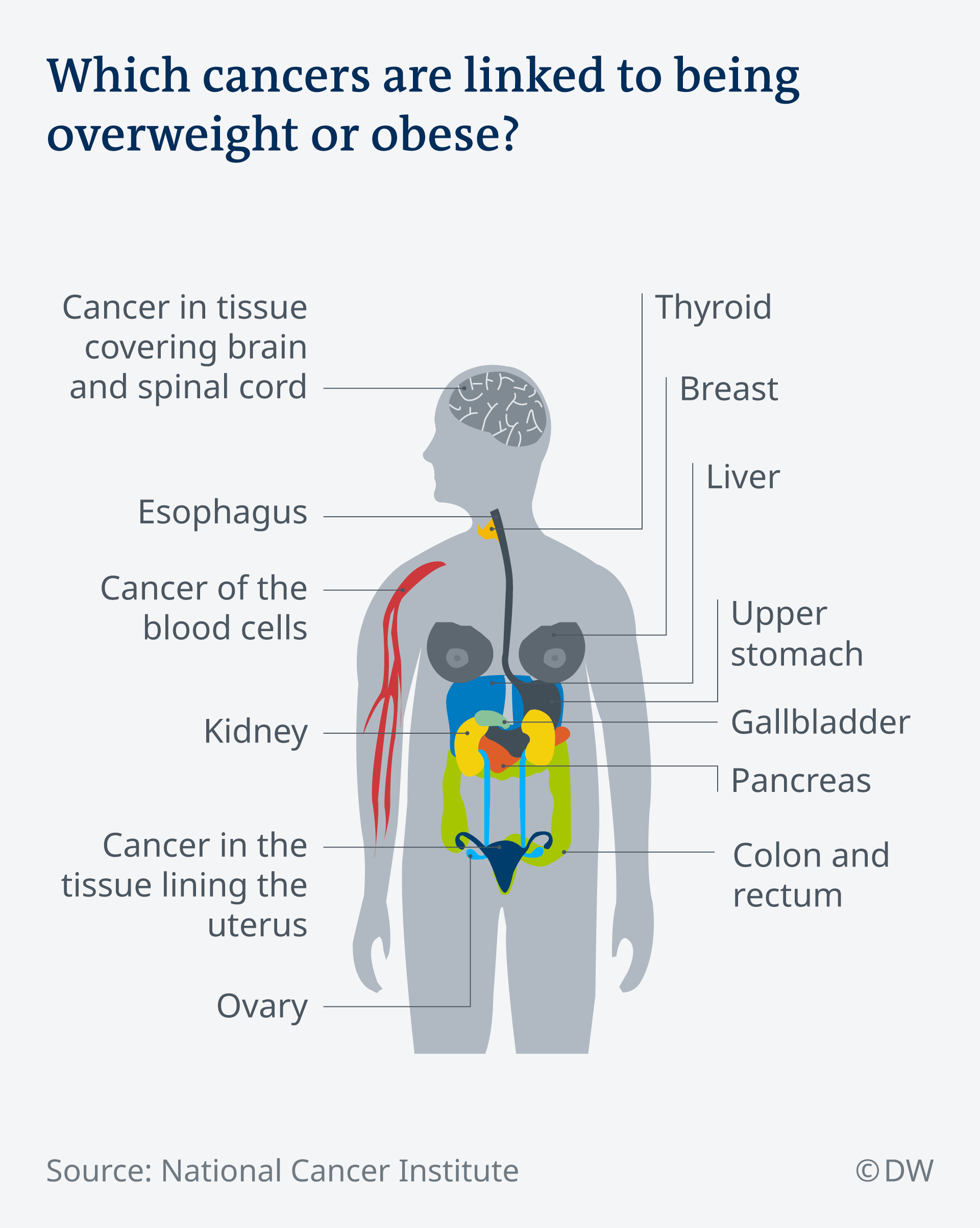 Some researchers dealing with the fallout of obesity worldwide have pointed to greater food consumption that comes with it, noting the negative impact on greenhouse gas emissions (more methane-producing livestock, more plastic packaging, more transport to get goods to supermarkets etc.).

Speaking of transportation — and at the risk of sounding banal — getting heavier passengers from A to B and back requires more fuel. An earlier study by the OECD calculated that an average reduction in weight of people across nations would mean some 10 million tons of CO2 per year not being emitted.

What can nations do?

No matter how you look at it, tackling obesity makes sense. Almost all of the 52 nations that the OECD analyzed for its 2019 report already have national action plans in place to address unhealthy diet and lack of physical exercise.

These plans have mainly focused on providing people with relevant information, but only a handful have levied taxes on unhealthy items such as sugar-rich food and beverages and restricted or banned advertising for unhealthy choices.

"In a number of cases, policies are implemented in forms that are not the most effective," the OECD notes in its report. "In other cases, limited resources or practical problems end up limiting the number of individuals that would potentially benefit from the intervention."

Generally speaking, public health actions are considered to be an excellent investment for all nations. The OECD figures that for each $1 (€0.91) invested in tackling overwight, upt to $5.6 will be returned in medium- or long-term economic benefits.