Prague asked 18 Moscow officials to leave on the weekend over possible links to a 2014 explosion at a weapons factory. Now, the Czech Republic is seeking "solidarity" from its EU and NATO partners. 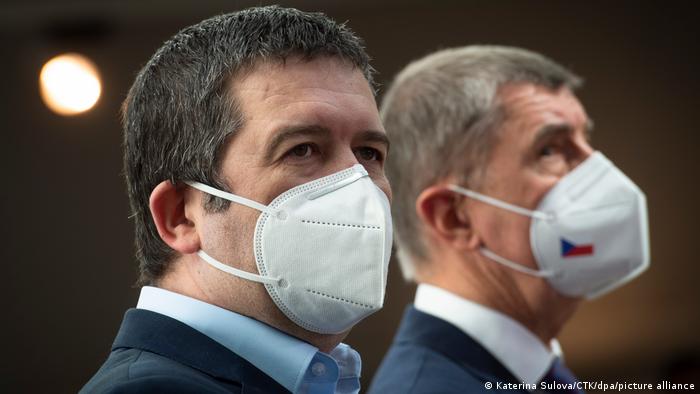 The Czech Republic called on EU and NATO allies to expel Russian diplomats Tuesday, as Prague's diplomatic relations with Moscow continued to deteriorate.

Acting Foreign Minister Jan Hamacek said he would summon the Russian ambassador for a meeting on Wednesday to disclose further steps after the weekend's expulsion of 18 Moscow diplomats.

Prague identified the intelligence officers, and demanded they leave the country over links to an explosion at a privately-operated arms depot in 2014.

Moscow has denied any involvement in the blast that killed two people, and has since retaliated by expelling 20 Czech officials from Moscow.

"We will call for collective action by European Union and NATO countries that will be aimed at a solidarity expulsion of identified members of Russian intelligence services from EU and NATO member states," Hamacek said at a news conference.

The row is the biggest between the two countries since the fall of the Soviet Union in 1989, and comes amid growing tensions between Russia and the West.

Tourism made up almost a third of Czech GDP before the pandemic and guests have finally started to return to the country's historic capital. But war in Ukraine and COVID-19 mean things are not back to normal quite yet.