Cyprus peace talks: an island caught between the EU and Turkey? | Europe | News and current affairs from around the continent | DW | 29.06.2017

Greek and Turkish Cypriot leaders have renewed a push for peace. But will differing expectations for the EU and Turkey's roles derail the talks? DW spoke to Averof Neofytou, Greek Cypriot politician, to get his thoughts. 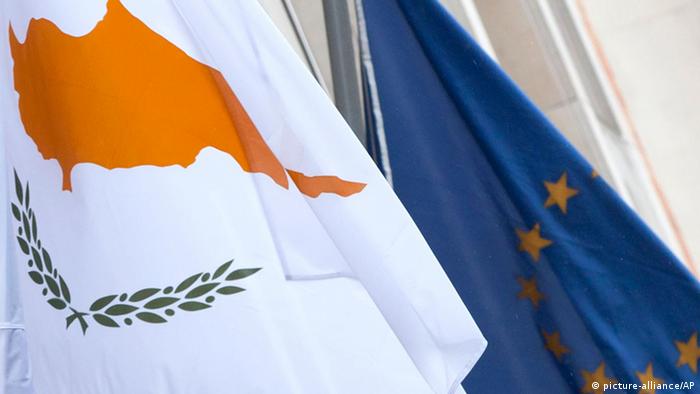 Negotiations on the reunification of Cyprus kicked off in Switzerland on Wednesday. Averof Neofytou, the chairman of the Greek Cypriot republic's governing right-wing Democratic Rally party, spoke to DW before the internationally-recognized, southern region's president and the leader of the northern Turkish Cypriot area descended on Crans-Montana for a fresh round of talks seen by many as a last-chance push for peace.

DW: Factions have made several attempts at finding a solution to the Cyprus conflict in recent years. The last time was early this year in Mont Pelerin, Switzerland. How prepared are Greek and Turkish Cypriots for finding a solution this time around?

Averof Neofytou: Our side has always wanted a solution. We want one now, and we are willing to work towards it. That is the only way that we will ever be able to end Turkish occupation of the island. But it takes two to tango. Everything depends on whether Turkey actually has the political will to solve the Cyprus question. That will be evident when discussions turn to the central issues of security and guarantees. If Turkey continues to insist upon being a guarantor that reserves the right to intervene and station occupying forces in an EU country, then we can abandon any hope of finding a solution. 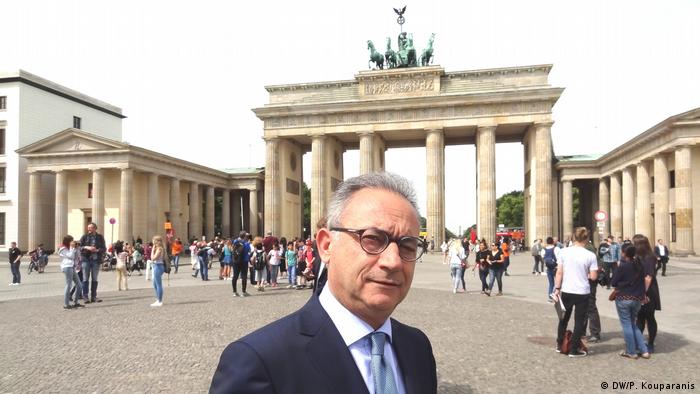 One reason Turkish Cypriots want a solution is that all citizens in a reunited Cyprus would be subject to EU law. So, if we can solve the Cyprus question, the European Union will be our biggest guarantor of security. Everyone has to be clear about that. Think about the concept of Russia guaranteeing security in a Baltic state or in Poland. How would other EU countries feel about that?

Read more: In Cyprus, music could be a secret diplomatic tool to bridge cultures

Of course if Turkish Cypriots insist they need Turkish troops and guarantees to feel safe, they will also have to respect the fears of Greek Cypriots that still remember the Turkish invasion and have no desire to experience something like that again. If we can agree to the principle that the security of one group cannot come at a cost to the other, then other tools within the EU framework can be used to guarantee the safety of all citizens in a reunified Cyprus.

But it is not only on the issues of security and guarantees that both sides have different positions. Both sides are far away from one another on a number of issues, despite months of negotiations.

In all, we are negotiating six chapters. We have made great progress on the chapters dealing with government, the EU, economics and property rights. Differences there are nominal. Both sides have also put forth plans on the chapter dealing with territorial issues that will determine just how large each of the two states will be. That is an important step, but it still isn't enough. It still must be determined just how much territory will be allotted to each state, and what territories will be put under the administration of which state. The only chapter that is completely wide open at the moment is the one dealing with security and guarantees. Cypriot President Nicos Anastasiades gave a very vivid description recently: Four of the six glasses are almost full, the fifth is half full and there isn't even a drop in the sixth. And the issues of security and guarantees are no doubt the most important ones to be resolved.

In contrast to Greece and the UK, Turkey has assumed an active role. In 2004, Turkey agreed to a reunification plan submitted by Kofi Annan, then the UN's secretary-general. Do you think things will turn out similarly this time? 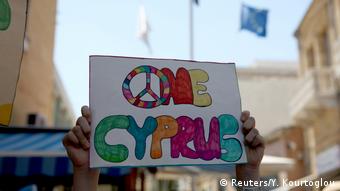 We are very interested in finding a solution so that we can live in a normal, united, European country. We will not accept the Cyprus question being attached to other issues - like Turkey's relationship with the EU, for instance. We want to solve the Cyprus question for Cypriots and do not want it to be instrumentalized for the interests of any other country.

Expectations for the conference have been drastically lowered over the past few days. Hardly anyone is expecting that it will result in an agreement. If that turns out to be the case, where do things go from there? Will there be a follow-up conference?

We are heading to Switzerland with a great deal of determination. We are also counting on good will from the Turks. If they show it and we can actually make progress on questions of security and guarantees, then we will stay as long as it takes to achieve a comprehensive solution to the Cyprus question.

Averof Neofytou, 56, has been the chairman of the right-wing Greek Cypriot Democratic Rally party since 2013. He succeeded Nicos Anastasiades, who left the post when he was elected president of the Republic of Cyprus.