A planned meeting between rival Cypriot leaders has been cancelled the day before it was scheduled to take place. The peace talks were abandoned over new legislation affecting Greek Cypriot schools. 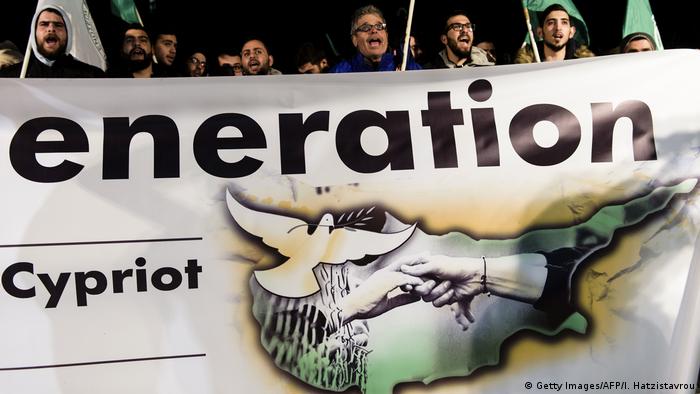 Thursday's scheduled meeting between the leaders was called off on Wednesday after Turkish Cypriots took offense to a nationalist commemoration in Greek Cypriot schools.

The island has been split between a Turkish north and an internationally recognized Greek south since 1974, when Turkey invaded in response to a coup seeking to unite the island with Greece.

Tension between the two sides of the island was exacerbated when the Greek Cypriot parliament passed legislation earlier this month requiring public schools to commemorate a 1950 referendum on unification with Greece.

But the fragile peace talks deteriorated further at a meeting last Thursday, after Greek Cypriot president, Nicos Anastasiades, and his Turkish counterpart Mustafa Akinci accused each other of storming out. 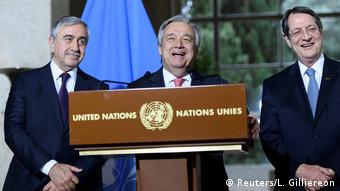 The legislation that sparked thelatest setbackforces schools in southern Cyprus to commemorate an unofficial referendum on "Enosis", or union with Greece. The 1950 vote was held before Cyprus won independence from Britain, was legally invalid, but delivered a clear result in favor.

Although almost 96 percent of the majority Greek Cypriots supported Enosis, according to its organizers, the Cyprus Greek Orthodox Church, the vote had no legal merit.

The February 10 amendment to schools legislation requires secondary students to mark the anniversary by learning about the referendum and the case for Enosis. The law was sponsored by the far-right Greek nationalist ELAM party, and although the left wing main opposition party voted against it, abstentions from members of Anastasiades' conservative party ensured it was passed.

Akinci said the amendment caused "public indignation" among Turkish Cypriots and has insisted that Anastasiades withdraw the legislation before talks can proceed. 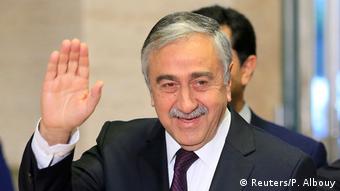 "The Greek Cypriot leader should give a clear message to the Turkish Cypriot people and to the world that he does not support this decision," he said on Monday.

Anastasiades, however, said that Akinci was using a minor issue to threaten ongoing peace talks.

"It will be the first time in the history of the negotiations that for a meaningless, minor incident the dialogue will be interrupted," the Greek Cypriot leader said on Tuesday.

"I regret the decision of Mr. Akinci not to attend the meeting tomorrow. I am ready to continue the dialogue at anytime," he said on Twitter.

Elizabeth Spehar, the head of the UN peacekeeping force on Cyprus, shuttled between the two sides in an unsuccessful attempt to negotiate a compromise.

Greek Cypriots ditched the notion of Enosis decades ago. The island has been a member of the European Union since 2004, although only Turkey recognizes its northern Turkish side.

Turkish Cypriots approved a UN-backed bid for reunification at a 2004 referendum, but Greek Cypriots surprisingly voted the motion down by a margin of three to one.