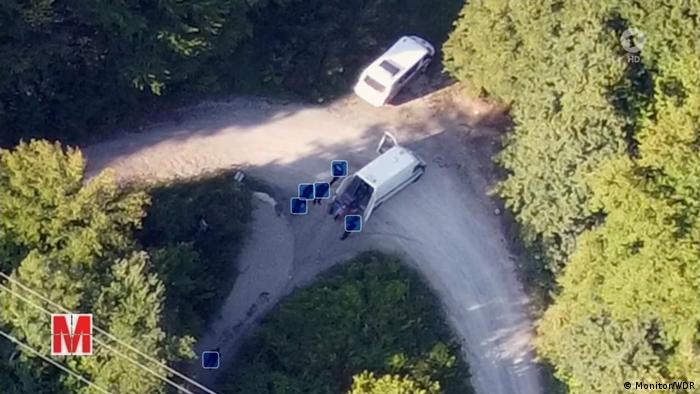 Standing in the Croatian parliament in front of a dozen TV cameras, Sandra Bencic asked the question of the day: "Do we want to live in a state in which lawless groups run around beating people up?"

Bencic, who leads the left-wing green opposition party Mozemo (We Can), called on Prime Minister Andrej Plenkovic to explain what is happening at the border to neighboring Bosnia-Herzegovina.

"We see pictures of people without police badges; we see some sort of people being violent," Bencic said. "They are either paramilitary units or Croatian police officers without nationality markings who are carrying out pushbacks." 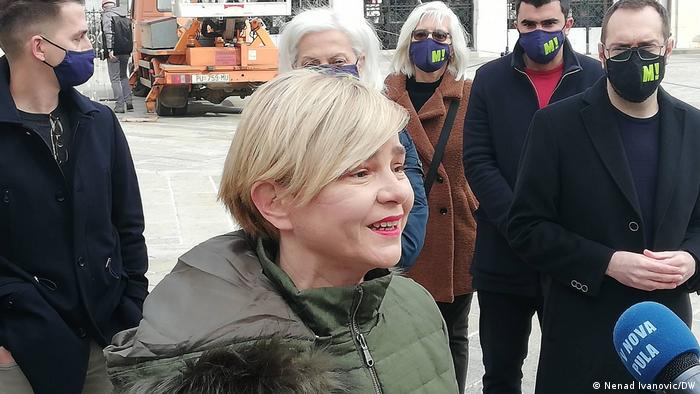 Bencic has called on the government to explain the border incidents

Who are the masked men? From whom are they receiving orders? "Not from us," Interior Minister Davor Bozinovic said. He rejects any responsibility for the so-called Operation Corridor, which has been documented by an investigative media team led by Lighthouse Reports and including journalists from the German public broadcaster ARD. For years, there have been reports that Croatian security forces operate undercover on orders of the government.

"In Croatia, laws are respected, along with international obligations," Plenkovic said. "Our state does not want to be connected at all with actions that go against our legal system."

Plenkovic said he had asked Bozinovic and all relevant departments to provide a "complete clarification of the allegations." But he also said Croatia must protect its border and stop irregular migration.

The scenes of violence toward migrants on the Balkan route were repugnant; the hate displayed must not be covered up, former Prime Minister Jadranka Kosor said. On Twitter, she demanded that the people behind the violent and illegal pushbacks be brought to justice without fail.

That is one of the few public statements that has been made on this matter. Pushbacks are not really that big of a topic in Croatia, the investigative journalist Djurdjica Klancir told DW. She said the footage was no surprise — she had found out two years ago how the system of illegal pushbacks at the border to Bosnia works.

Klancir had interviewed a Croatian police officer who was a member of the Corridor unit. He talked in great detail about the "illegal and inhumane" practices employed by the unit, which, he says, answered directly to the Croatian police administration.

"He and his colleagues felt like the protectors of Croatia and the EU; they always had the feeling that the operation was been carried out with the blessing of the Croatian government and the EU," Klancir said. The brutality used by the police was deliberate, she said; that was how migrants were to be frightened out of their attempt to enter the EU. 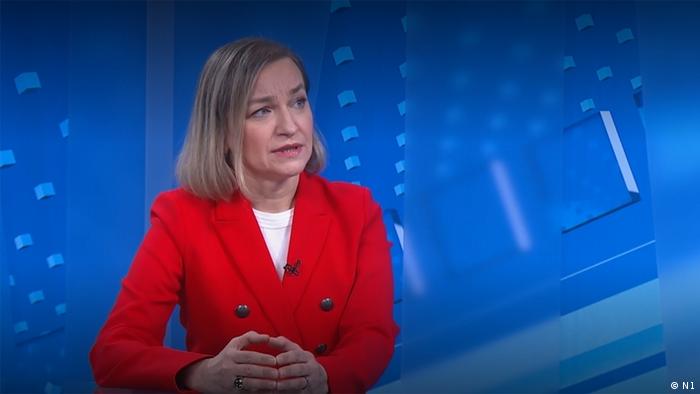 For years, refugees and migrants trying to enter the EU member state of Croatia from Bosnia have been beaten, robbed, mistreated and forced back over the border illegally. Representatives of right-wing parties argue that Croatia, which joined the European Union in 2013, has the right to protect its borders and its sovereignty. Hrvoje Zekanovic, from the Hrvatski suverenisti (Croatian Sovereignists), says he condemns all forms of violence — but, after the pushbacks were reported, he expressly thanked the police officers "because they are protecting us."

Croatia's government refuses to accept criticism for its practices. With the country a candidate to join the nominally passport-free Schengen Area, the government has even pitched the efficiency of Croatia's border guards as being in the interests of the European Union. Years ago, German Chancellor Angela Merkel even expressly praised Croatia's efforts to police its borders. "It is a system that has been practiced for years — with the tacit support of the responsible EU institutions," Klancir said.

The ombudswoman for human rights, Tena Simonovic Einwalter, has called for these incidents to be thoroughly investigated. "If Croatian police officers are really involved, it is a clear violation of Croatian law — and a breach of the European Convention on Human Rights," Simonovic Einwalter told the TV broadcaster N1. "If police officers are not involved, we potentially have a national security problem with masked groups that beat up people within the territory of the Republic of Croatia." 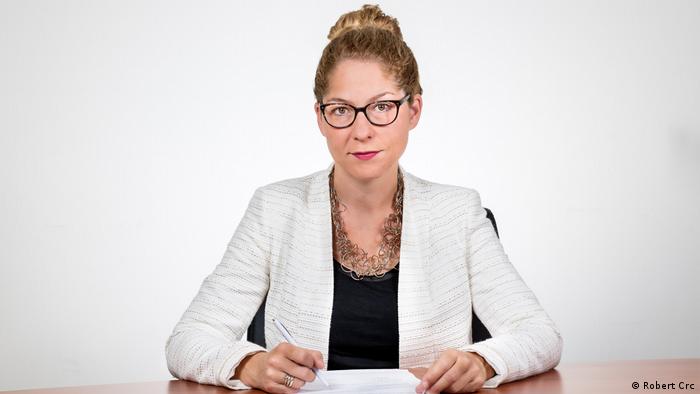 Simonovic Einwalter believes the footage indicates that laws are being broken

The pushbacks are no secret within Croatia. When then President Kolinda Grabar-Kitarovic was confronted with reports two years ago, she did not categorically deny pushbacks — and even called their illegality into question. "Of course, a little bit of force is necessary when people are deported," Grabar-Kitarovic told Swiss broadcaster SRF in 2019.

In fact, many supporters of pushbacks say no regard should be paid to rights or the law when removing people who have crossed the border without authorization. "But lawlessness cannot be an answer to lawlessness," the archbishop of Rijeka, Mate Uzinic, warned his compatriots. "As a citizen of Croatia, I am saddened and made ashamed by these images — by what they show and by what sort of society we are becoming," he wrote on Facebook. "I feel ashamed as a human being."