It's certainly not a new debate, but the controversial topic has picked up steam again - especially in Germany: Where does political criticism of Israel end, and where does anti-Semitism begin? 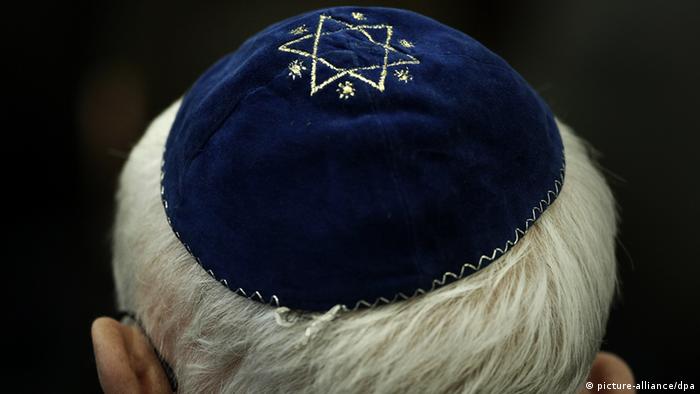 Dieter Graumann, Chairman of the Central Council of Jews in Germany, called on the German public to end the constant discussions about anti-Semitism once and for all. That was back in 2012 when Germany was intensely debating an alleged intensification of anti-Semitic actions and perceptions.

Now, the debate is back in full swing among politicians, journalists and representatives of the churches. "I would have never imagined in my life that we would ever hear such hatred against Jews in Germany again," Graumann said.

In a time span of just a few hours, some 60 comments were posted to the Facebook site of the Central Council of Jews in Germany - one in four with a clear anti-Semitic message, according to the Central Council. Police investigations have been launched in some cases.

At the core of anti-Semitism debates in recent years in Germany: how is anti-Semitism defined? Does criticism of Israel's Palestine policy, regardless of which government is in charge at any given moment, qualify for anti-Semitism? 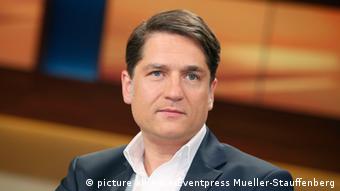 Two years ago, Jewish NGO Simon Wiesenthal Center published a controversial 'black list' of the world's ten worst anti-Semites. Number nine on that list: Jakob Augstein, a German journalist and son of founder and publisher of German magazine Der Spiegel, Rudolf Augstein. In opinion pieces for 'Spiegel Online', Augstein Junior would regularly carry out a critical appraisal of the Palestine policies by the Israeli government. Israel was a democracy that was acting like an occupying force in Gaza, oppressing the Palestinians, Augstein wrote. The result: Augstein was accused of anti-Semitism.

Augstein fired back in 'Der Spiegel': He was aware, he wrote, that as a German he couldn't write about Israel in the same way as somebody from Switzerland or Spain could. As a German journalist, he was experiencing a conflict of roles, he continued. The German in him, he said, was urging him to treat Israel carefully, while the journalist in him wanted to be honest. He went on to demand the right to say so when Israel was in the wrong. Everything else, said Augstein, was neurotic journalism.

Criticism of Israel is a highly sensitive topic in Germany. People who criticize the state of Israel are accused of being anti-Semitic faster than in other European countries - even if there are definitions of where criticism of policies ends and anti-Semitism begins. The European Union has the following criteria: demonizing Israel and questioning the state's legitimacy spells anti-Semitism. Equating Israel's policy with German Nazi methods and holding the Jewish community as a whole responsible for what Israel does is considered anti-Semitic behavior as well. Graumann expands this definition to include Jewish world conspiracy, as well as holding 'all Jews' responsible for all evil in peoples' co-existence. 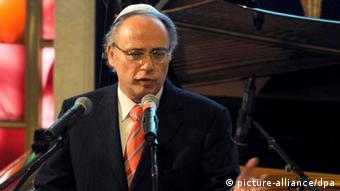 Graumann was shocked about the recent hatred on Facebook

But historian Wolfgang Benz argues against the current panickiness about a potential new rise of anti-Semitism in Germany. He was the director of the anti-Semitism research center with Technische Universität (TU) Berlin until 2011. According to Benz, the latest developments are no indication that anti-Semitism in Germany has taken on a new dimension. He has been researching the phenomenon for 30 years. Anti-Semitism has been on the same level all this time, he said.

However, the mood towards the state of Israel has changed, he said. Israeli policies were no longer supported, said Benz, but that was not the same as anti-Semitism, he added. According to a survey conducted by German public broadcaster ZDF, 18 percent of German citizens blame Israel for the current conflict in the Middle East. Only nine percent said Palestinians were mainly responsible.

Automatic closing of ranks between politicians and journalists

Nowhere in Europe does real or perceived anti-Semitism trigger reactions that are as intense and massive as in Germany. There tends to be an automatic closing of ranks between politicians and journalists who often take to attacking the drivers behind acts of anti-Semitism long before the accusations are confirmed - out of a historically grown sense of shame. 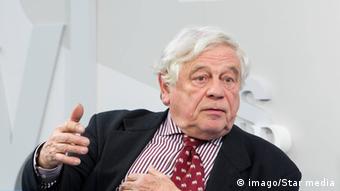 Benz says anti-Semitism in Germany is not on the rise

Rolf Verleger, a former member of the Central Council of Jews, has his very own explanation. He holds politicians and the media at least partly responsible for anti-Semitic slogans heard in German streets. If politicians and journalists keep saying that whatever Israel is doing is right; and if even members of the Jewish community in Germany say that whoever is against Israel is against Jews - that naturally provokes anti-Semitic slogans, he said. Verleger added it was important not to go along with every stupid move by the Israeli government.

The foreign ministers of Germany, France and Italy have condemned anti-Semitism after several protests over Israel's Gaza offensive turned violent. They pledged to do everything in their power to combat the problem. (22.07.2014)