Russia says it is pressing for "silence" in Aleppo after being urged by the US to help end the carnage in Syria's northern hub. Top diplomats are in Geneva, trying to salvage a February ceasefire. 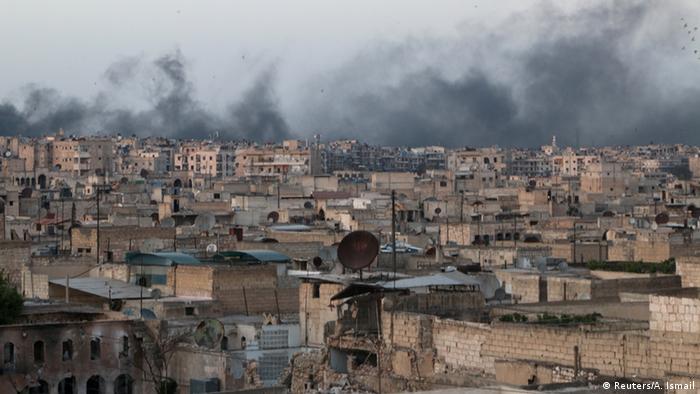 A senior Russian official in Syria has urged "all sides" to support a fresh peace initiative as US Secretary of State John Kerry consults Arab ministers and UN peace envoy Staffan de Mistura in Geneva.

The death toll from the most recent airstrikes in the Syrian city of Aleppo has risen to 30. Damascus and Moscow have both denied accusations from the opposition that they carried out the strike on the al-Qudos hospital. (28.04.2016)

The head of Russia's coordination center in Syria, Lieutenant General Sergei Kuralenko told Russian news agencies Sunday that talks were underway to establish a "regime of silence" in Aleppo.

Rebel-held areas were hit by air strikes after rebels reportedly shelled government-held western areas of the city, according to monitors.

Syrian Observatory monitors on Sunday claimed that the regime of President Bashar al-Assad had dropped barrel bombs from aircraft on Castello Road, the only escape route for civilians from Aleppo.

At least 253 civilians, including 49 children, have been killed in divided Aleppo sine April 22, according to the Britain-based Syrian Observatory for Human Rights. 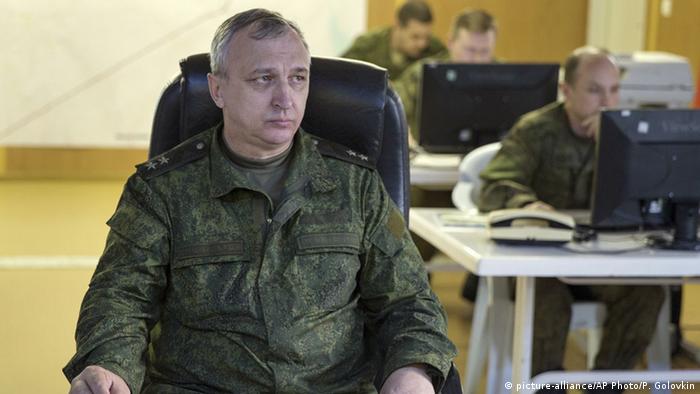 Assad's military said a "regime of calm" or lull applied - with the exception of Aleppo - in Damascus and some of its outskirts, as well as parts of the northwestern coastal province of Latakia.

Saudi Foreign Minister Adel al-Jubeir, while en route to meet Kerry in Geneva on Monday, accused the regime of Assad of committing "war crimes" in Aleppo.

"It's an entire package - the cessation of hostilities, the resumption of negotiations, and the humanitarian access," Judeh said.

"All three" had to be acted on simultaneously, he said. 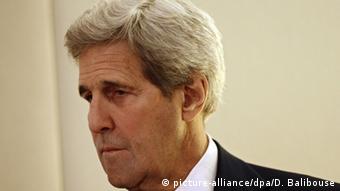 US State Department spokesman Mark Toner said Washington's aim was a cessation of hostilities in "specific areas" that would be "extended elsewhere."

"It's a test for the Russians and for the regime, as well as the Syrian opposition," Toner said, referring to talks Kerry had held in recent days.

Russian Foreign Minister Sergei Lavrov, who with Kerry forged the February ceasefire, was not expected in Geneva this time.

Numerous rebel groups rejected the regime's rhetoric, saying any truce must include all areas of fighting stipulated under the February deal as "one bloc."

Excluded from the February deal were jihadist groups such as "Islamic State" and the al-Nusra Front, which remain targeted.

On social media, a hashtag #AleppoIsBurning has emerged, with protests planned this week.