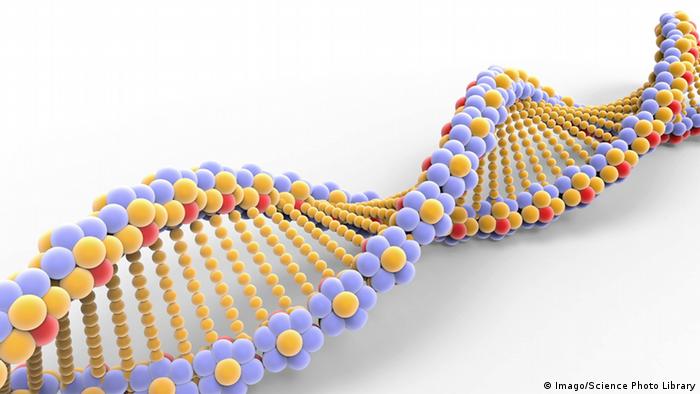 At the end of November 2018,  Chinese biophysicist He Jiankui reported at a symposium in Hong Kong that he had conceived two children through artificial insemination. The big news: he had manipulated their genetic material with the help of the CRISPR/Cas9 "genetic scissors" before implanting the embryos.

This is probably the world's first case in which the human germline  has been genetically manipulated. Changes like this will be passed on to future generations.

Ethicists and experts from a wide range of disciplines sharply criticized He's approach at the time: They said he had created a dangerous precedent and committed a grave ethical breach. Later, the Chinese government issued strict rules preventing future attempts at germline manipulation.

Moreover, there was no medical need for the genome editing and it was completely unclear whether the children or their possible offspring would be hit with undesirable health consequences later in life.

Now a study by Xinzhu Wei and Rasmus Nielsen from the University of Berkeley in the US state of California confirms the fears of critics at the time: People who have a comparable natural genetic modification die much earlier on average than people without it. The study was published in the journal Nature Medicine. 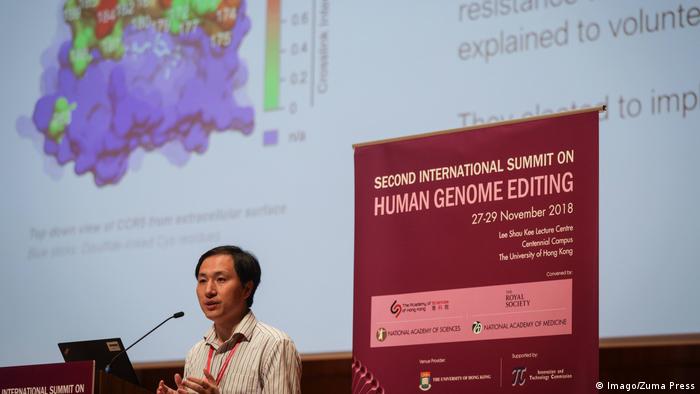 The scientific community was shocked when they learned about He's genome editing experiment.

Immunity to the HI virus by removal of a gene

He Jiankui had justified his germline intervention with the fact that the father of the children carried the HI virus (HIV), which triggers the immunodeficiency disease AIDS. He claims that his intention was to make the children immune to HIV through the genome editing.

And this is how He proceeded: HIV uses a cell protein encoded by a specific gene called CCR5 to attack cells of the immune system. Using the CRISPR-Cas9 gene scissors, the biophysicist removed the CCR5 gene from the genome before implanting the embryo in order to prevent a potential infection of the children with HIV.

CCR5 is the most important gateway for HIV, but there are others, too, that were not closed by He's genetic manipulation.

Some people are immune by nature

The biophysicist argued that there are many people who naturally do not carry a CCR5 gene in their genome. There are an estimated 100,000 people with this mutation, called Delta 32, in the world.

The mutation also makes them immune to the HI virus. According to He, these people are otherwise healthy.

But this appears to not be entirely true, as the study from Berkeley now suggests. Xinzhu Wei and Rasmus Nielsen have statistically searched the world's largest human gene database, the UK Biobank, to find out whether other health risks are associated with the absence of the CCR5 gene or with the natural mutation Delta 32.

Small changes in genes can lead to unpredictable health issues

The UK Biobank lists the gene variants (genotype) and the related health and other physical characteristics (phenotype) of more than 400,000 people.

The researchers found that people with a twofold Delta 32 mutation, who completely lack CCR5, have a 21 percent lower probability of reaching 76 years of age than those with no or only one Delta 32 mutation.

This is probably due to the fact that the CCR5 gene is important for human health. Removing it may make patients susceptible to other diseases. It is a functional protein that has an effect on the organism, Nielsen stressed in a Berkeley University statement.

A previous study had shown that people without this gene die four times more often from influenza than people carrying CCR5.

Nielsen concludes that a mutation that destroys the protein is probably not good for humans or animals. And Wei agrees that the CRISPR technology is far too dangerous to currently be used for germline processing.

Read more: ECJ judgment: Is CRISPR-Cas9 "genetic engineering" at all?