ECJ judgment: Is CRISPR-Cas9 "genetic engineering" at all?

On Wednesday, the European Court of Justice will decide whether CRISPR-Cas9 is really "genetic engineering". In that case, food cultivated with it would have to be labelled accordingly. What is the verdict about? 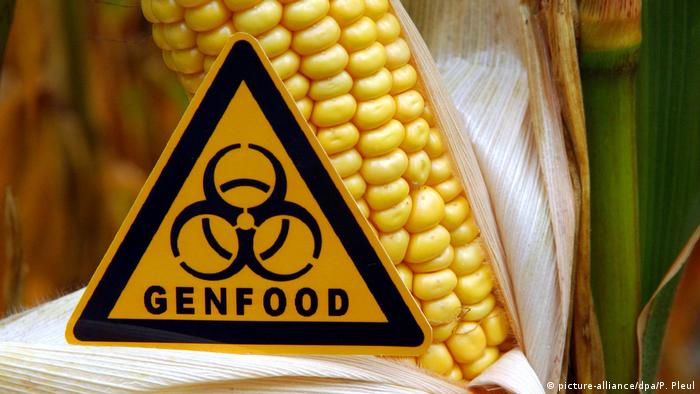 To laymen, the topic which judges of the European Court of Justice (ECJ) will have to assess on Wednesday in Luxembourg sounds academic: Is the CRISPR-Cas9 gene editing technology, also known as "enzyme scissors", to be classified as "genetic engineering" or not?

Even among experts, the debate has caused some frowning: Hadn't both researchers and the media alike celebrated the discovery of the CRISPR-Cas9 mechanism by molecular biologists Emanuelle Charpentier and Jennifer Doudna in 2011 as a decisive breakthrough in genetic engineering?

However, it's not that simple: The issue that the court has to decide upon is anything but academic. Above all, it has a very direct effect on all of us: What kind of food will we eat in the future? And will we know what we are eating?

So far, according to European law, CRISPR-Cas9 is not formally considered genetic engineering. This is because the EU directive for genetically modified organisms was issued before the CRISPR-Cas9 mechanism was discovered. Only traditional genetic engineering methods in the field of cultivation and breeding are included, but not the enzyme scissors.

With conventional genetic engineering methods, individual genes with certain properties are introduced into the genome of other organisms. This can, for example, be achieved by using transport viruses, a complicated and lengthy process.

CRISPR-Cas9, on the other hand, allows researchers to precisely cut out individual gene segments from the genome and replace them with other segments. It is therefore possible to breed mutants that have desired properties. However, they do not require the genetic material of other organisms. Additionally, unlike other genetic engineering methods, it is almost impossible to subsequently prove the use of CRISPR-Cas9 in the genome. The mutations are indistinguishable from naturally ocurring changes.

Biomedicine, plant breeders and molecular biologists have high hopes for the CRISPR-Cas9 technology because the desired varieties can be developed much faster and are less risky than with conventional genetic engineering methods. This could lead to plant varieties that are resistant to certain parasites or produce good yields even under complex climatic conditions.

The advocates of CRISPR-Cas9 fear that the inclusion of gene editing into the relevant EU directive would put the brakes on research and breeding, as products cultivated with the help of CRISPR-Cas9 could no longer be marketed as "GM-free".

Furthermore, there is a danger that promising research projects could no longer take place because many donors and universities prohibit research with and on genetically modified organisms. This would put European research at a disadvantage, the advocates of the method say.

Environmentalists, organic farmers and opponents of genetic engineering who started the lawsuit against CRISPR-Cas9, argue that the risks of genetic editing can not yet be assessed.

Just recently, studies have shown that undesirable mutations can also occur when the technology is used. Especially in areas of genetic material that are far removed from the actual target region of the gene editing technique.

The opponents of gene editing therefore argue that a labelling obligation in the sense of consumer protection is necessary. Customers would have to decide for themselves whether they want to buy genetically modified products or not.

Companies are on the verge of selling lab-grown meat. The new products are touted as environmentally friendly, but is it what consumers want and where exactly are the lines when it comes to genetic engineering? (20.07.2018)

Is it right to hack the genes of an unborn child to reduce its risk of developing cancer or some other debilitating or fatal disease? British medical experts say it could be, if certain conditions are met. (17.07.2018)