Is it right to hack the genes of an unborn child to reduce its risk of developing cancer or some other debilitating or fatal disease? British medical experts say it could be, if certain conditions are met. 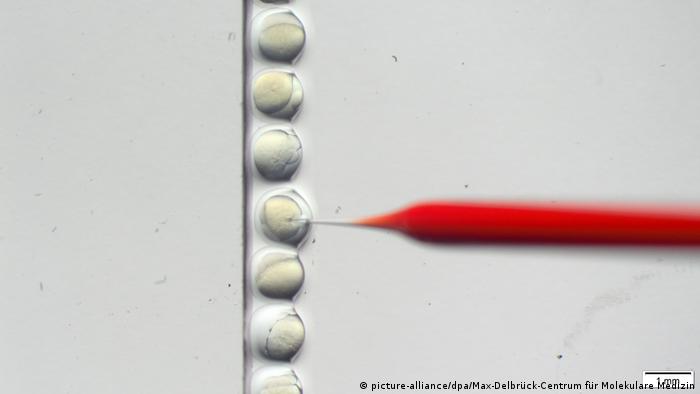 Perfecting the genes of unborn babies could be ethically permissible in the future, a British medical ethics panel said on Monday.

Recent technological breakthroughs that allow doctors to edit an embryo's DNA to reduce the risk of developing diseases later in life are banned in many countries.

But the report by the Nuffield Council on Bioethics found that legal changes should be made if gene editing procedures secure a person's welfare and do not increase disadvantages, discrimination or divisions within society.

"The potential use of genome editing to influence the characteristics of future generations is not unacceptable in itself," said Karen Yeung, a professor of law, ethics and informatics at Britain's Birmingham University, who chaired the panel.

But opponents of gene editing warn that permitting the practice could lead to the creation of super humans who have an unfair genetic advantage over others.

Campaigner David King from the British Human Genetics Alert group said the Nuffiled report advocated the creation of "designer babies" and was an "absolute disgrace."

"We must have an international ban on creating genetically engineered babies," he said.

Gene editing's ethical affirmation came in the wake of a separate warning that one of the most promising technologies — CRISPR/Cas9 — may be more dangerous than originally thought.

Scientists testing the six-year-old technology on mouse and human cells found that it led "frequently" and "extensively" to unintended gene mutations, according to a study published on Monday in the journal Nature Biotechnology.

"We found that changes in the DNA have been seriously underestimated before now," said Allan Bradley, a professor at Britain's Wellcome Sanger Institute who co-led the study.

The findings dovetail with the results of a separate study published last month suggesting CRISPR/Cas9 could increase the risk of cancer in some cells.

Shares of biotechnology companies that use CRISPR/Cas9, including CRISPR Therapeutics, fell sharply following the study's publication.

CRISPR Therapeutics said it did not use the same methods that were used in the study, but admitted it had seen "similar findings" in its own work.