Gene editing: The key to food security in a warmer world? | Environment | All topics from climate change to conservation | DW | 05.01.2018 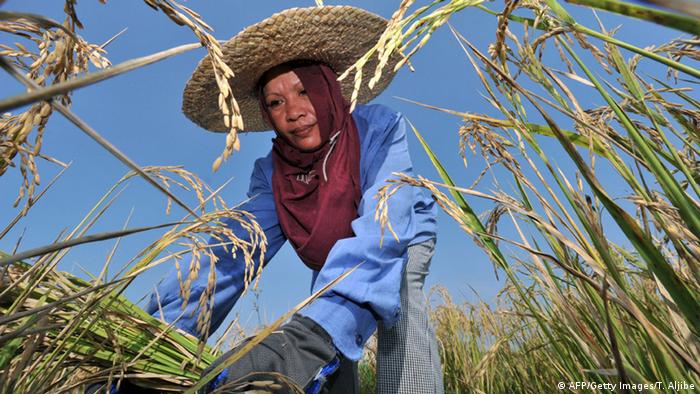 Farmers in Zimbabwe are struggling to adapt to changing weather conditions. Maize crops narrowly pull through a drought, only to be drowned in heavy rainfalls months later.

It's a pattern familiar across the globe. Rising temperatures and irregular rainfall are making food production more difficult.

And things look set to get worse over the coming decades. More than a quarter of the world's land could face permanent drought if the global temperature rises by 2 degrees Celsius, according to a recent study published in Nature Climate Change.

Global warming is also increasing the spread of plant diseases and infections that flourish in hot, damp conditions.

The Intergovernmental Panel on Climate Change warned in it latest report, from 2014, that climate change could impact all aspects of food security, including production, access and prices.

Global food production could fall by more than 20 percent by 2050, researchers at the Center of Development Research at the University of Bonn have calculated. At the same time, the global population is projected to reach 9.8 billion in 2050. 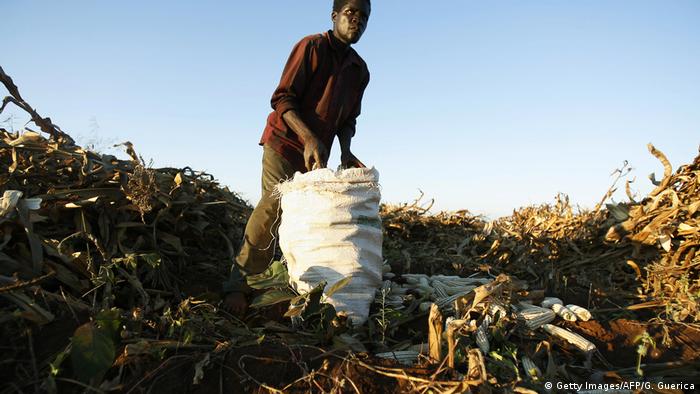 Farmers in Malawi regularly suffer from poor harvests due to drought

To avoid a climate-induced food crisis, the way we produce and distribute food must adapt to a changing environment.

One solution could be gene editing crops to make them more resilient and increase crop yields.

At the Justus Liebig University in Gießen, Germany, scientist Karl-Heinz Kogel is fighting diseases that affect wheat and other crops. His new weapon is the gene-editing technique CRISPR-cas9. It allows him to literally edit organisms, removing bits of DNA responsible for undesirable outcomes.

Recently, he and his team edited the wheat genome to create a new variety that's resistant to mildew. "It was an immense breakthrough," Kogel told DW. "It would have not been possible though natural breeding because wheat has a very complex genome."

Scientists are hailing gene-editing tools such as CRISPR-cas9 for allowing quick and precise changes to the DNA of plants. The speed of the process is especially useful for making crops more climate-resilient, as scientists can react quickly to new diseases, Kogel says.

Fungal infections are expected to spread into the northern hemisphere as the climate becomes warmer and more humid.

One of the diseases feared to invade Europe is the wheat stem rust known as Ug99 — it was discovered in Uganda in 1999 — that has already wreaked havoc in Africa and the Middle East. It's moving slowly north and is projected to destroy entire harvests in Europe, too. 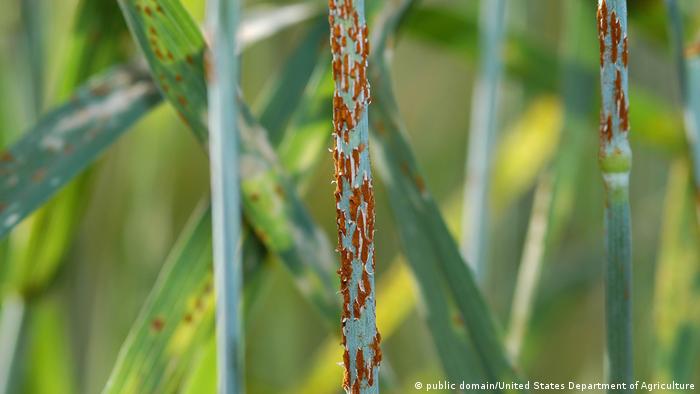 Adapting crops to new conditions through natural breeding can take at least 10 years. With CRISPR, scientists can adapt crops within weeks. Given time for testing and re-testing, and a disease-resistant plant could be on the field within two years, Kogel says.

Across the Atlantic, US scientists are working on gene editing for food security, too.

"Current rates of crop yield increase won't meet the planet's future agricultural demands as the human population grows," Lippman said in a statement. "One of the most severe limitations is that nature hasn't provided enough genetic variation for breeders to work with."

The researchers have edited the genes of a tomato in three different ways to make three distinct changes in the way the plant grows: fruit size, branching pattern and overall shape.

This method allows scientists to tailor a plant to specific needs and environmental conditions, as well as to increase crop yields, Lippman says.

His colleague Heike Sederoff, a researcher at North Carolina State University, has used CRISPR to increase the amount of oil produced by oilseeds. She believes gene editing is the future of agriculture.

"It will greatly enable us to engineer plants for better abiotic resistance against any environmental effect — from drought and flooding to temperature changes and changes in pest virulence and mobility," Sederoff told DW.

"New genetic engineering techniques should be treated like loaded guns. They are unpredictable and potentially disastrous," Dana Perls, senior food and technology campaigner at Friends of the Earth, told DW. 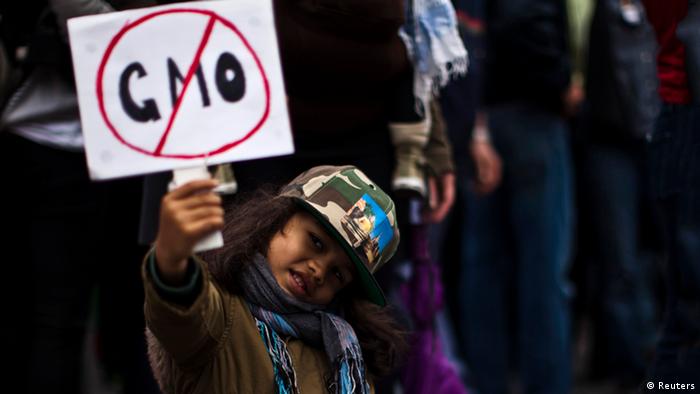 She warns not to take the new methods lightly and calls for strict regulation.

"We need international governance, market and environmental regulation and long-term, peer-reviewed environmental and health risk assessments on these new technologies before we even begin the discussion on a role they might play in the future of food," Perls said.

In the United States, the first gene-edited mushroom that resists browning can already be cultivated and sold. The US Department of Agriculture has decided not to send them through their regulatory process.

In Europe, genetically modified food is heavily regulated. But regulators are not sure yet how to classify gene-edited products.

Genetically modified organisms (GMO) have had genetic material added to them from other organisms. So far, CRISPR has only been used to remove bits of DNA.

Proponents say from a scientific point of view, gene editing is a completely new way of altering genes.

"Plants that were produced with CRISPR cannot be distinguished from plants that were naturally bred," Kogel says. "And unlike natural breeding, gene editing allows for deliberate and precise changes with extremely little risks."

The EU is still debating whether to regulate gene-edited plants in the same way as GMOs. The European Commission held a meeting with Europe's Bioethics Committee in October to address the topic but is yet to make a decision.

"Super bean" is the catchy word for a bio-fortified variety of beans developed in Uganda. They’re nutritious, grow fast and are a good basis to feed Uganda’s growing population. (22.12.2017)