Crimeans bet on Russian rubles | Europe| News and current affairs from around the continent | DW | 10.03.2014

In Simferopol, few seem to doubt how the upcoming referendum on joining Russia will turn out. There's a widespread sense that Putin has already decided the outcome, and the focus is turning to practical matters. 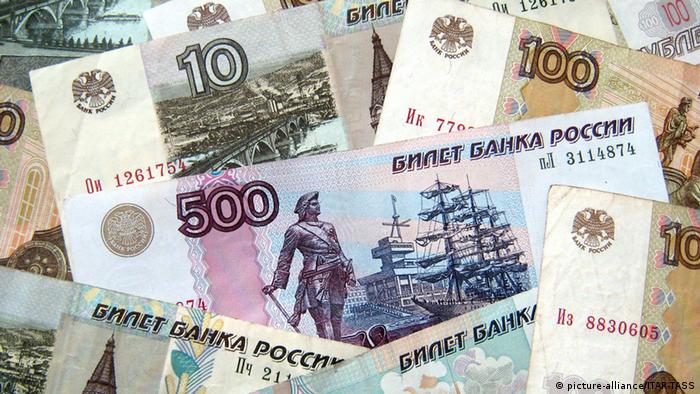 When it rains in Simferopol, a city of 350,000 on the Crimean peninsula, the potholes in the streets turn into miniature lakes. But the cars don't slow down. They ruthlessly splash mud on nearby pedestrians.

"Buy umbrellas. Spend your hryvnia!" a vendor at a small shop next to the train station shouts. Hryvnia is the Ukrainian currency.

"Buy the most expensive umbrella!" he goes on. "Soon, we'll be using the ruble, anyway."

In a grocery store, the saleswomen are diligently sticking new price tags on the goods. Irina stands in front of the shop. She's a doctor in a hospital for war veterans, and she doesn't want to give her full name. She says she speaks Russian, Ukrainian and English, and while she insists that she has an international and tolerant attitude, in Crimea she wants to speak Russian exclusively. In her view, the peninsula is and will remain Russian. 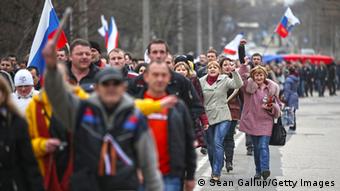 "Call me in a week, then I'll be a winner," she says in reference to the referendum as to whether the Autonomous Republic of Crimea will join the Russian Federation. The vote was originally planned for May 25 - the date set for Ukraine's new presidential election. But the referendum has been moved up to March 16.

"Can I ask you for a cigarette?" a well-groomed man says. He is not begging but has rather run out of cash. "I have two bank cards. And I have money in my accounts, but no ATM accepts my cards. How can I explain to my girlfriend that I can't pay for the train tickets to Melitopol?" he asks.

Melitopol is a Ukrainian city in the Zaporizhia region, less than 250 kilometers from Simferopol, the regional capital. Crimea's potential secession from Ukraine - a possibility the locals here are now counting upon - is already causing transaction problems. Suddenly, Ukrainian banks are no longer processing salary payments. Only the Russian banks are doing so. That's why many people now need new bank cards.

"Stupid referendum," the taxi driver Vitali says angrily. "Who will count the votes? Who will control it? How is it possible to organize the referendum in just one week? But nobody cares!"

Vitali believes that Putin already decided the outcome of the referendum. Many others in Simferopol believe the same. 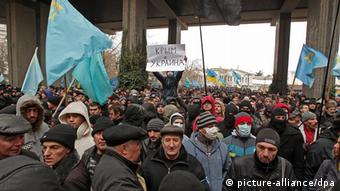 The Tatars want Crimea to remain part of Ukraine

Vitali is Russian. He says he doesn't care if the Crimean peninsula belongs to Russia or Ukraine. However, he feels fearful and ignored by both Moscow and Kyiv. The taxi driver watches exclusively Russian television, and he believes that radicals from western Ukraine took power in Kyiv.

"They want to terrorize Crimea with truckloads of explosives. That's what they say in TV, so it has to be true."

He doesn't have any problems with the Tatar minority. "It's an absolute lie when it's said that Russians and Tatars don't get along with each other. My neighbor is a Tatar. When he goes to a party, his children stay with me. And when I go for a drink, he looks after of my children," Vitali said.

Among neighbors, coexistence between Russians and Tatars seems to work well. But many within the Tatar community are very worried about the possibility of Crimea joining Russia.

Refat Chubarov, the leader of the Mejlis - the self-government of the Tatars - called for a boycott of the referendum. For him and many of like him, memories of the deportations during the Stalin era remain very much alive.

But it seems the ethnic Russians on Crimea are now largely looking ahead to the future. One of their main concerns? Spending their last hryvnias and getting new bank cards.