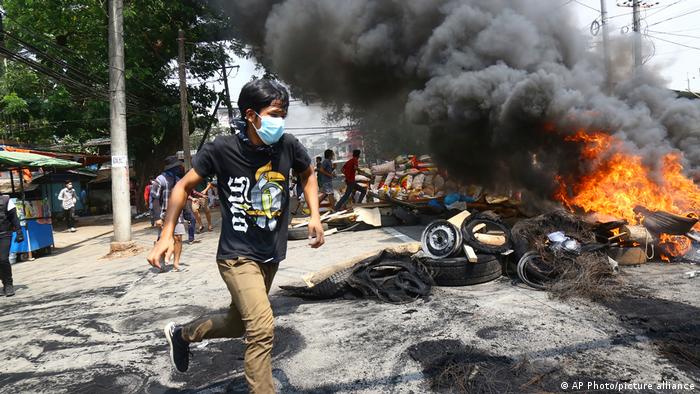 Over 550 civilians have been killed since the Myanmar coup in early February, according to activists

"Cruelly, those who gave the most were often protected the least in this pandemic. The pandemic had a devastating impact on health workers," Luther added.

In 2020, governments were required to showcase exceptional leadership to mitigate the impact of the pandemic, especially on disadvantaged groups. Amnesty International's new Secretary General Agnes Callamard blasted governments for failing to take on that role. She called on leaders to reset and reboot to build a world grounded in equality, human rights, and humanity.

"We must learn from the pandemic, and come together to work boldly and creatively so everyone is on an equal footing," she said in a press release. 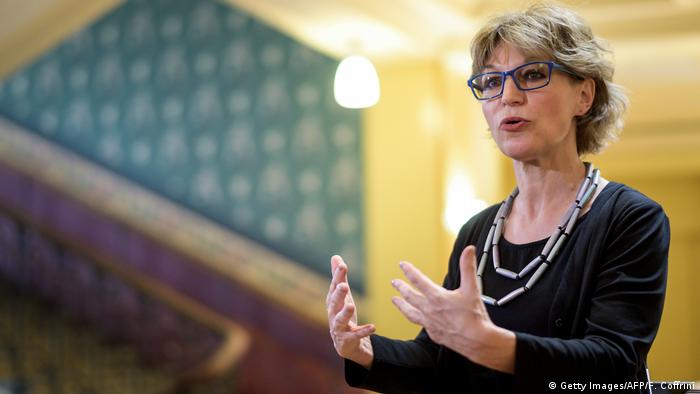 The report covers 149 countries: Here are eight examples, according to Amnesty, of human rights abuses.

Under the rule of President Abdel Fattah el-Sisi, Egyptian authorities have carried out brutal repressions of freedom of expression, clamping down on narratives critical of the government.

The onset of the coronavirus pandemic saw a new clampdown — reprisals against journalists and health workers who raised public health concerns or deviated from Egypt's official narrative on COVID-19.

"These are health workers who in Egypt expressed safety concerns and criticized the government's handling of the pandemic and other social media platforms," Luther said.

According to Luther, the investigations are still ongoing.

"This shows, in a way, the broader reality. The authorities — within the context of the pandemic — clamped down on free speech online and offline."

Over eight months after a devastating explosion on August 4, 2020, that tore through its capital Beirut, Lebanese authorities have failed to deliver investigation outcomes to the families of over 200 people who were killed in the blast.

The official account attributed the blast to 2,750 tons of ammonium nitrate stored for years at the port, but authorities failed to hold anyone accountable.

In its report, Amnesty International cited leaked official documents where authorities in customs, the judiciary, the military and security apparatus warned successive governments of the dangerous stockpile of chemicals at the port at least 10 times in the past six years.

The rights advocacy group raised concerns about the lack of independence and impartiality of the judicial council, which is tasked with investigating the blast.

"The judicial council also does not have jurisdiction to prosecute sitting or former officials, including the president and ministers," Luther said.

"That's particularly of concern in this case, given the really serious and striking allegations that state bodies were responsible for the tragic events of August 4." 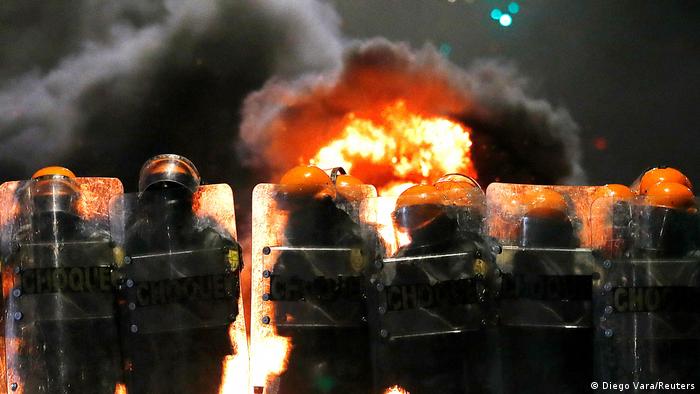 Riot police during a protest against racism, after Joao Alberto Silveira Freitas was beaten to death by security guards at a Carrefour supermarket in Porto Alegre, Brazil

Brazil's far-right President Jair Bolsonaro, notorious for racist remarks about indigenous people, has allowed the razing of the Amazon rainforest to carry on unimpeded since he took office in January 2019.

Under Bolsonaro, police violence escalated during the pandemic. Deforestation has soared while the police have tightened their grip on environmental activists.

Amnesty recorded at least 3,181 civilians killed by the police across the country between January and June last year – an average of 17 deaths per day. According to the NGO Global Witness, the country is the third most lethal in the world for environmental and human rights activists.

In 2020, the plight of Brazil's indigenous people worsened both due to COVID and illegal mining, wildfires and the seizure of land, while authorities worked to dismantle institutions monitoring and protecting these areas, according to the report.

While domestic and gender-based violence surged globally during the pandemic, the North American country drew an unprecedented attendance at protests on International Women's Day in March after two gruesome killings, the report said.

Amnesty cited the killing of a 25-year-old woman who was reportedly skinned and mutilated by her husband. A few days later in an unrelated incident, the body of a 17-year-old girl was found in a plastic bag.

"While we are not criticizing lockdowns in and of themselves, many women were denied increased barriers of protection and support during that period," Luther told DW.

In 2020, over 3,700 killings of women were reported. More than 900 of those were investigated as femicides, according to Amnesty.

"Violence against women is an epidemic of global proportions. And it is governments' failures to prioritize measures to combat violence that enabled this to happen," Luther added.

In its general overview, Amnesty called on governments to take urgent action to achieve gender justice and shield members of the LGBT+ community from backlash.

The report specifically mentioned a homophobic attack in Bulgaria — where over 70% of LGBT+ people feel compelled to hide their sexual orientation, according to a survey carried out by the EU Fundamental Rights Agency.

Football fans reportedly wanted to "cleanse" the city of Plovdiv of the LGBT+ community and attacked teenagers, injuring some of them.

Plovdiv launched a criminal investigation into the attack, which was ongoing till the end of the year.

The Scandinavian country's discriminatory housing laws once again came under the spotlight in the report, which also made mention of a rise in both verbal and physical abuse targeting minorities during a COVID lockdown from March to June last year.

Amnesty raised concerns that a controversial 2018 regulation on social housing continued to be in full effect.

The regulation labels neighborhoods comprising more than 50% of "non-Westerners" as "ghettos" and subjects residents and visitors to double the criminal penalties for certain offenses.

While Amnesty made no mention of the Danish government's plans to reform the legislation, activists recently warned that the proposed reforms would slash the percentage of people of "non-Western" origins in social housing down to 30%.

At least 550 civilians have been killed in Myanmar since the military coup on February 1, the Assistance Association for Political Prisoners reports.

But even before the military overthrew the elected government led by Aung San Suu Kyi, armed conflict had escalated in the country. Amnesty warned of "serious human rights violations," including torture and other ill-treatment of civilian detainees at the hands of government forces targeting minorities.

Last February, on Children's Day, an artillery shell landed on a primary school in the Rakhine State, injuring at least 17 students.

The military endangered the lives of civilians by occupying schools and converting them to temporary bases, potentially turning all schools into targets, Amnesty wrote.

The Kenyan police's excessive use of force took center stage in the sub-Saharan country's violations of rights, as monitored by the international organization.

In January, the police fired rounds of live ammunition at peaceful demonstrators in Nairobi, who were protesting the dire state of roads in their neighborhood, and killed a 17-year-old boy.

Opinion: Why have we failed women so badly during COVID?