Europe needs to do more to slow the spread of the recently discovered, more transmissible variant of coronavirus, the UN health body has said. It also urged flexibility over vaccine doses. 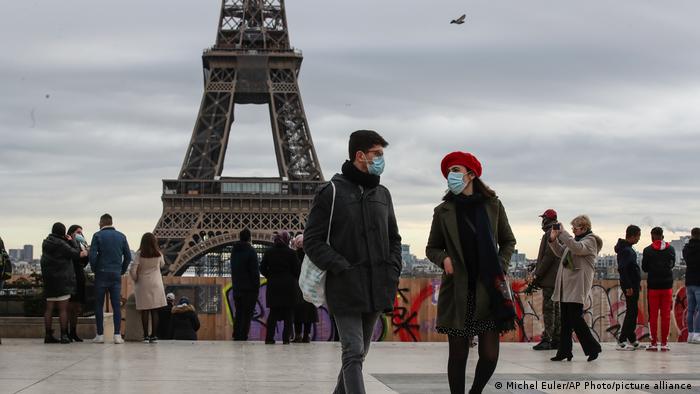 The World Health Organization's (WHO) regional director for Europe, Hans Kluge, said the continent was at a "tipping point," as cases surge and new strains of the COVID-19 virus come to light.

"This is an alarming situation, which means that for a short period of time we need to do more than we have done and to intensify the public health and social measures to be certain we can flatten the steep vertical line in some countries," Kluge said, primarily referring to the new variant discovered in the UK.

Kluge said it was natural for viruses to change with time and the new strain was not believed to cause more severe symptoms. However, he said the "increased transmissibility" of the variant was a cause for concern.

"Without increased control to slow its spread, there will be an increased impact on already stressed and pressurized health facilities," Kluge said.

Kluge said the measures proposed were those "with which we are all familiar," listing the adherence to generalized mask wearing, limiting social gatherings, maintaining physical distance and hand washing. He said these were prudent but in need of being intensified.

Such measures, coupled with adequate testing, quarantine and isolation, and vaccination, "will work if we all get involved," said Kluge.

Another variant, identified late last year in South Africa, is also known to be more contagious than the normal SARS-CoV-2 virus.

Kluge also said it was important to strike a balance between making the most of limited supplies to ensure that the most vulnerable had maximal protection and protecting as many people as possible.

The UK is delaying the second dose for some patients so that more people can receive a first dose earlier. Authorities, consider that a delay of up to 12 weeks does not impact the effectiveness of the vaccines although scientists have said they do not recommend this.

"It is important that such a decision represents a safe compromise between the limited global production capacity at the moment, and the imperative for governments to protect as many people as possible while reducing the burden of any subsequent wave on the health systems," Kluge said.