The World Health Organization has said it found a "substantial increase in transmission of the virus but no evidence yet of increased severity." 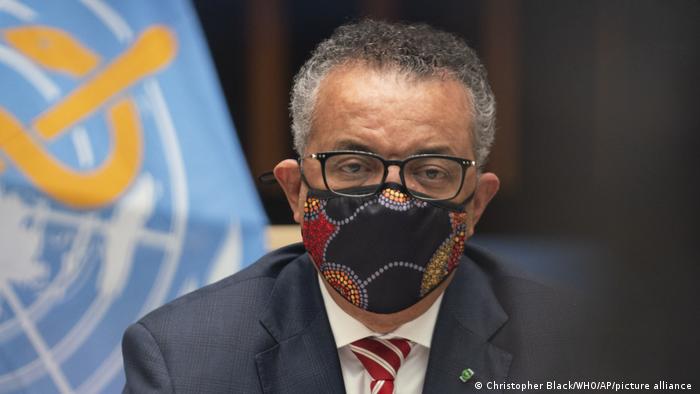 The World Health Organization (WHO) in Europe met on Wednesday to discuss the new coronavirus variant, which has wreaked havoc on the UK and caused high alert across Europe.

The WHO's European region comprises 53 countries, including Russia and several Central Asian nations. In total,the region has registered nearly 24 million coronavirus cases and over 500,000 deaths.

WHO Europe said it gathered its members to discuss strategies to counter the new, more infectious variant:

"This will be a closed, expert meeting, not a planning meeting, and is an opportunity for UK health authorities to provide an update on the situation and take associated questions," a WHO spokeswoman said.

In a tweet, the UN health organ said it found a "substantial increase in transmission of the virus but no evidence yet of increased severity" from the new variant.

WHO also said that "rapid studies" were underway to "examine clinical severity and reinfection" potential, while adding that the variant was found more frequently among younger age groups.

Hans Kluge, WHO's regional director for Europe weighed in on the recent border closures imposed by European countries on the UK, in an attempt to stop the virus variant.

"Limiting travel to contain spread is prudent until we have better info," but Kluge cautioned that "supply chains for essential goods and essential travel should remain possible."

Germany was one of the nations who banned flights from the UK and on Tuesday, Berlin extended the ban until January 6.

Health Minister Jens Spahn said that "as long as it is possible," Germany aims to prevent "potentially dangerous virus mutations from spreading in continental Europe."

Several European countries and Australia have detected the new, faster-spreading variant of COVID-19. In South Africa, authorities believe that a new variant detected there is not the same as the one in the UK.