COVID protests escalate in Germany | Germany | News and in-depth reporting from Berlin and beyond | DW | 14.12.2021 If you follow the self-proclaimed "Free Saxons" (Freie Sachsen) on the messaging service Telegram, you get the impression Germany is heading toward the abyss: Thuggish gangs are on the move. A mob rules the streets. There is a "war against vaccination opponents," led by a regime and a dictator.

In their Telegram messages, the "Free Saxons" aren't talking about criminal gangs, but about democratic institutions: The police, and also Saxony's elected state premier, Michael Kretschmer, who has received death threats.

Tens of thousands of people read these and often inflammatory missives. And it doesn't stop at reading. They also network on Telegram and often organize illegal gatherings. 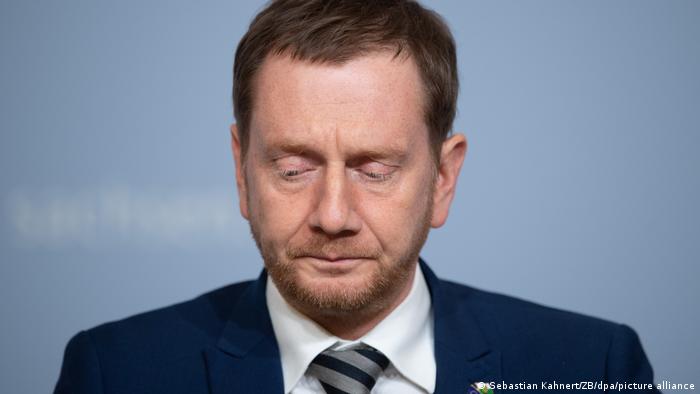 Again on Monday, December 13, they gathered in several cities. Riots broke out and several police officers were injured.

The focus is on the eastern state of Saxony. TV reports show elderly average citizens, saying they're upset about contact restrictions and mandatory vaccinations — and about the decision-making of ruling politicians.

Observers, however, consider participants at the demonstrations to be anything but harmless. Benjamin Winkler from the Berlin Amadeu Antonio Foundation has been watching developments in Saxony for years. He does not see the protests as expressions of spontaneous neighborly displeasure.

"Those who take to the streets, to a large extent, are a mixture of the far-right extremist scene, the far-right Reichsbürger scene, conspiracy theorists, hooligans, and an alternative esoteric scene," he says. The Reichsbürger movement denies the existence and authority of the modern-day German government.

Much of the protests are supported by members of the far-right Alternative for Germany party (AfD), which is strong in Saxony.

Telegram as a catalyst

The self-proclaimed "Free Saxons" are a regional micro-party, but they're currently attracting enormous attention and reach via social media — far beyond the state of Saxony. The organization is classified as far-right extremist by Germany's federal domestic intelligence services, which finds that several proponents are firmly integrated into radical and neo-Nazi organizations.

They're able to spread their hatred mainly through Telegram, a platform that does not moderate debates or sanction calls for violence made on the messaging service.

And the "Free Saxons" are taking advantage of this: They have set up a network of 100 Telegram channels and 80 regional groups in Saxony alone, according to Simone Raffael from the Amadeu Antonio Foundation. "The main channel is growing every hour. We're seeing the tone of debate becoming more and more radical."

That also applies to the protest action. Just recently, the "Free Saxons" gathered with whistles, drums, and torches in front of the Saxon health minister's house.

In Germany, this reminds many of the beginnings of Nazi terror on the streets in the 1930s. And it raises concern with those who remember the deadly shooting of politician Walter Lübcke, of the center-right Christian Democrats,  in front of his own home in 2019 by a right-wing extremist. 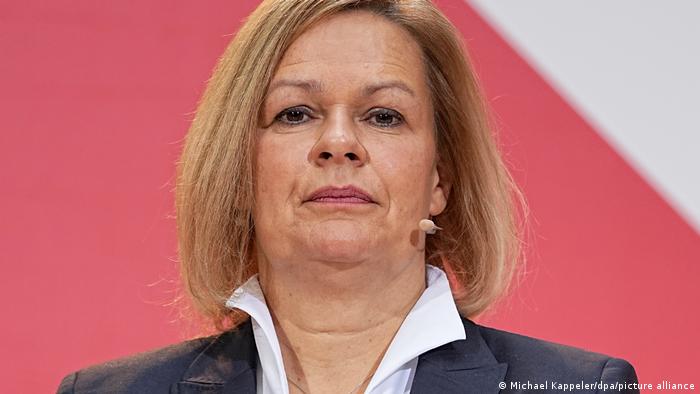 "We have to be more determined to combat hate speech and calls to violence on the internet," Faeser told the Funke media group. She sharply criticized Telegram for violating German law and refusing to cooperate with authorities. "This federal government will not accept that," she said.

There is also mounting local resistance against the militant and organized COVID protests.

Doritta Korte has been a member of the Colorido Association, a grassroots group in the city of Plauen that has been working for democracy and peaceful coexistence in Saxony for years. She, too, has observed that the far-right is becoming increasingly radical.

"We receive threats, even death threats. We find dead animals in our mailboxes," says Korte. Many members of the association are reaching the limit of what they can bear, adding that they feel there's a lack of political support. Saxony's state government is doing too little against the militant and mostly illegal COVID protests, she says. 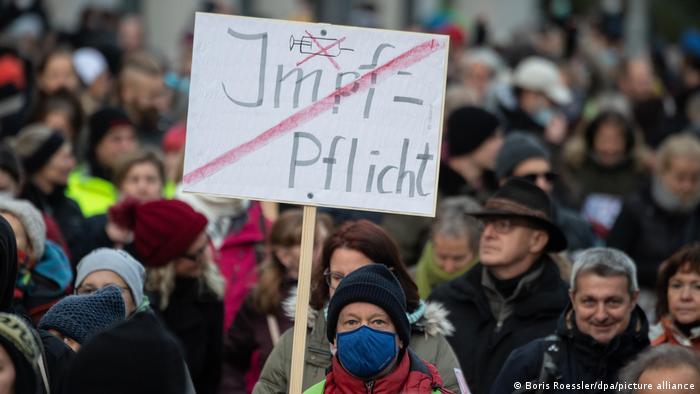 The quiet majority is getting louder

The developments seem to alarm more and more people — especially in Saxony. In many small towns, residents are getting together and launching public appeals. They accuse coronavirus protesters of using the pandemic only to "incite unrest, endanger democracy and divide society."

And those who take a stand against the far-right outnumber the violent protesters: In the city of Bautzen, for example, a few hundred far-right Reichsbürger and other extremists have been making headlines with their protest for months, but more than 3,000 people signed the "Declaration: Bautzen together" — within just one day.

While you're here: Every Tuesday, DW editors round up what is happening in German politics and society.You can sign up here for the weekly email newsletter Berlin Briefing, to stay on top of developments as Germany enters the post-Merkel era.

They join protests against measures to slow the spread of coronavirus, and reject the legitimacy of Germany's government. Some are prepared to use violence. Who are the Reichsbürger? And what is Germany doing about them?