Stagnating vaccination rates and accelerated transmission of the virus could contribute to over a quarter of a million Europeans dying from coronavirus-related problems before Christmas. 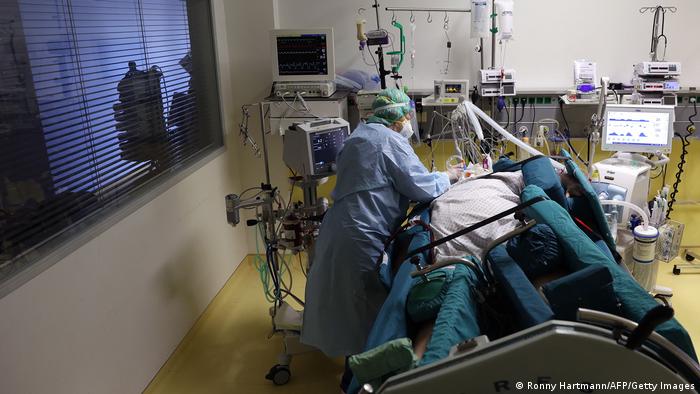 The WHO has warned of rising infection rates amid stagnating vaccinations

The World Health Organization (WHO) expressed concern Monday about the rising transmission rates of coronavirus in Europe.

"Last week, there was an 11% increase in the number of deaths in the region —  one reliable projection is expecting 236,000 deaths in Europe, by December 1," the agency's Europe director Hans Kluge told a press conference in Copenhagen.

So far Europe has recorded around 1.3 million coronavirus deaths since the pandemic began.

Why are COVID deaths set to rise in Europe?

The WHO Europe chief explained that there were three worrying factors: high transmission rates, slowing vaccinations and the easing of restrictions.

Kluge said that 33 out of the WHO Europe's 53 member states had an infection rate greater than 10% in the past two weeks, largely driven by the highly contagious delta variant.

The rapid spread of the virus was "deeply worrying, particularly in the light of low vaccination uptake in priority populations in a number of countries," Kluge said.

"In the past six weeks, it has fallen by 14%, influenced by a lack of access to vaccines in some countries and a lack of vaccine acceptance in others," he added.

Although around half of Europeans are now fully vaccinated, the number of people receiving shots has slowed. The rate of vaccination was lower in poorer European countries, with some only having managed to vaccinate around 10% of healthcare workers.

An "exaggerated easing" of restrictions and a surge in people traveling abroad for the summer have also added to the spread of the virus.

The WHO stance on COVID booster shots

WHO Europe also countered a claim made by the global WHO body earlier in the month that data did not support the use of COVID-19 booster shots.

"A third dose of vaccine is not a luxury booster (that is) taken away from someone who is still waiting for a first jab. It's basically a way to keep the most vulnerable safe," Kluge told the press briefing.

"We have to be a little bit careful with the booster shot, because there is not yet enough evidence," he added.

"But more and more studies show that a third dose keeps vulnerable people safe, and this is done by more and more countries in our region," he said.

Some European countries have already started administering booster shots to the most vulnerable after suggestions that the vaccine loses some of its effectiveness after several months.