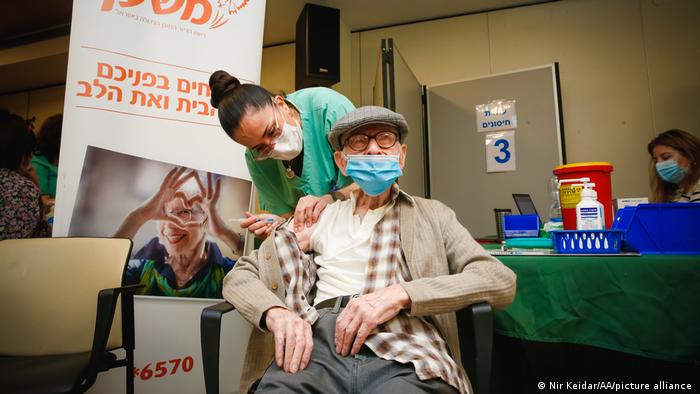 In Israel, a third dose of Pfizer's COVID-19 vaccine has significantly improved infection protection and serious illness among people aged 60 and older in Israel compared with those who received two shots,
findings published by the Health Ministry showed on Sunday.

The third jab for over 60-year-olds offered five to six times greater protection after 10 days with regard to serious illness and hospitalization.

That age group is particularly vulnerable to COVD and in Israel was the first to be inoculated when the vaccine drive began in late December.

The findings were on par with separate statistics reported last week by Israel's Maccabi healthcare provider, one of several organizations administering booster shots to try to curb the Delta coronavirus variant.

The full details of the Health Ministry's study were not released

Tens of thousands of demonstrators marched in France for the sixth consecutive weekend to protest a COVID-19 health pass required for daily activities.

According to the Interior Ministry, 175,500 people took part in the protests on Saturday.

The health pass is official documentation, with a QR scan code, that proves a person has had the COVID-19 vaccine. Many French bars, restaurants, museums and sports venues will not allow people inside unless they can show the health pass.

Germany reported 7,050 new cases and three new deaths in the last 24 hours, according to figures released by the Robert Koch Institute. The total tally now stands at 3,868,197 infections and 91,976 fatalities.

The United Kingdom will begin offering COVID-19 antibody testing to the general public in the coming week for the first time, British media reported.

Starting Tuesday, anyone above the age of 18 in the UK will be able to opt-in for the government's new program intended to produce data on antibody protections for people following infection.

Jackson, 79, was vaccinated against the virus, receiving his first dose in January during a publicized event.

He also put out a statement where he urged others to get the shot on their turn.

"For understandable reasons... African Americans harbor suspicions about scientists and vaccines," he had said at the time, adding, however, that if they "decline to be vaccinated, all will remain at risk."

The two-time presidential candidate and his wife, 77, were being treated at Northwestern Memorial Hospital in Chicago. 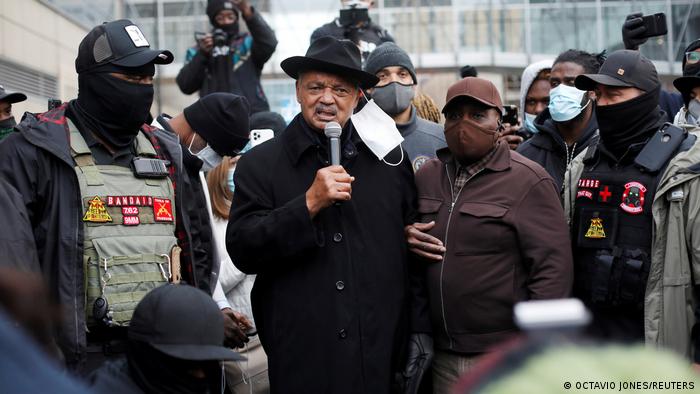 Iran has reported its highest single-day COVID-19 death toll of the pandemic, according to state media.

The official IRNA news agency said Sunday that 684 people had died of the disease since Saturday, while more than 36,400 new cases were confirmed over the same 24-hour period.

The country's previous daily record was recorded on August 16. The country reported its highest number of daily cases the next day, with more than 50,000.

A five-day lockdown in the country ended on Saturday during the country's fifth wave of the pandemic, fueled by the highly contagious delta variant.

The country also is struggling to vaccinate its population against the coronavirus. Some 7% of Iranians have been fully vaccinated.

Australia's Prime Minister Scott Morrison on Sunday defended his lockdown strategy to tackle the coronavirus in the face of growing protests in the country's two largest cities.

He said the restrictions would remain until 70% of the population was fully vaccinated.

"You can't live with lockdowns forever and at some point, you need to make that gear change and that is done at 70%," Morrison told the Australian
Broadcasting Corp.

The country reported a record 914 news cases of the highly contagious Delta variant, surpassing the previous high of 894 a day earlier.

Police arrested hundreds of people in Sydney and Melbourne on Saturday during the anti-lockdown demonstrations.

New Zealand reported 21 news cases of COVID-19 as the country conceded that its ambitious "COVID zero" elimination strategy may no longer be viable.

The Pacific island nation's response to the pandemic centered on eliminating the virus from the community. But COVID-19 Response Minister Chris Hipkins said the Delta variant may force a rethink.

"(Delta is) like nothing we've dealt with before in this pandemic," he said.

"It does change everything, it means that all of our existing preparations begin to look less adequate and raises some pretty big questions about the future of our long-term plans."

The coronavirus pandemic has not only exposed the global North-South divide — experts in South Africa and Kenya believe vaccine challenges on the continent are significantly different from elsewhere.

In the second coronavirus pandemic summer, the tourism on the vacation island remains sluggish. While many are facing existential fears, the police are grappling to get the illegal open-air parties under control.