In the second coronavirus pandemic summer, the tourism on the vacation island remains sluggish. While many are facing existential fears, the police are grappling to get the illegal open-air parties under control. 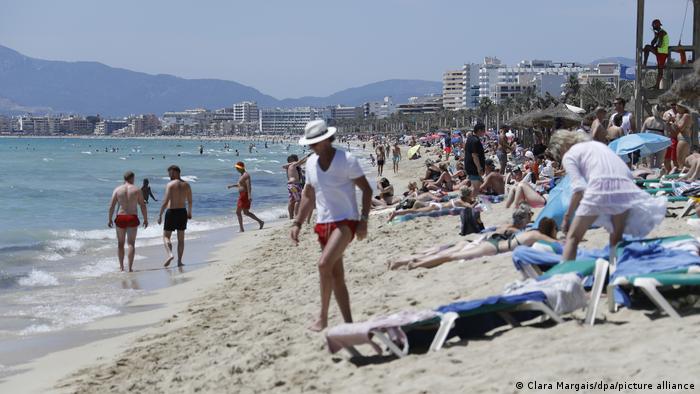 Beaches are full again, but will it be enough to save many tourism dependent businesses?

Normally, Paul Patrovsky would be working non-stop at the moment, showing tourists the hidden corners of Palma's old town, explaining the history of the cathedral's origins and telling them where to eat the best tapas. Instead, the 56-year-old guide, who is from the Czech Republic but came to Mallorca in 1988, has more free time than he would like. Demand for his services is meager in the second COVID summer on the island. "If it's four excursions a week, then it's already a lot," he says. That's significantly less than in normal years when he's out with tourist groups virtually every day in August. 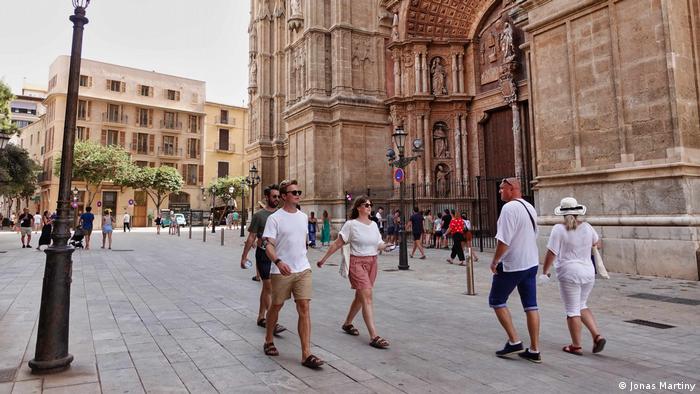 It is far less crowded around Palma's cathedral these days

Only two-thirds of the hotels are open

The current climate on the vacation island is tense again this summer. In contrast to last year, tourist travel is possible again, but not to the same extent as before the coronavirus pandemic.

Almost 2.5 million passengers traveled through Mallorca's airport in July. That is almost 50% less than in July 2019. The hotel association estimates the average occupancy rate on the island these days at 65%, whereas in normal years, everything is booked out in August. In addition, because of the low demand, just two-thirds of the approximately 700 hotels are currently open at all.

"Things are better than they were last year," Patrovsky says. "But it's not enough to get through the winter."

Tens of thousands of islanders working in the tourism sector only have a regular income for six to eight months of the year. So when business is bad in the summer, it's not enough by far for many.

"We've also had a slumping economy at home for months," says Patrovsky. His shopping is now only done at cheap supermarkets. He can only make ends meet to a certain extent because his wife has a crisis-proof government job. "Despite everything, I count myself among the privileged. Others have been hit much harder." 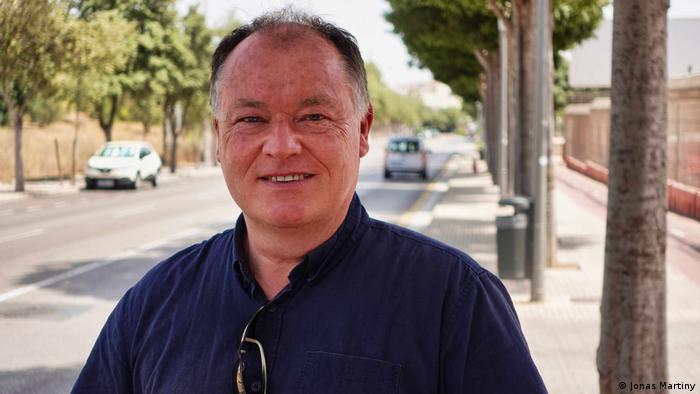 Paul Patrovsky currently has more free time than he would like

In the resorts, the hospitality sector is struggling to survive

For example, the many restaurant owners who for months were only allowed to open under certain restrictions — if at all. At times, only take-out service was permitted; later, strict limits on the number of guests were imposed.

Around 40% of businesses will not survive the pandemic, estimates Helmut Clemens, vice chairman of the hospitality association. Especially since the government's aid payments, which were promised months ago, have still not arrived. "Particularly in the tourist areas along the coast, the restaurant owners are struggling to survive," says the German-born guide, who runs several pubs on the island.

This is despite the fact that the tourism season on the island initially got off to a promising start. The COVID infection numbers were low thanks to months of restrictions, the vaccination drive had started well, and particularly German tour operators reported a high demand for vacations on Mallorca.

But then everything turned out quite differently. After the Balearic government relaxed the regulations to prevent the spread of the coronavirus, the first tourists arrived — mainly from mainland Spain and Germany — and the infection rates shot up again. 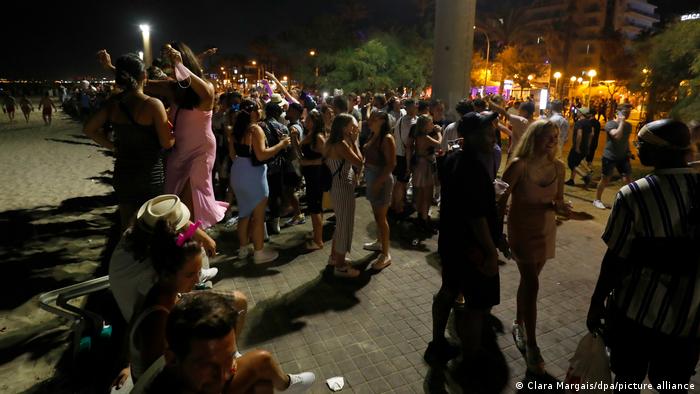 The police on call all night long

At the two most important tourist spots, Playa de Palma and Magaluf, there has been a lot of nightlife for months.

In addition, after months of deprivation, the local young people now want to catch up on everything that they were recently denied. For weeks now, the police have been on constant duty at night to break up mass drinking and illegal parties.

In the meantime, a ban on any social contact from 1 a.m. to 6 a.m. has been reinstated.

Nevertheless, the seven-day incidence skyrocketed, prompting the German government to declare all of Spain a high-incidence area in July. Because of the associated quarantine requirement for those travelers who have not been vaccinated or recovered from the disease, this was a hard blow to Mallorca's tourism industry. In addition, the Spanish Ministry of Health has now also classified several German states as risk zones — making it even more difficult for holidaymakers to enter Mallorca. 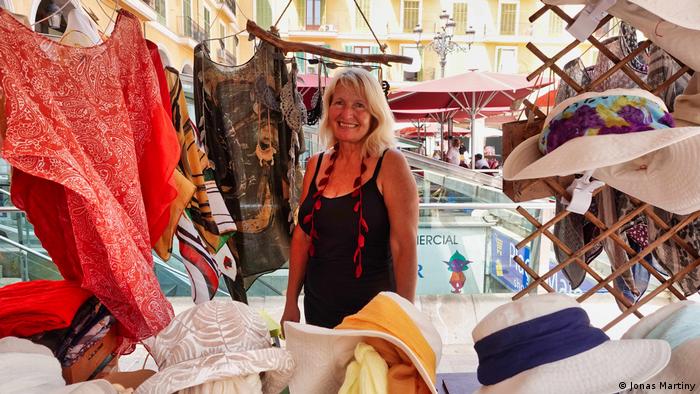 That means Palma's old town doesn't have the usual August crowds. To the chagrin of Marion Kell. The native of Holstein is a tailor, has lived on the island for many years and sells self-made hats and shirts at her stand on the Placa Major in the middle of Palma. Last year, she was very worried at times, she says. "I had real existential fears then." That's no longer the case, she says. "The business is at least running at half capacity." On top of that, she says, she received support payments as a self-employed worker. "You learn to appreciate every euro."

Paul Patrovsky is also trying to see things positively. In order not to sit around idly at home, he has applied to work as an extra on a German TV production that was made on the island. "Totally exciting to see what it's like to work there," he says.

And it's almost a bit of a shame that that's all over now. In September, he will probably be in greater demand in his actual job again. Over the course of four weeks, 39 cruise ships will be mooring in the port of Palma — with many thousands of vacationers on board who will want to see Palma's old town.

Spain dancing on a volcano as summer openings cause infections spike

COVID-19 infections are steeply rising in Spain after the government has reopened businesses to shore up a nascent recovery. As Stephanie Müller reports from Marbella, public health care could again reach its limits.