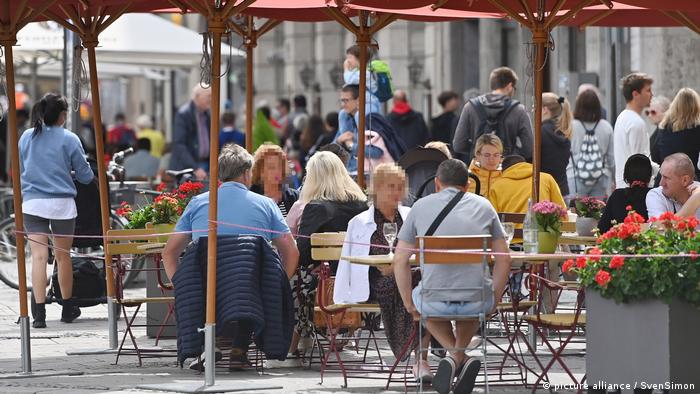 Coronavirus infections are on the up in Germany

Germany has "clearly" begun a fourth wave of coronavirus infections, according to the country's agency for disease control and prevention, the Robert Koch Institute (RKI).

Positive samples among PCR tests had risen from 4% to 6% within a week until mid-August, the RKI said in its weekly report on Thursday evening.

Rising infection numbers come as the more contagious delta variant becomes the dominant form of the virus, making up 99% of all cases in Germany, the RKI said.

The institute said that younger age groups were particularly affected by the new wave of infections.

There has been an increase in the incidence rate in Germany since the beginning of July. This was particularly noticeable for people between the ages of 10 and 49, the RKI explained.

Will there be more restrictions for Germany?

The seven-day incidence rate in Germany on Thursday was around 44 cases per 100,000 inhabitants, but with strong regional fluctuations.

For example, the northern city of Kiel has a rate of 107.4 while the city-states of Hamburg and Berlin have recorded 68.8 and 50.3. In the states of Thuringia and Saxony-Anhalt cases per 100,000 remain below 10.

Until the end of June 2021, 100 cases per 100,000 people was the benchmark at which certain restrictions on public and private life came into force. But going forward, other values such as hospital admissions are set to be taken into account when determining when to bring in restrictions.

The Robert Koch Institute said in its Thursday report that hospital admissions were currently at a low level.

Heading into a fourth wave, 63.7% of the population have received at least one vaccination dose, while 58.2% are fully immunized.