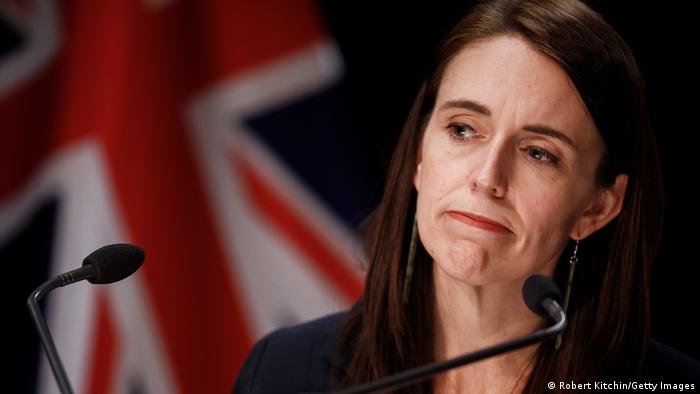 Ardern has received praise for her communication style during the pandemic

New Zealand Prime Minister Jacinda Ardern has tested positive for COVID-19, her office announced in a statement on Saturday.

Ardern had been in isolation since May 8, when her partner Clarke Gayford tested positive.

The prime minister — who was due to resume her parliamentary duties on Monday — would now be required to isolate until the morning of May 21, undertaking what duties she can remotely.

"Despite best efforts, unfortunately I've joined the rest of my family and have tested positive for COVID 19," Ardern said in a post on Instagram.

Ardern's positive test comes after she announced Wednesday that New Zealand will fully reopen to the world in August, ending one of the strictest coronavirus border curbs.

The country had enforced one of the world's toughest measures to manage the COVID-19 outbreak when the pandemic began in 2020.

Deaths from COVID-19 in New Zealand have remained among the lowest in developed nations, with a national death toll of 892.

The country, however, witnessed an omicron flare-up since restrictions were relaxed in March.

Ardern's positive case is among more than 50,000 infections reported over the last week.

Here’s the latest on the COVID-19 pandemic from other parts of the world:

Germany's Health Minister Karl Lauterbach has cautioned of a return of the delta variant of the coronavirus.

"The pandemic is not over yet. An omicron wave in the fall is indeed likely. But even the more dangerous delta variant could return," Lauterbach told the Düsseldorf-based Rheinische Post newspaper on Saturday, referring to a study from Israel.

He also announced the procurement of different vaccines.

Lauterbach said Germany should be prepared for the return of both omicron and delta variants.

"We need vaccine against both variants. It will be very expensive. But another missed fall would be unaffordable for the economy,"  the health minister said.

North Korea on Saturday announced 21 new "fever" deaths as it tackles a COVID-19 spread among its unvaccinated population.

North Korea's KCNA state media reported that 174,440 new cases of the fever were discovered on Friday.

The media outlet didn't say how many of the fever cases and deaths were confirmed as COVID-19 infections.

The new figures come two days after the country confirmed its first-ever cases of COVID-19.

In China, Shanghai on Saturday was tightening its COVID-19 lockdown for what could be the city's final week of its battle with the virus before restrictions gradually begin to ease.

The commercial hub, which is home to around 25 million people, has been under a tough lockdown for the last six weeks.

Meanwhile, the capital Beijing is tackling a much smaller but continuing spread.

China has also backed out from hosting the 2023 Asian Cup as it continues to pursue its strict zero-Covid strategy.

The Asian Football Confederation (AFC) announced the news on Saturday. It follows the decision to withdraw from hosting the Asian Games, an Olympic-sized event set to take place in September, earlier this month.

The decision is seen as a blow to China's ruling Communist Party which has often used grand sporting events, such as the 2008 Summer Olympics and the 2022 Winter Olympics, to improve its international image.

Rwanda has ended its requirement for people to wear face masks in public. Travelers will also only have to take an antigen test rather than a PCR test from now on.

The central African country has one of the highest rates of vaccination on the continent with around a third of its 13-million-strong population already having received a booster shot.

People are required to be fully vaccinated — including a booster shot where possible — to access public places and public transport.