COVID city limits: Berlin to restrict how far you can travel | Germany | News and in-depth reporting from Berlin and beyond | DW | 13.01.2021

COVID city limits: Berlin to restrict how far you can travel

The German capital is set to join other parts of the country in implementing a 15-kilometer travel restriction for residents. The measure is a response to the high rate of coronavirus infections. 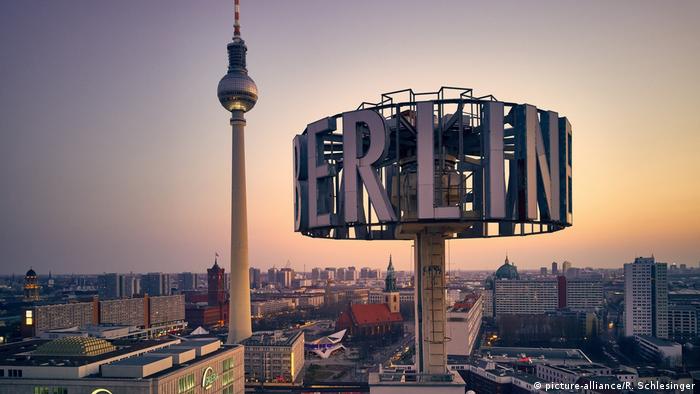 Berlin already has two rings around it: one a highway, the other a regional transit line. Starting Saturday it will likely get a third: a "corona ring." That is when residents will be prohibited from traveling 15 kilometers (9 miles) beyond Berlin's city limits, based on the pandemic incidence rate.

The decision follows similar measures across Germany. The federal and 16 state governments agreed to this as part of the latest round of tougher pandemic restrictions. In general, the 15-kilometer boundary gets triggered each time a district sees more than 200 new infections per 100,000 people within seven days.

In a special session on Tuesday, Berlin's government, the state Senate, decided that the rule would stay in place until the incidence rate keeps below 200 for seven consecutive days.

"The goal of everything we're doing is to reduce travel and contact," Finance Senator Matthias Kollatz told reporters after the session. "The 15-kilometer rule, when the rate hits 200, aims to achieve a further reduction."

Berlin has exceeded the 200 figure before. And on Wednesday this week, it was 199.9, with higher tallies in many parts of the city. Berlin's three "corona traffic lights" — one each for the incidence rate, the reproduction number, and ICU bed occupancy — all hit red for the first time on Monday.

The new rule, should it come into effect, might mean very little for most people in Berlin.

Germany's stricter shutdown, which was extended from January 10 until at least the end of the month, already requires a valid reason to leave home, although that is lightly enforced. People can still move about within Berlin, which can stretch almost 30 kilometers in any direction.

Nationwide, people are urged to work from home whenever possible, but those who cannot and commute from beyond the 15-kilometer radius would still be able to do so. Medical emergencies, appearing in court or at other official appointments and reaching rented or owned property are also exceptions.

Other kinds of travel would be off the table, however, whenever the 15-kilometer radius applies.

"My parents live in Bonn," Kollatz said at the news conference. "It means I would not be able to visit them."

Kollatz acknowledged that there are still many details to work out, especially in coordination with the state of Brandenburg, which encircles Berlin and already implemented the rule for its own affected districts on Saturday. The two states are closely linked, with commuters and day-trippers regularly going back and forth. Kollatz said Berlin aims to "mirror" the existing regulations in Brandenburg.

Police there have done spot checks to enforce the measure, and a police spokesman told DW that authorities will extend enforcement to Berlin residents in Brandenburg, should the restriction take effect.

"Our officers will decide what measures are necessary on a case-by-case basis. That means, where appropriate, collecting personal data and informing the relevant authorities for issuing fines, and sending those people back," Mario Heinemann said in a written statement.

How are Germans reacting to the tougher measures?

Opposition parties were quick to pounce on the new restriction. Sebastian Czaja, who leads the Free Democrat liberal party in Berlin's state parliament, called it "unenforceable" and ineffective against reducing personal contact.

The political criticism has at least some basis in scientific reasoning. Ulrike Protzer, who directs the Institute of Virology in Munich, told the German Press Agency on Monday that a blanket "15-kilometer boundary has no immediate advantage" in limiting infections. She called for more targeted, specific travel restrictions.

In discussions earlier this month about extending the shutdown, German media reported that many state leaders rejected a five-kilometer-radius proposal from a researcher for the Max Planck Institute. Other countries, such as France, are keeping people within one kilometer of their homes.

Just how much to restrict public life to keep the pandemic under control has been a constant tug-of-war between Chancellor Angela Merkel, who has favored tougher measures, and her state counterparts.

"My take on it is that they did not want to explicitly state to not leave the house except for very limited reasons," Tobias Kurth, the director of the Public Health Institute at Charite Hospital, told DW. "That may still come depending on developments in the next days and weeks."

German Health Minister Jens Spahn has said coronavirus restrictions will need to be extended into February and perhaps beyond, with people still needing to reduce contacts in the coming months.

Germany has gone into a strict lockdown. Travel has not been banned, but an appeal issued to refrain from non-essential trips. The borders remain open. Here's what you need to know about Germany's entry regulations.