Germany's coronavirus aid efforts have been plagued by fraudsters from the start. Authorities have warned that they've only just begun to scratch the surface. 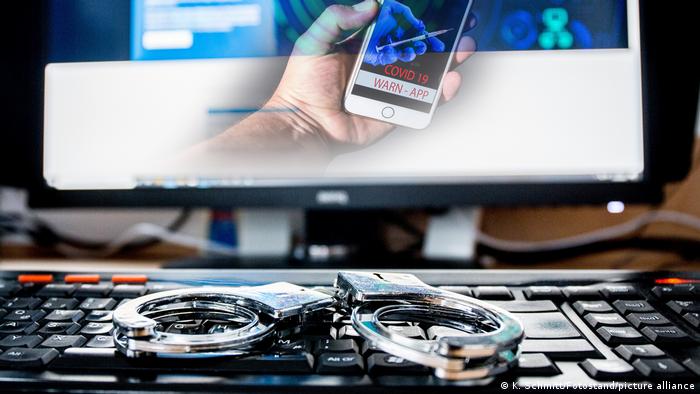 The scope of fraud plaguing Germany's pandemic relief efforts is greater than previously thought, a newspaper reported on Sunday.

About 25,400 suspected cases of fraud are being investigated by authorities in all of Germany's 16 states, the Welt am Sonntag newspaper reported.

In all, fraudsters are believed to have made off with a "significant" sum of coronavirus aid — estimated to be a "three-digit million amount," according to the report.

Which states have been hit hardest?

More than a quarter of the current cases stem from Germany's most populous state, North Rhine-Westphalia — with over 4,600 concrete cases logged so far.

Berlin has the second-highest number of cases, with 2,600, followed by the southern state of Bavaria with 1,500.

Germany: Ways out of the coronavirus crisis

The figures stem from the country's 16 state investigation bureaus and the Financial Intelligence Unit at Germany's customs office.

The actual number of cases is likely even higher, authorities said.

"This is just a small portion," said Jochen Sindberg, the head of the economic crime unit at Berlin's state investigative bureau.

He told the paper that his unit has more than 10,000 unprocessed criminal complaints about suspected subsidy fraud linked to coronavirus aid.

The financial aid programs seek to provide quick relief to small business owners and others hit by coronavirus pandemic restrictions.

Fraud issues have plagued the programs since they were launched in the early months of the pandemic in 2020.

In January, a trial opened in Munich into a man accused of attempting to defraud several German states of about €2.54 million ($3.08 million) in COVID aid payments.