Could the G20 summit usher in new globalization order? | Business | Economy and finance news from a German perspective | DW | 04.07.2017

Could the G20 summit usher in new globalization order?

This weekend's G20 summit in Hamburg comes at a time of upheaval in the global economy, as national interests gain the upper hand in some regions. DW asks whether the summit may signal the start of a new trading order. 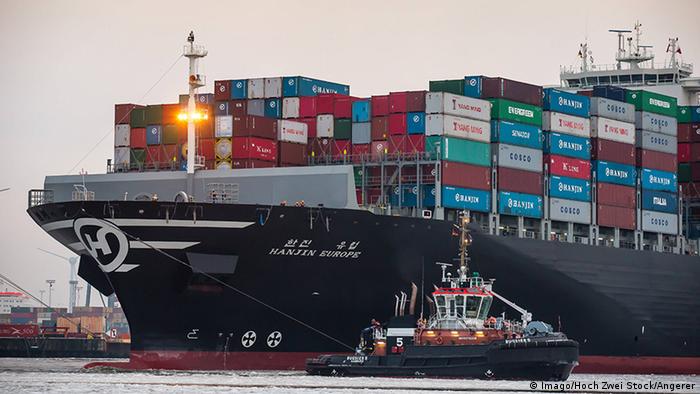 The Hanseatic City of Hamburg is the ideal setting for this year's G20 summit as world leaders converge on northern Germany on Friday and Saturday amid growing concerns about protectionism.

The Hanseatic League - a medieval association of northern German merchants and later many cities along the North and Baltic Sea coastlines and inland - is widely considered one of the world's earliest free trade zones.

It is somewhat surprising to see free trade going through such a poor patch in recent years, given how relatively well the global economy is doing.

"One could easily fall under the illusion that there is not much to discuss about the global economy and globalization," Henning Vöpel, director of the Hamburg Institute of International Economics (HWWI) told DW. "But appearances can be deceptive."

There are a number of fundamental developments that will be discussed at the G20 summit, Vöpel noted, in particular the re-nationalization of economic policy and protectionist measures. "And then there is the US," he said.

"The states - and I am not just talking about the United States - are trying to draw up options for action again," Vöpel said.

"This all means the tide could be turning away from globalization."

Globalization's critics - some of whom will no doubt be protesting for a fairer world at the Hamburg summit - should perhaps be careful what they wish for.

In an ever more integrated global economy, they are also not immune from blame for the numerous disturbances, including protectionism.

The latest report by the Bank for International Settlements (BIS) - the central banks' central bank - points to the benefits that free trade has brought to the world: higher living standards and reductions in poverty for large parts of the world's population. One of the prerequisites for this, it suggests, is the free flow of goods and services.

"That is why it is important to make trade fair, says Vöpel. Especially with regard to developing countries, "and specifically for Africa," he adds.

Africa in particular will have a very decisive impact on how globalization proceeds over the next 20 years, he goes on.

So, does the summit - with all its complex and interwoven topics - threaten to be overshadowed by a dispute over the formulation of its final statement?

In March, when the finance ministers of the G20 met in Baden-Baden, that was exactly what happened.

The Americans blocked the agreement then, and a few weeks later at the G7 summit in Taormina Italy agreed to the most minimal of consensuses.

So is this kind of agreement still worth the paper it's written on?

Yes, says Gabriel Felbermayr from Munich's Institute for Economic Research Munich (Ifo). The world economic structure is built on cooperation, he notes. "And you need confidence in the stability of the system."

"That is why it's important that a commitment to free and fair trade is in the communiqué."

In the past, it was the case that an agreement had been written down - and many countries pursued some very protectionist policies.

"So it is above all lip service, but even that has value because it seeks to establish norms. And those who deviate from it must be reprimanded for not cooperating." 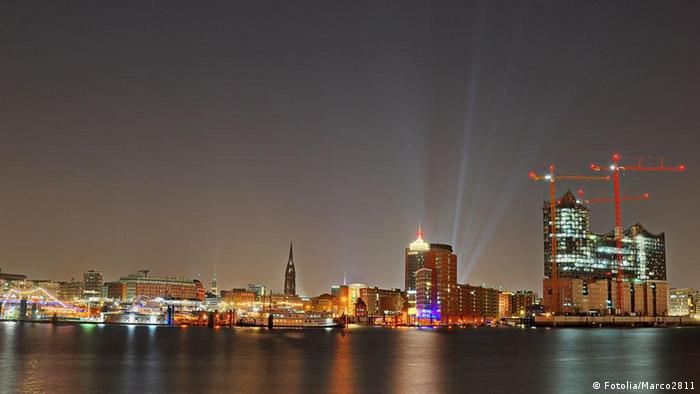 The signal from Hamburg

Germans and Europeans more widely have recently been talking a lot about free and fair trade - and that the demands of Donald Trump be based on fair trade agreements.

The problem is, everyone has different ideas about what is fair.

Furthermore, since Trump took over the White House, Europeans and Germans have been turning towards Asia - to Japan, China, India - when it comes to free trade or even climate protection.

For Vöpel, that is a sign that economic loyalties are shifting. It started with Trump's America first, he believes. "In the worst case, this could lead to a gradual isolation of the Americans, the decline of a once leading military and economic power." The Chinese would like to fill this vacuum, Vöpels suggests. "We are at the beginning of a reorganization of the global economy."

At the G20 summit in Hamburg, it may be possible to see the beginnings of this new order, depending on how willing Trump is to cooperate.

Expectations for the meeting are rather low among economists, but, according to Felbermayr, there is one thing the summit should definitely achieve: "The main message that should come out of Hamburg is to stick to the basic idea of cooperation."

Turkish President Erdogan has been denied a request to hold a rally in front of his supporters in Germany on the sidelines of the G20 summit. German-Turkish relations have sunk from bad to worse over the past year. (29.06.2017)

Authorities are expecting up to 10,000 demonstrators during the two-day G20 talks next month in the northern German city. Rallies at the weekend focused on failed asylum seekers and a temporary detention center. (24.06.2017)