The United Nations estimates that by 2030, nearly half the world will be living in areas of high water stress. Jordan, in the midst of a water crisis, is looking for solutions. 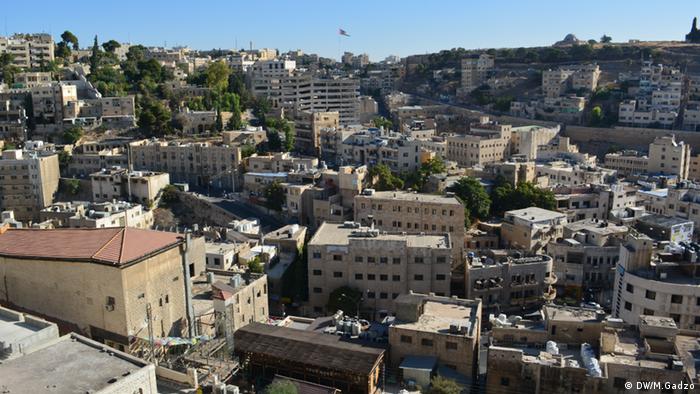 "We are becoming more like a desert," Mohammed Al Barawi says, standing in front of rows of cucumber plants shielded by a greenhouse from the glaring late-summer sun.  "Even last week we had temperatures of more than 40, 42 degrees [Celsius]. This is something we didn't have before."

Al Barawi, an agricultural engineer of 20 years, is worried. "Last year we hit 47. How can the plants live in 47-degree weather," he asks.

Jordan is one of the four driest countries in the world. It only has seven percent arable land. Water shortages, climate warming and a fast-growing population together create a looming food crisis for the country.

"The problem is aggressive and severe,” Jordanian water expert Dureid Mahasneh said, explaining that Jordan's agricultural sector alone consumes 65 percent of its water supply, while making up only around six percent of the GDP.

Looking at the past 50 years, a 2013 report on climate change impacts found that the average local temperature in Jordan increased rapidly since 1992 - by 1.5 to 2 degrees Celsius.

Jordan also witnessed a dramatic decrease in rainfall - problematic for a country that depends solely on rainfall as its main water resource.

The country is expected to witness a 15 to 60 percent decrease in precipitation and a 1 to 4 degree increase in temperature within the next 80 years.

Searching for innovative solutions to alleviate the strain on food production, Jordan may have found a technique that could work: hydroponic farming.

With hydroponic farming, crops are grown without soil and by recycling nutrient-dense water instead. About 50 to 75 percent less water is used than with conventional farming, and crops produce a higher yield with fewer pesticides.

At his farm in Um Al-Rumanah village, some 30 kilometers south of Amman, Al Barawi grows cucumbers, tomatoes, eggplants, roses and other produce.

The water recycles through pipes in a closed system, circulating through the plants' roots, feeding more than 200 greenhouses. 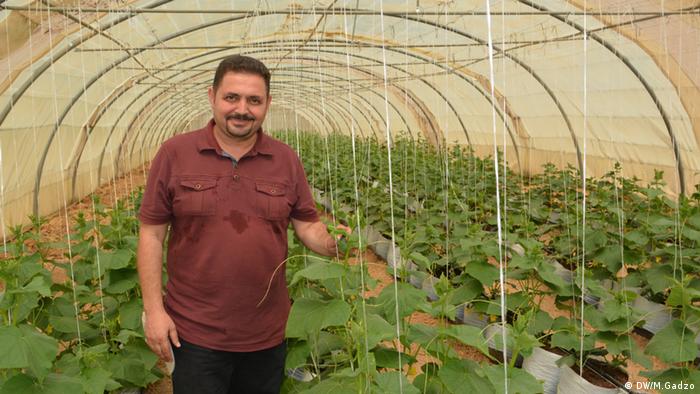 Together with his special mixture of fertilizer composed of volcanic rock from the Azraq area, Al Barawi said he uses at least 40 percent less water, and his production has increased by 20 percent.

"We don't lose one drop of water in this system," Al Barawi said.

The United States Agency for International Development (USAID) has been funding hydroponic farms, including the 300-square-meter greenhouse in Zarqa, which produces 29,000 heads of lettuce annually.

According to USAID, each individual lettuce plant produced hydroponically requires 7.5 liters of water. Conventional farming would need more than 40 liters per plant and 1,000 square meters of land.

Water savings per year for the lettuce could amount to more than 80 percent.

"This way Jordan can focus on its comparative advantage for the Jordanian market and for its export to Europe and the Gulf," Hazim El Naser, Jordan's Minister of Water and Irrigation, said. 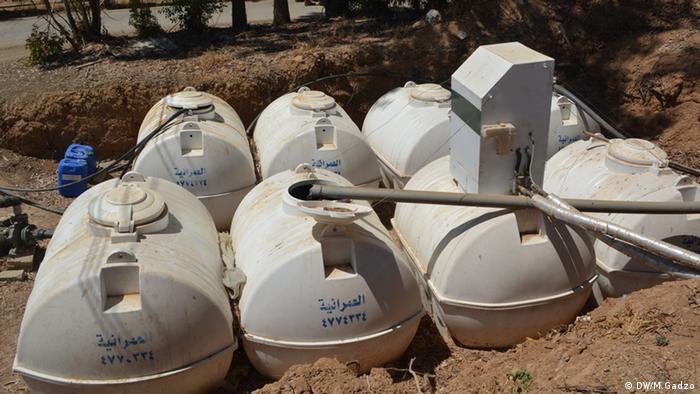 The nutrient-dense water circles through pipes and into these tanks

Success in the Gulf

As most Gulf countries import up to 90 percent of their food, they've embraced renewable green technology.

Qatar plans to grow up to 70 percent of its own vegetables by 2023 with the help of hydroponics.

During its two-year pilot project, the hydroponics technology company Zulal Oasis, which was launched in 2013, successfully grew tomatoes without soil and by recycling water.

Their greenhouses also feature air-cooling systems to protect produce from the unforgiving heat that reaches 45 degrees in summer.

Qatar can now produce quality crops for the whole year, regardless of season. Since 2009, homegrown produce has increased, also due to using cultivated land in Africa. 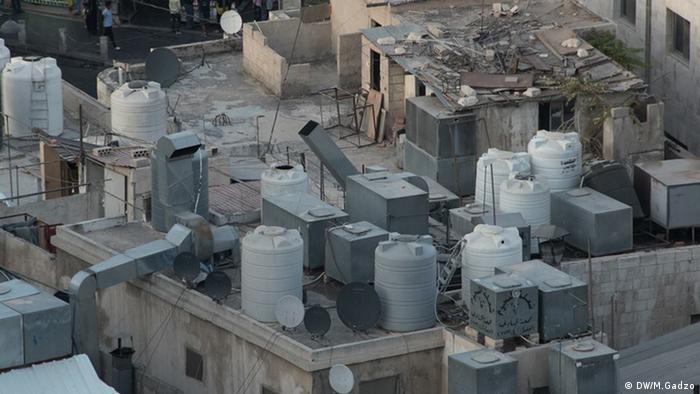 But the cutting-edge technology doesn't come cheap. Farmers need to purchase pumps, pipes, basins and other materials. Air-cooling systems are a luxury others can't afford.

"[Hydroponics] isn't enough to help the plants, to decrease the temperature; the plants suffer a lot," Al Barawi said.

The UN estimates that by 2030, 47 percent of the world will be living in areas of high water stress.

In Jordan, large-scale water theft has become an ordinary occurrence. Since 2013, authorities have caught 23,000 violations on water resources and have sealed 758 illegal wells.

Desperate for rain, a team of Jordanian meteorologists visited Thailand last summer where they learned how to induce precipitation by sowing clouds with chemicals.

One promising step is the Red Sea-Dead Sea pipeline project, which would transfer 300 million cubic meters of water annually from the Red Sea to save the Dead Sea, where water levels are sinking by about a meter each year.

A desalination plant would provide potable water to Jordan, Israel and the occupied Palestinian territories. The entire project costs $1 billion to complete.

Jordan's Minister of Water and Irrigation El Naser explained that the water crisis has been exacerbated by regional conflict - and needs support from the international community.

"The government is trying its best to cover such a huge demand," he said.

"Jordan spent a lot of efforts to bring the Palestinians and Israelis to work on this project. Now the Israelis, Palestinians are on board; we have an agreement."

A forestry project in Egypt is using sewage effluent to nurture tree plantations in the desert, preventing desertification. The method has been so effective that it's attracted the interest of German forestry companies. (17.06.2016)

A conference in Amman brought together journalists, political actors and scientists to discuss Jordan's media coverage of environmental issues. Their goal: to raise public awareness about the impact of climate change. (14.06.2016)