Could Germans vote to exit the EU?

In the wake of Britain's Brexit vote, many Europeans think their country should also hold a national referendum on EU membership. For Germans, however, the hurdles are high. 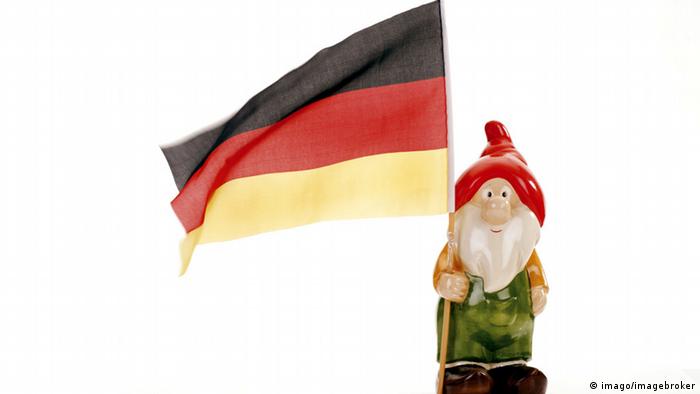 Britain's historic vote on opting out of EU membership has led to a heightened interest in giving citizens a say. In a pre-Brexit poll of some 6,000 Europeans, 45 percent of the interviewees said their own country should hold a referendum on its EU membership.

Far-right French and Danish political leaders are calling for an EU membership referendum in their respective countries. Germany's euroskeptic Alternative for Germany (AfD) party says they will call a vote if they enter parliament in the 2017 national election.

"Next year the AfD will enter the German parliament and 'Dexit' will be at the top of our agenda," Franz Wiese declared, referring to an exit by Germany (Deutschland) from the EU.

Germany's Left Party, the successor to the East German communists, also demands a "new start" in the EU and "a debate and a vote on a European future." Party leader Sahra Wagenknecht urges holding an EU referendum in Germany, too - though not on an exit but only on certain deals.

The people should have a say

Wagenknecht told Die Welt newspaper her party wants to change Europe so it doesn't fall apart, adding that people should have "the chance to vote on important issues like the planned free trade TTIP deal, or other European agreements."

Germany's post-war constitution, however, does not easily allow for a binding nationwide referendum.

Heidelberg-based lawyer Uwe Lipinski says Germans could only vote on exiting the EU if they first changed their constitution to include such "direct democracy" at the national level. Only then could the Berlin government or parliament call a referendum. 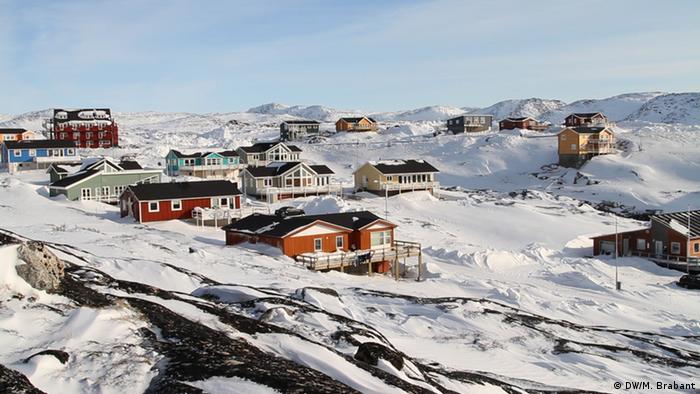 Britain wasn't the first: in 1982, the people of Greenland voted out of what was then the European Economic Community

Germany's 16 states allow for indirect popular initiatives, but with an eye on the country's Nazi past, the federal constitution only foresees a national vote in two cases: on changes to territory, or in case of constitutional reforms. Theodor Heuss, a German politician and president from 1949 to 1959, called direct democracy a "premium for every demagogue."

More than seven decades after the end of WWII, the time has come to think about changing the constitution to include such "direct democracy," Lipinski told DW, pointing out Switzerland and citizens' initiatives at the German state level as positive models.

Germany's More Democracy organization has long called for making possible popular national referendums in the country. On its website, the group argues that the government merely presents "politics without any alternative" which parliament then "nods through."

A German opinion poll just days ahead of Britain's EU membership vote showed that if there had been a similar vote in Germany, the outcome would have been different.

Just a few years ago, at the height of the euro debt crisis in 2012, Finance Minister Wolfgang Schäuble said Germans would likely have to vote in a referendum on a new constitution - probably rather sooner than later. If the country keeps on handing sovereign decisions to Brussels, he predicted, Germany's constitution will reach its limits. Perhaps that time is inching closer. "The Bundestag is increasingly turning into a tool for the implementation of EU law," lawyer Lipinski warns.

Merkel: 'Only if Europe is doing well, will Germany be doing well'

Ahead of meeting her fellow European leaders at a summit in Brussels, German Chancellor Angela Merkel has reiterated her government's call for unity in the EU. Brexit should be a wake up call for the bloc, Merkel said. (09.03.2017)

Britons aren't the only ones rocking the EU boat

Even though Great Britain has been made responsible for the EU crisis, it is not the only country that has revealed itself as anti-European. Here's are some facts to refresh our memories. (29.06.2016)

Brexit: Independence is back on the agenda in Scotland

While the UK overall narrowly favored Brexit, a large majority of Scots voted to remain in the EU. Thursday's referendum has reopened the question of Scottish independence, Peter Geoghegan reports from Edinburgh. (25.06.2016)