Some African and Asian countries have considerably lower numbers of coronavirus cases than Germany. What is the reason for that and what lessons might Germany – and other countries – learn from them? 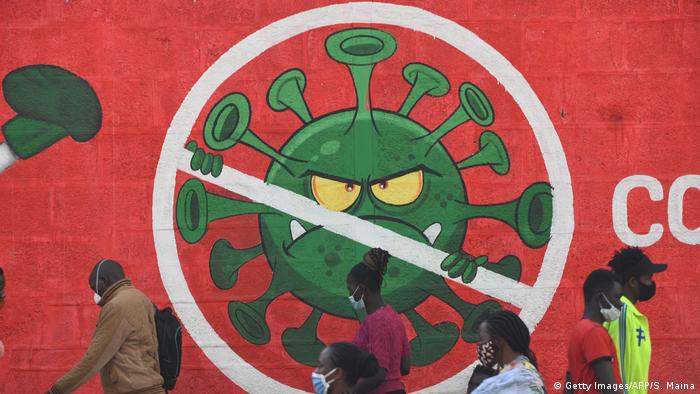 Germany has returned to a partial lockdown, but daily new infection figures have not been significantly lowered. Experts described it as a "sideways trend." On Wednesday, the government moved to tighten up measures in various ways. A look at other parts of the world, including New Zealand, Africa and Asia, could offer some valuable takeaways for policymakers around the world.

New Zealand is generally held up as a success story when it comes to containing the coronavirus. Prime Minister Jacinda Ardern managed to largely quell two outbreaks of the virus and declare the country COVID-free in June and October. There have only been some 2,000 confirmed cases of the disease and 25 coronavirus-related deaths in this state of 5 million people. 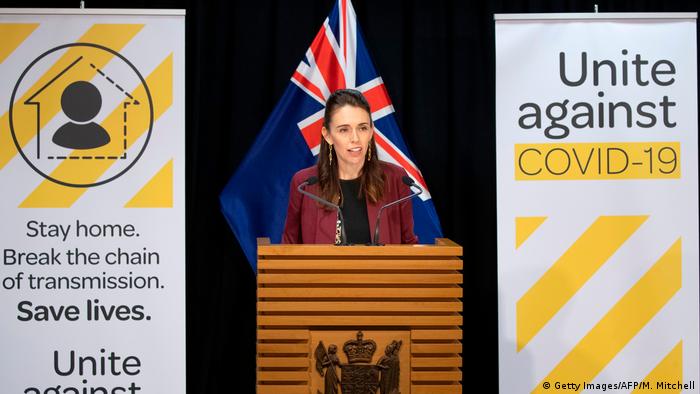 Experts see the imposition of extremely strict measures at a comparatively early stage in the pandemic as one main reason for the successful containment of the disease. The country closed its borders in mid-March and tourists were not allowed to enter. Shortly afterward, a state of emergency was declared and a weekslong lockdown was imposed, which was one of the toughest in the world. Even now tiny flare-ups lead to the imposition of strict curfews. As a result, new infections are in the low single-digits — at the end of November, there are some 50 active cases.

Of course, it is considerably easier in political and geographical terms to seal off a small, remote nation with two main islands like New Zealand than a country at the heart of Europe — Germany has land borders with nine countries. The German federal structure with its 16 states also makes it tougher to impose swift, uniform measures across the country. New Zealand also appears to be paying the price economically for its tough lockdown — jobless figures are rising, but that is true for many nations around the world.

Despite the political and geographical differences, Germany could definitely take a page out of New Zealand's book in terms of communication and transparency. New Zealand's prime minister got her message across via social media in daily and very personal briefings. She described the population as her "team of 5 million," creating a sense of community. Ardern also made a very caring and sympathetic impression, which won her government a high degree of trust and a high level of acceptance for measures that were considerably stricter than those implemented in Germany.

Africa's demographics could play a role 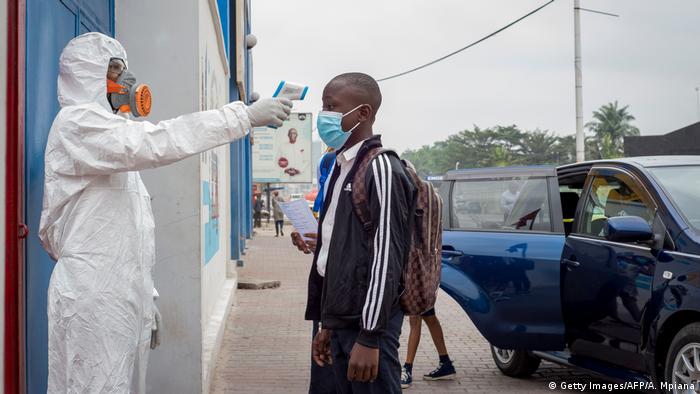 In April the World Health Organization (WHO) warned that the number of coronavirus infections in Africa could rise rapidly within six months and reach 10 million cases. But that forecast, thankfully, has not proven to be correct. Experts are still trying to figure out why so many African countries have not been as badly affected by the pandemic as expected.  Some 17% of the world's population live in Africa, but the continent only accounts for 3.4% of recorded cases worldwide. There is almost identical ratio in terms of the numbers of deaths from COVID-19

African countries are likely to have a far higher number of unreported coronavirus cases because much less testing is being carried out than in other parts of the world. Nevertheless, experts stress that there has not been a big rise in death rates. Many believe that the pandemic has not hit Africa as badly as expected because of demographics. It is the continent with the largest number of young people in the world. The median age of the population is just 18 compared to 40 in Germany. Younger people tend to get milder cases of COVID-19.

In addition, often more time is spent outdoors and in thinly inhabited rural areas transmission rates are lower. Researchers have found signs that genetic factors could explain a different response to the disease. And the fact that there is a greater incidence of diarrheal diseases, malaria, measles and parasites could mean that people's immune systems are better at warding off certain kinds of infection. Such factors, of course, cannot provide short-term answers about what Germany could do to help matters at home.

Lessons from the Ebola epidemic

Germany and Europe can nevertheless learn some lessons from sub-Saharan Africa. It is widely agreed that the pandemic plans in many African countries were much more up-to-date.

"The preparations were much better there," according to the Austrian scientist Peter Klimek, associate professor at the Medical University of Vienna. "The awareness when it comes to pandemics is much greater because they have occurred more often in the past."

Drawing on their experience with the Ebola epidemic, many countries also moved to impose strict entry restrictions from the outset. They conducted tests and temperature measurements at the border to stop the virus from getting in in the first place. Many African states, such as Nigeria, also imposed stricter lockdowns more rapidly – in some cases before the first cases were even reported. In terms of preventative and containment measures, experts say it does pay to take a closer look at Africa.

Taiwan, Japan, China, Singapore are just a few of the countries that appear to have got the coronavirus pandemic under control more quickly. Thailand and Vietnam also have had very few confirmed infections or COVID-related deaths. 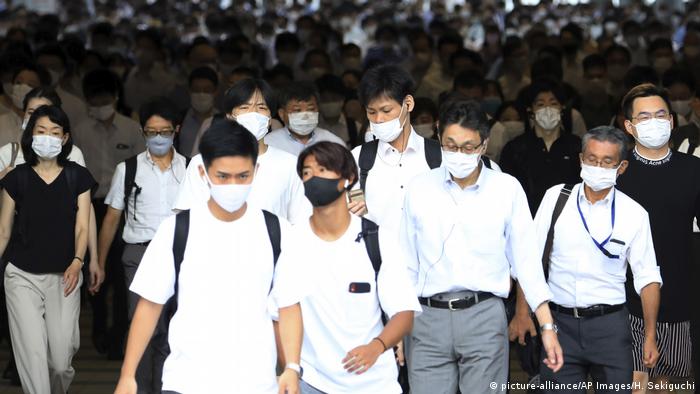 But there is probably no other place in the world where the coronavirus strategies have been so different than in Asia – in part due to the starkly diverging political systems and geographical situations there. At the end of January, China's autocratic regime completely sealed off the city of Wuhan where the outbreak started and life in the rest of the country largely ground to a halt. But given the fact that the scale of the outbreak was hushed up at the beginning, it is hard not to be a little skeptical about the country's official infection figures. Nevertheless, China does seem to have contained the virus. For months, there have only been extremely low numbers of new infections.

The Japanese government imposed restrictions on social and economic activities early on, but those restrictions were nowhere near as strict as was the case later in Germany. In an article for German weekly newspaper Die Zeit, Christian Drosten, the chief virologist at Berlin's Charité University Hospital, attributed Japan's success to the targeted prevention of infection clusters instead of mass, untargeted testing and the willingness of its population to observe preventative measures even when they were not mandatory. While masks were initially dismissed as ineffective in Germany, people in many Asian countries are prepared to wear masks in everyday life where it has attained a certain normality. This was already the case before the coronavirus pandemic.

What can the world learn from Taiwan's Covid response?

The use of big data and comprehensive tracking systems are widely hailed as effective tools in stopping the spread of coronavirus. Contact tracing via GPS data, CCTV cameras or credit card data is considerably more extensive in many Asian countries, including China, Taiwan and South Korea, than in Germany. It is hard to imagine that such surveillance and tracking would be permitted in Germany. Even the voluntary use of the coronavirus contact tracing app posed data protection issues and currently only 25% of people use the tool.

Intensive tracking has, however, proven that it can make tracing and isolating sources of infection easier. Perhaps, it is time for a wide-ranging debate here in Germany and elsewhere about what curbs on our civil liberties might be acceptable and appropriate during a pandemic. That could raise the acceptance for such digital measures in the event of future outbreaks and enable governments to act more swiftly.

This article was adapted from Germany (jg).