Residents of coronavirus hotspots will face nightly curfews and school closures when the new rules come into force. The legislation allows uniform restrictions to be rolled out across the country. 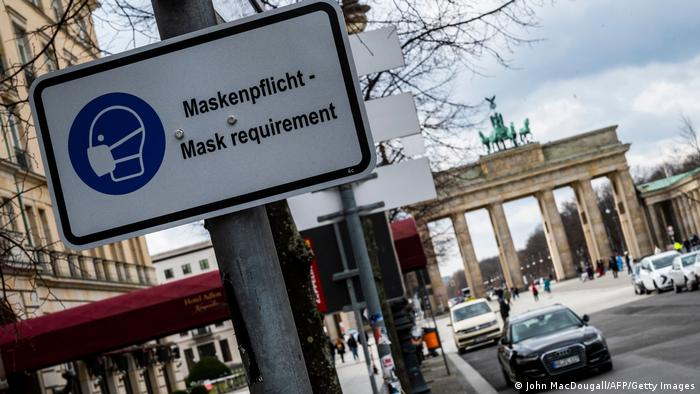 German President Frank-Walter Steinmeier on Thursday signed a national "emergency brake" into law shortly after the legislation passed the upper house of parliament.

The new measure allows uniform restrictions to be enforced in coronavirus hotspots across Germany.

The law, which includes curfews and school closures, takes effect on Friday, with the new rules based on infection rates to apply from Saturday.

The so-called emergency brake law passed the Bundestag yesterday before heading to the Bundesrat, which is made up of representatives of the 16 federal states.

Ahead of the Bundesrat vote, Chancellor Angela Merkel's chief of staff Helge Braun defended the amendment of the Infection Protection Act.

"The current level of infections is far too high in most regions and threatens to overwhelm our health care system," he told Redaktionsnetzwerk Deutschland on Thursday. "The measures of the federal emergency brake are therefore urgently needed there. They have already shown in many countries that they are suitable to slow down the incidence of infection. And they are also proportionate in view of the serious situation."

The secretary-general of the free-market liberal Free Democrats (FDP), which has been one of the most vocal critics of the law, reiterated his party's opposition. Volker Wissing told public broadcaster ZDF on Wednesday evening: "In a free constitutional state, the state must clearly justify why it intervenes so massively in fundamental rights. The federal government has not succeeded in providing this justification."

The law states that if cities or districts exceed a seven-day incidence rate of 100 new infections per 100,000 inhabitants over three consecutive days, then local authorities must:

The law will stand until June 30, with any further changes requiring parliamentary approval.

Even before the law was passed by the Bundesrat, Berlin lawyer Claus Pinkerneil lodged a complaint with the German Constitutional Court.

He told the DPA news agency that he hoped the court would stop Steinmeier from ratifying the law.

The so-called Free Voters and FDP members of the Bundestag have also announced lawsuits.

At a memorial event in Berlin, German President Frank-Walter Steinmeier told relatives of coronavirus victims that they are not alone in their suffering.