Coronavirus: Spain′s young lose out again | Europe | News and current affairs from around the continent | DW | 05.07.2020 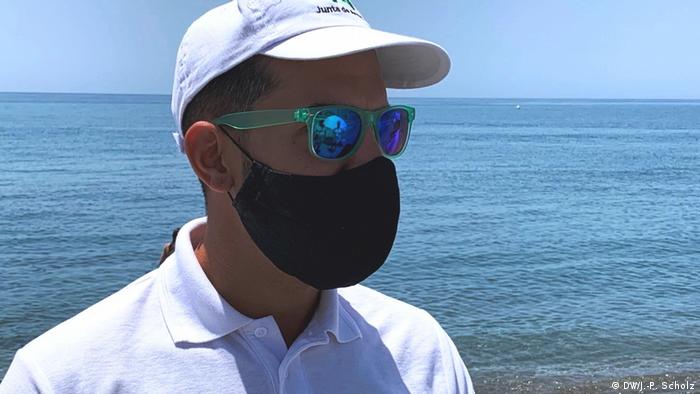 Pablo Garcia can count himself lucky. He's being paid to spend the entire summer on the beach. From 9 a.m., he goes on patrol with his colleague, Laura Moreno, along an almost two-kilometer stretch of beach in the small town of Torrox, a half-hour's drive from the port city of Malaga.

"Our job is to make sure that all the bathers adhere to the new hygiene measures," the 32-year-old explains. "The most important thing is the social distancing rules: There must be two meters' space between families, and several meters of space must also remain in front of the water so that walkers don't get in each other's way."

Almost 90,000 Spaniards have applied for some 3,000 posts as "beach sheriffs," as some of the locals call them. And the majority of them are young people. 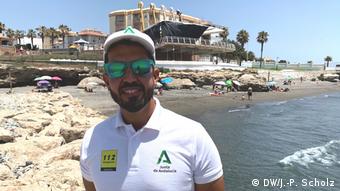 There's a good reason for this. For one thing, the work in the intense heat of the southern Spanish sun is physically challenging. In addition, the young people of Spain are far more likely to be adversely affected by the economic consequences of the coronavirus crisis than their older compatriots.

More than a million people in Spain have lost their job because of the pandemic, and about half of them are under 35.

The Andalusia government devised the beach sheriff program in a bid to tempt visitors back to the region's renowned beaches and help the local tourism industry — which employed some 300,000 Andalusians before the crisis — to get back on his feet. But they also needed to be sure that people were safe.

"The primary goal is of course to avoid virus infections and to ensure the safety of beach visitors," said Ana Celia Gonzales, head of the civil protection agency in Malaga.

EU citizens have been able to return to Spain since the end of June, but the eagerly awaited wave of tourists has so far failed to materialize. Accordingly, Pablo's patrol runs between deserted beach cafes and empty sunbeds. On this morning, there are only a few Spanish pensioners. Many have a second home in Torrox and spend the whole summer here.

"It has become a small community," said Pablo. There's often time for conversations in which people share their concerns about the current crisis. While health worries are foremost in the minds of the elderly tourists, younger people working at the beach are more anxious about the financial future.

Out of the frying pan, into the fire

Pablo doesn't know what's going to happen to him after the summer, when his contract at the beach is over. Having graduated with a degree in economics in 2018, he spent months struggling to find a job.

Earlier this year, he had dared to hope that might be getting better: Spain was slowly recovering from the tough years of the financial crisis and recession, but the after-effects were still noticeable, especially for the younger generation.

"There were a few job offers, but the competition was huge and the conditions were miserable," Pablo recalls. At the height of the economic crisis, youth unemployment in Spain was over 50%.

As things started to pick up again, many employers started to take advantage of the desperation of young people. They would draw up short-term "garbage contracts," as many Spaniards called them, with poor conditions and low salaries. According to a study by Spain's Caixabank, the average monthly income of those under 30 was just €930 ($1,050) last year. 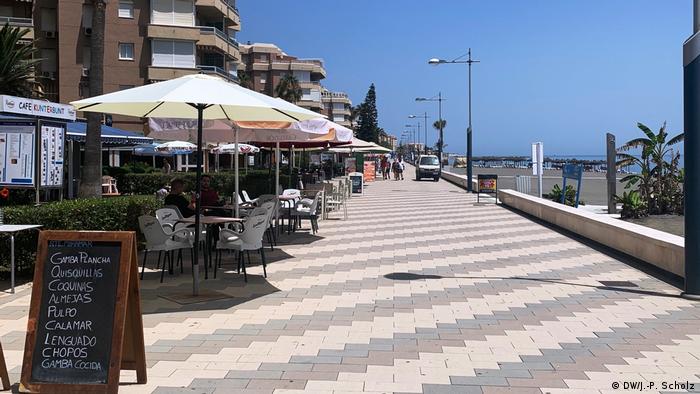 Andalucia's tourism industry has been struggling

Pablo decided on a different path. He took a job as a bartender, and at the same time crammed for his "oposiciones" — exams that pave the way for a job in the civil service. Many young Spaniards spend years preparing for them, often with expensive professional help. For the past year-and-a-half, Pablo would sit down to study the intricacies of Spain's tax system, administrative law and foreign trade strategy, in his effort to gain a coveted position in public finance.

"Then all of my plans collapsed," he said, remembering the start of the coronavirus crisis in March. First came the news that his boss could no longer afford to pay his wages. He was entitled to money from an emergency government fund, but it amounted to just €500 ($560) per month. "Of course, the amount was too low to get by, especially given that my partner, who I share an apartment with, lost her job at almost the same time."

A short time later, he got another piece of bad news: all selection procedures for the civil service have been canceled until further notice. "That just finished me off. I'd staked everything on this opportunity, and I had prepared for it conscientiously," he said. "I had a good feeling that I would pass the exam," he sighed.

The job as a beach supervisor was a welcome way out of his predicament, even if spending the whole day on a hot beach is less pleasant than most people might think.

But the salary of €1,500 per month is above average by Spanish standards, and Pablo is already putting money aside for the uncertain time looming after the summer. A holiday is out of the question, even if he could afford one. The Spanish government can, in theory, set a new date for the civil service exams with just three days' notice, so Pablo will have to be constantly on call.

His hopes are not high, as far as this goes. Experts estimate that the Spanish economy will shrink by 13% this year, with the resulting impact on government revenue and the recruitment of new civil servants.

Still, Pablo is happy to have a job for the time being, and to be able to enjoy the simpler things in life — like a couple of days off at the end of the week with his girlfriend. The pair won't be going to the beach though.

A minute's silence was held in Spain to commence the mourning process, with both the Spanish king and the prime minister keen to pay their respects. The country has suffered more than 27,000 deaths from COVID-19. (27.05.2020)

Some 200,000 people living in the northeastern Catalonia region have been given new stay-at-home orders. Spain's tourism and hospitality sectors are struggling to rescue what remains of the summer season. (04.07.2020)