Supreme Court prosecutors have opened a probe into alleged money laundering after he lost immunity from prosecution when he abdicated in 2014. A Swiss newspaper claimed the king had received $100 million in Saudi bribes. 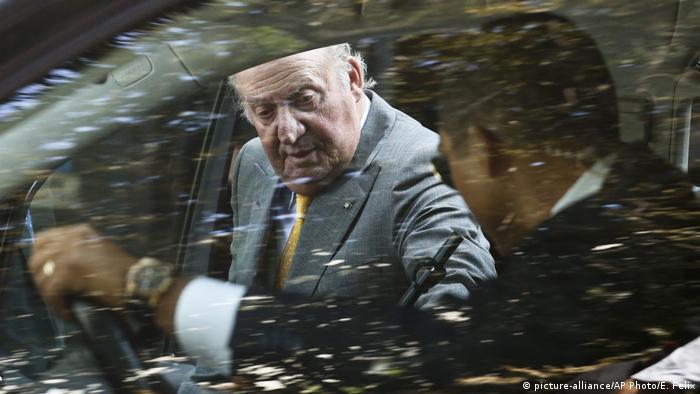 Prosecutors of Spain's Supreme Court on Monday announced an investigation into former King Juan Carlos in connection to a contract awarded to Spanish companies to build a high-speed railway in Saudi Arabia.

The investigation is the result of a separate probe by Spain's anti-corruption prosecutors into bribes allegedly paid to a Spanish consortium to build the railway connecting Medina and Mecca.

The Supreme Court prosecutor now wants to see whether the former king had taken any action relevant to the case after he lost immunity from prosecution when he abdicated in favor of his son, King Felipe VI.

"This investigation focuses, precisely, on establishing or discarding the criminal relevance of deeds that happened after June 2014, when the King Emeritus was no longer protected by inviolability," said a statement.

Former King Juan Carlos allegedly received $100 million (€89 million) in bribes from Saudi Arabia a decade ago, according to a report published by the Swiss newspaper La Tribune.

Around $65 million of that was reportedly given to German businesswoman Corinna zu Sayn-Wittgenstein, La Tribute reported.

Although the funds in question were allegedly provided to the former king in 2008 when he still enjoyed immunity, Supreme Court prosecutors are probing whether he laundered part of that money after he abdicated in 2014.

Under a deal struck during his abdication, the former king can only face prosecution from Spain's Supreme Court.

Neither the former king nor Spain's royal family had publicly commented on the news at the time of publication.

Angolans are calling for an international investigation into the world-wide dealings that allowed Isabel dos Santos, the daughter of the former president, to become the richest woman in Africa. (20.01.2020)

Dubbed the "Butcher of Hama," Syria's Rifaat Assad is accused of embezzling millions in European real estate. Like him, many regional rulers have preferred to keep their European properties quiet. (29.04.2020)