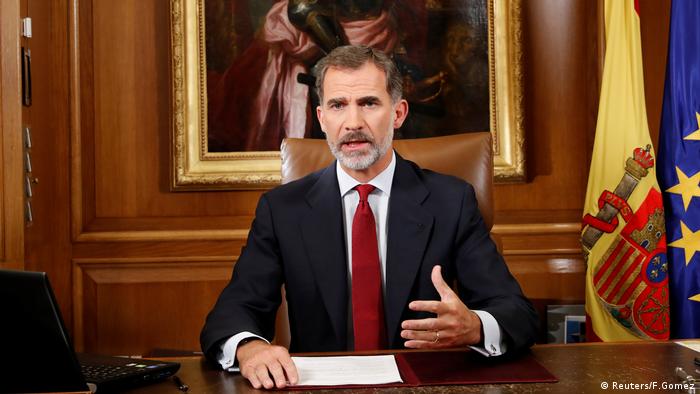 Spain's King Felipe VI has renounced the inheritance he was due to receive from his father, Juan Carlos I, in a move to distance himself from the scandal-hit former monarch.

Juan Carlos has also been stripped of his palace allowance, the country's royal house said in statement. In 2018, the former king received a stipend of more than €194,000 ($216,400) from the state.

The announcement comes amid an ongoing investigation by Swiss authorities into the financial dealings of Juan Carlos.

Earlier this month, media reports said that in 2008 when he was still on the Spanish throne Juan Carlos received $100 million (€88 million) from Saudi Arabia's late King Abdullah via an offshore account.

The money, believed by prosecutors to be kickback payments, was lodged in the Swiss bank account of an entity listed in Panama.

The Swiss daily Tribune de Geneve said that in 2012, $65 million of that sum was given by Juan Carlos to his former mistress, Corinna zu Sayn-Wittgenstein.

Felipe VI, according to reports, was also named a beneficiary of the fund. But the reigning king has denied having any knowledge of the fund in a statement released on Sunday. 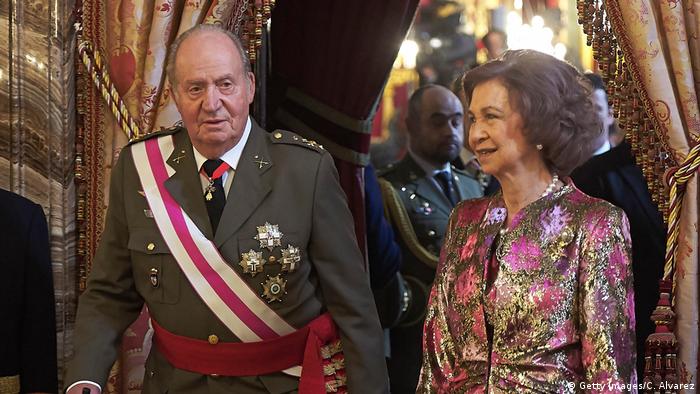 Juan Carlos abdicated the throne in June 2014 after a 39-year reign.

Soon after the media reports, Spain's hard-left party Podemos called for an investigation into suspected money laundering by Juan Carlos. After he stepped down as king in June 2014, Juan Carlos lost his immunity from prosecution. On Tuesday, however, the Spanish parliament decided against launching an investigation into the allegations against the former king.

Political parties in Spain welcomed King Felipe's statement renouncing his inheritance and expressed their support to the monarch. Pablo Casado Blanco, the president of the opposition Popular Party, thanked the king for his "exemplary public service."

Juan Carlos became Spain's king in 1975 after the death of military dictator Francisco Franco and is credited for transitioning the country from dictatorship to democracy. He abdicated the throne in June 2014 after a 39-year reign.

His daughter Princess Cristina was also embroiled in corruption and tax fraud investigations along with her husband Inaki Urdangarin. While Cristina was acquitted, her husband was jailed after he was found guilty of graft, tax evasion, and embezzlement.