Spain has reported more than 27,000 deaths from COVID-19 and King Felipe VI led the hard-hit country at midday local time (10 a.m. GMT) in a minute's silence from the Zarzuela Palace on the outskirts of Madrid. The king and his family were dressed all in black and stood in front of a Spanish flag that was one of more than 14,000 at half-mast on public buildings across the country. 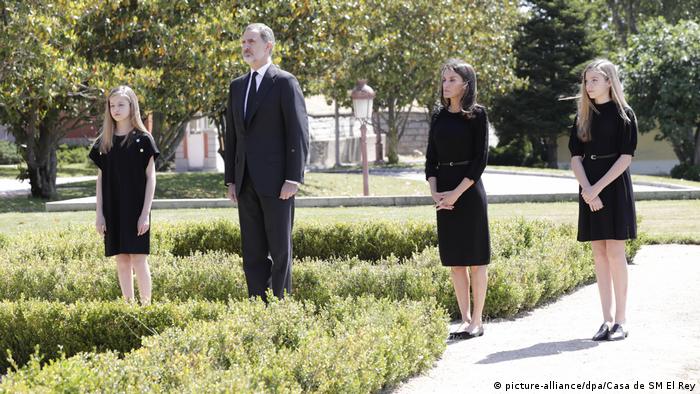 Prime Minister Pedro Sanchez and other lawmakers took part in the Spanish parliament, while health workers and other citizens also halted activities to honor those that had lost their lives due to the pandemic.

Read more: Spain to reopen to foreign tourists from July

Sanchez tweeted his respects along with a video of him and his colleagues during the minute's silence, "The pain and recognition of all of Spain to those who have died of COVID-19. Your memory will always remain with us."

The official mourning until June 5 is the longest in Spain since the restoration of democracy in the late 1970s.

The Spanish government has hinted at a possible reopening to foreign tourism this summer. It comes as a raft of lockdown measures were eased in Madrid and Barcelona on Monday. (25.05.2020)

Chancellor Angela Merkel said that although Germany is still at the beginning of the pandemic, the country has been able to get a better grip on the outbreak. Follow DW for the latest. (27.05.2020)