The Spanish government has hinted at a possible reopening to foreign tourism this summer. It comes as a raft of lockdown measures were eased in Madrid and Barcelona on Monday. 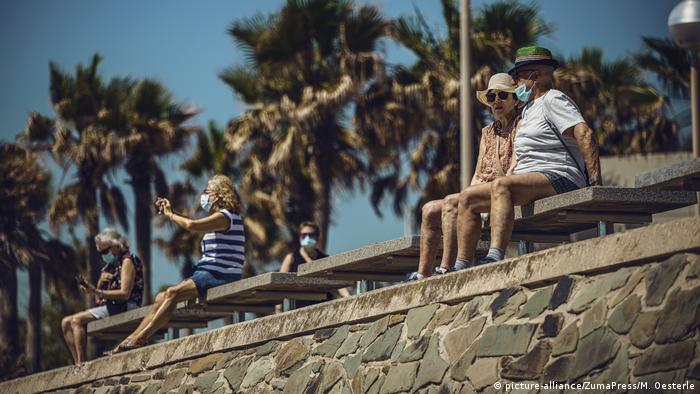 Spain's Tourism Minister Reyes Maroto said on Monday that foreign tourists could be allowed to book vacations in Spain starting in July. The ministers comment comes as Spain ramps up its lockdown easing across the country.

The government expects that the two-week quarantine imposed on overseas travelers will be suspended by that time, Maroto said.

"It is perfectly coherent to plan summer vacations to come to Spain in July," Maroto said in an interview with local radio station Onda Cero.

Spain was one of the worst-hit nations in the coronavirus pandemic, with 235,772 infections. The virus has killed more than 28,700 people — one of the highest COVID-19 death tolls in the world.

As such, the country underwent a strict lockdowns for two months, in which citizens were only allowed out for essential business. Only in the past few weeks have Spaniards been able to take their children out for one hour of play time, as the country began to flatten its curve.

The Spanish government crafted a lockdown-easing plan that consisted of several phases and which would apply differently to each region, depending on their status of the epidemic.

Tourism is a critical part of the country's economy. Spain is the world's second-most visited nation and normally draws some 80 million visitors per year.

Ahead of a possible tourism reopening, the country began opening access to its beaches for residents starting on Monday.

Beaches on the Atlantic Ocean coast and in much of Andalusia, as well as on the Balearic and Canary Islands, were open for swimming, but under strict safety measures.

Although each region will set its own rules, the Health Ministry has recommended limiting the number of visitors, creating boundaries and spacing beach umbrellas four meters apart.

For now, beaches are only available to local residents, but the next phase would open them up to domestic travelers from different regions.

COVID-19: Half of Spain enters 1st phase of reopening

Madrid and Barcelona back to life

Residents of the hard-hit capital Madrid were allowed back into its signature Retiro city park on Monday. A few bars and restaurant terraces were also allowed to reopen.

People in both Barcelona and Madrid can now meet in groups of up to 10 people in their homes or on the terraces of reopened bars and restaurants. Major museums will be able to receive a limited number of visitors starting today.

The Madrid and Barcelona regions are the most populated in the country and have been put on a slower deconfinement track, as they bore the brunt of the pandemic in Spain.