New COVID-19 cases in Spain have spiked following the reopening of schools, taking the total to beyond 500,000. Meanwhile, French football star Mbappe tested positive. DW rounds up the most important new developments. 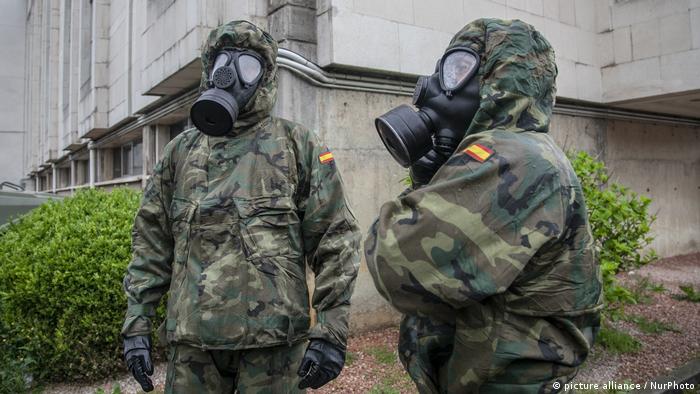 Spain has become the first country in Western Europe to register 500,000 infections, after a surge in cases that coincided with schools reopening this week and the lifting of several restrictions in June.

Anger mounts as Spain is again caught by surprise

Here's a wrap of the other main developments surrounding COVID-19.

French football star Kylian Mbappe has tested positive for coronavirus. He is the seventh player from Champions League runners-up Paris Saint-Germain to have contracted the virus.

Former Temptations singer Bruce Williamson, 49, died of coronavirus at a hospital in Las Vegas on Sunday night. The group had hits like "My Girl," "I Can't Get Next to You," and "Papa Was A Rollin' Stone" with Motown Records in the 1960s and 1970s.

The number of new infections in Israel has reached a new record high of 3,392 cases within 24 hours, marking the second time in a week that the country has broken its daily case record. The previous record was on September 2, with 3,173 new cases. Israel is also set to impose a nightly curfew between 5 p.m. and 5 a.m. in 40 towns from Tuesday evening.

Chinese President Xi Jinping said China acted in an open and transparent manner on the virus outbreak, adding that the country is the first major economy to return to growth during the pandemic. Xi also said that China would continue to support the World Health Organization, as he spoke at an awards ceremony for medical professionals.

Chinese firm Sinovac Biotech Ltd said its vaccine candidate appeared to be safe for older people, but immune responses triggered by the vaccine were slightly weaker than in younger adults, according to preliminary results from an early to mid-stage trial.

India has recorded its highest daily death toll in more than a month, with 1,133 fatalities over 24 hours – the highest toll since July.  That brings India's total death toll to 72,775.

Thousands of trainee doctors in South Korea returned to work on Tuesday after ending a more-than-two-week strike, as the country's virus toll is again on the rise. The Korea Center for Disease Control adn Prevention reported 136 new cases as of midnight Monday, bringing the total number of infections to 21,432.

A spike in infections in Indonesia's holiday island of Bali and Thailand's first locally transmitted case in 100 days have spurred authorities to postpone initial plans to reopen Bali to foreign tourists in September, while Thailand's proposal to reopen Phuket island is again under official scrutiny.