Facing shortages due to the COVID-19 outbreak, German health authorities attempted to buy masks in bulk online. They were soon ensnared in an elaborate international scam — paying millions for masks that didn't exist. 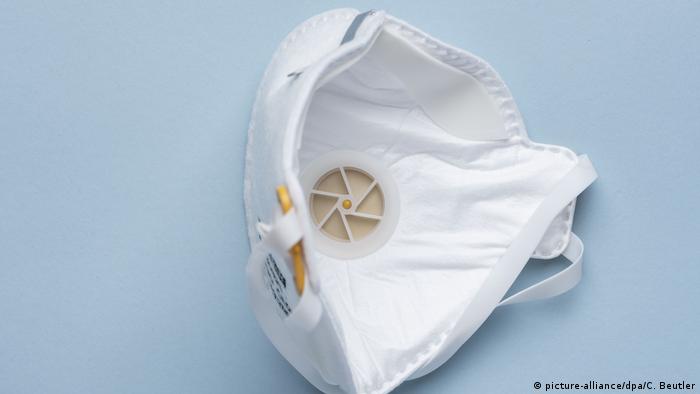 At least two people have been detained in the case, which involved investigations across Germany, Spain, the Netherlands, Ireland and the UK.

Due to the COVID-19 pandemic, countries around the world are facing shortages in protective gear — prompting governments to look outside their normal supply channels to secure the life-saving supplies.

According to Europol, German health authorities sought to purchase nearly €15 million in face masks in mid-March, asking two companies to purchase the supplies.

The German buyers then contacted a website for a company in Spain, which said it had 10 million masks in stock. Yet the website, it turns out, was a cloned version of the genuine Spanish company's site.

"[The buyer] was on a fictitious cloned website, which was not real. So, despite the fact that he thought he was purchasing €14.7 million worth of face masks, they did not exist on this website, he was never going to get not even one mask," Chief Superintendent Pat Lordan of the Garda National Economic Crime Bureau told Irish broadcaster RTE.

When the company failed to deliver the masks, they directed the German buyers to a "trusted" dealer in Ireland. This middleman then put them in contact with another company in the Netherlands.

The alleged Dutch company said it could deliver 1.5 million masks, but asked the German buyers to transfer €1.5 million in an up-front payment.

Shortly before the delivery, the alleged Dutch supplier said the first payment hadn't gone through, urging German buyers to pay an emergency transfer of €880,000 to ensure the masks would reach their destination in Germany.

The Dutch company, it turns out, was real — but the scammers had cloned their website as well. The supply of masks never arrived.

"When the buyers realized they had been duped, they immediately contacted their bank in Germany, setting off an international race to intercept the funds and follow the money trail," Europol said in a statement.

"Nearly €500,000 of those funds had already been sent to the United Kingdom, all of which was destined for an account in Nigeria," Europol said.

At least two people have been arrested in the Netherlands due to the scam, while Irish and British media reported that an Irish man had questioned over the scam.

Scammers around the world have been taking advantage of the deadly coronavirus outbreak, with Europol warning buyers against online shops selling fake masks, medicine and counterfeit malaria treatments.

Tuesday's case, however, is the largest scam to be reported in Europe since the outbreak erupted.