Coronavirus: Pakistanis dejected over Hajj restrictions this year | Asia| An in-depth look at news from across the continent | DW | 28.07.2020

Every year, some 200,000 Pakistanis travel to Mecca to perform the Hajj, with some even spending all their savings to fulfill their religious duty. But this year, they can only watch a subdued Hajj on their TV screens. 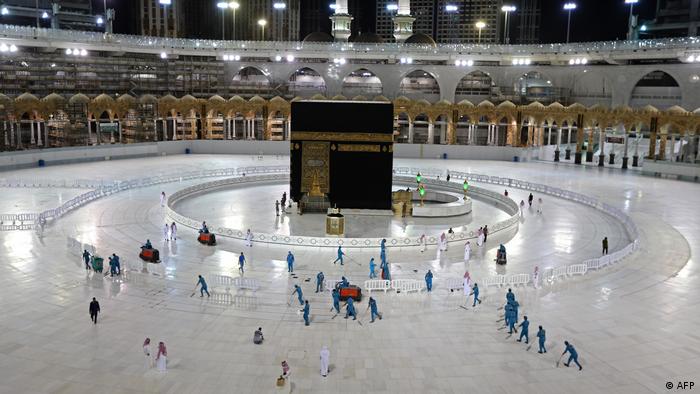 The six-day annual pilgrimage started in the Muslim holy city of Mecca on Tuesday under strict coronavirus restrictions that have prevented millions of people from attending the holy ritual. Last year, around 2.5 million Muslims from all over the world participated in the Hajj.

The kingdom has allowed only around 1,000 people to perform the Hajj this year due to the coronavirus pandemic, which has infected at least 16.4 million people globally and killed more than 654,000. Saudi Arabia has so far reported more than 270,000 COVID-19 cases and over 2,700 deaths.

Authorities in Riyadh imposed a strict lockdown when the first coronavirus cases emerged in March. They only started to ease restrictions in May, albeit with a high degree of caution.

Many Pakistanis who had applied for the pilgrimage were hopeful that the pandemic would subside before the Hajj. The crisis, however, is far from over, and these people feel dejected by the situation. At the same time, hundreds of people working in the Hajj traveling business have incurred huge financial losses.

Ale Imran Ahmed Rizvi, a 35-year-old resident of Karachi, was ecstatic when his name appeared in a Hajj ballot in January. He had always wanted to visit the holy sites in Saudi Arabia.

"I had started making arrangements for my trip. I received hundreds of congratulatory messages," Rizvi told DW.

"Most people like to perform the Hajj when they are old. But I wanted to do it as early as possible, so my wife and I decided that this should be our year," Rizvi added.

Pakistan recorded its first coronavirus case in late February. Since then, the South Asian country has confirmed over 275,000 COVID-19 cases and over 5,800 deaths. The virus brought the whole world to a standstill.

"Our preparations were almost complete when we heard about coronavirus. I thought it would remain confined to China, where it had originated, but in March it started spreading rapidly in Pakistan. Then we learnt that Saudi Arabia had imposed a curfew in Mecca and other cities, and last month Saudi authorities announced that this year the Hajj would be limited to only a few hundred people," he added. 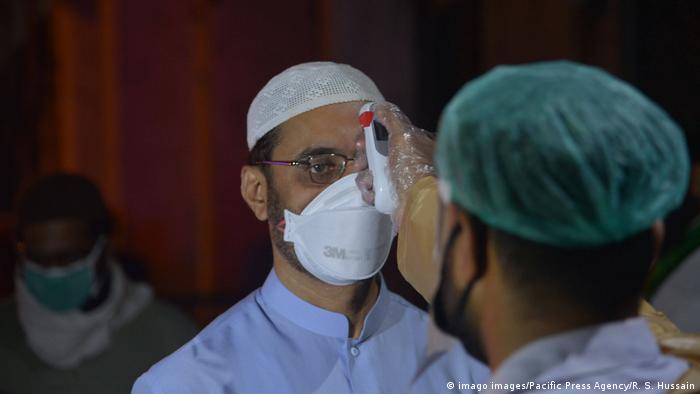 Unlike Saudi Arabia, Pakistan has not imposed restricitons on mass religious gatherings during the pandemic

Although Rizvi did not lose any money as a result of the Hajj cancellation, he fears that he won't be able to perform the pilgrimage anytime soon. Saudi Arabia only allows a certain number of people from every country to perform the Hajj, and usually the applications outnumber the pilgrim quota.

Rizvi, however, has not lost hope. He said he would apply again next year and urged the Pakistani government to request Saudi authorities to increase the Hajj quota for Pakistanis.

Kazim also hopes that Saudi authorities will increase the Pakistan Hajj quota. "Otherwise we will face huge problems next year."

Pakistan authorities say they fear the Hajj applications for 2021 will increase exponentially. "We are sorry that our people won't be able to perform the Hajj this year, but the virus situation is beyond our control. We'll request Riyadh to increase our Hajj quota so that more Pakistanis can make the spiritual journey next year," Muhammad Iqbal Khan, a ruling party member of parliament, told DW.