The effective cancellation of this year's hajj pilgrimage due to COVID-19 has sparked grief among pilgrims, upending lifelong dreams. But it is also a blow to Saudis dependent on the trade it brings. 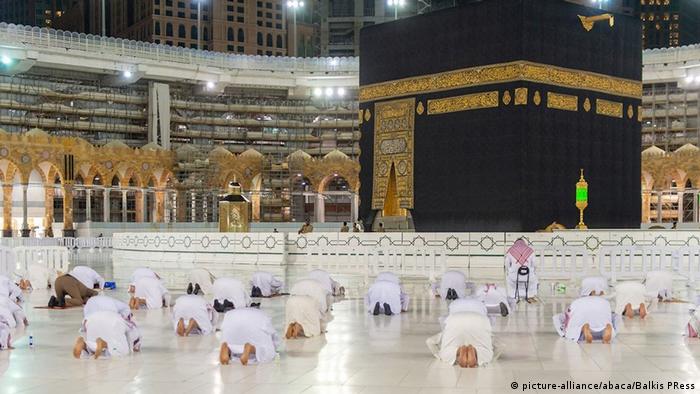 It's one of the largest gatherings of humans on earth.

But this year's annual hajj pilgrimage to Mecca in late July will see the extraordinary deluge of 2.5 million people from around the world reduced to a trickle of perhaps 1,000 Saudi residents, due to COVID-19 restrictions. The exact numbers allowed are still unclear.

That spells disappointment for pilgrims from all corners of the planet and disaster for the local economy that relies on them.

Mohammad Tariq from the Cavan Mosque in Ireland said his friends who had intended to travel to Mecca had had their lifelong dreams interrupted. "They were not sad, they were more than sad. Like if someone was preparing to see their Lord's house and they cannot go," Tariq said.

With many Muslims saving their whole lives to perform one of the central obligations of Islam, the frustration transcends the feeling of simply having a summer holiday cancelled, according to Sean McLoughlin, a professor of the anthropology of Islam who studies the hajj industry at the University of Leeds in the UK.

"There's actually quite a great impact — psychologically and spiritually," McLoughlin said. "In terms of an industry, it's something that's highly commercialized and deeply political in lots of ways, but on a scale of the everyday pilgrim this really, really matters to people." 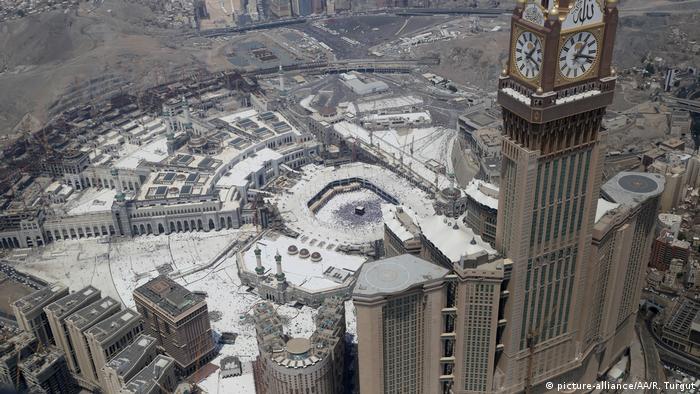 As the sprawling, tent-covered valley of Mina and ritzy hotels towering over Mecca's Great Mosque lay lifeless, locals dependent on the $12 billion (€10.6 billion) pilgrimage sector are also feeling the loss.

"Of course, we are disappointed," said Hashim Tayeb, who has been forced to close his perfume shop in the luxury complex in front of the mosque for the time being. Many restaurants, barbershops and other businesses have "definitely been affected, especially travel agents," Tayeb said.

Tayeb said the effective cancellation was the safe thing to do, however. A new outbreak during hajj, where millions live cheek by jowl for five days straight, could spell disaster for a country that has already seen more than 190,000 cases of the virus.

For an industry which also includes the smaller, year-round umrah rite and accounts for 20% of the country's non-oil GDP, the effects of barring international travelers as early as March have compounded wider losses.

One driver from the city of Medina who hosts umrah pilgrims told DW he and his colleagues had been unemployed for four months. "We used to work every day, it was our livelihood," the man, who did not wish to be named, said.

The International Monetary Fund projects a 6.8% contraction this year for the Saudi economy as a result of an historic drop in oil prices and other losses incurred due to the new coronavirus.

Austerity measures such as the tripling of a value added tax on July 1 and cuts to government allowances will also be keenly felt by Saudis, where consumer spending had already fallen by just over 34% in April compared to the same time last year.

Closing down the hajj and umrah also strikes a blow to Crown Prince Mohammed bin Salman's [MBS] "Vision 2030" plans to diversify the economy away from oil, according to anthropologist McLoughlin.

Those plans involved raising the annual number of those arriving for the hajj to 6 million and umrah pilgrims to 30 million by the end of the decade, McLoughlin's 2019 study on the sector reported.

"That economy might come back, but it's unlikely to do so on the scale that was envisaged by 2030," he told DW. 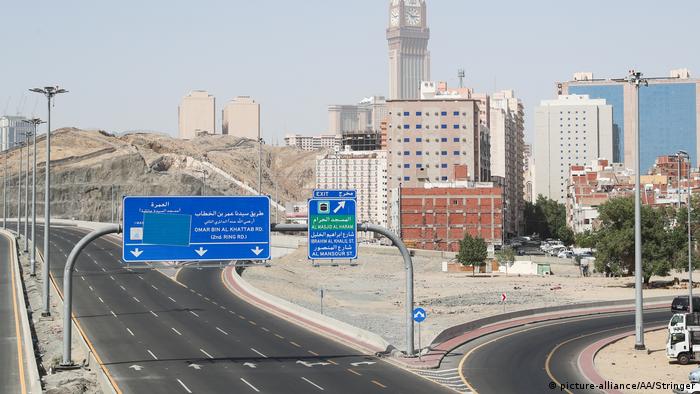 That might mean trouble for bin Salman's authority among younger Saudis, some analysts suggest, as the Saudi welfare state is rolled back as part of Vision 2030 and jobs in industries such as tourism are in doubt.

"The great test for MBS will be whether he can win over the youth," with jobs in the private sector, wrote Andreas Krieg, an assistant professor at King's College London, in the outlet Middle East Eye.

With an effective treatment for the new coronavirus still a way off, even by optimistic accounts, it is unclear when officials will reopen the country to pilgrims despite the economic pressure to do so.

McLoughlin said pilgrims, tour operators and hotels in Mecca are behaving as though the industry will reopen at some point later this year. "What's really going to be a question is the sorts of levels at which that happens," he said.

Other disasters have beset the hajj before, including a stampede which killed around 2,000 people in 2015 and the authority to manage the pilgrimage has often been contested.

"The Saudi's reputation is already questioned by many critics," McLoughlin said. "But for the ordinary pilgrim this does not trump their love, their desire, their emotion, their attachment, their longing to be in the holy places, to visit God's house and to walk in the footsteps of the Prophet Mohammed. And this is very, very significant in terms of the long-term prospects of religious tourism."