So far, two countries in sub-Saharan Africa have officially been affected by the COVID-19 disease: Nigeria and Senegal. But the economic consequences of the coronavirus outbreak are already being felt on the continent.

In Africa, fear of a COVID-19 epidemic is growing. The economy is also in turmoil: no one knows how big the economic damage caused by the little-researched coronavirus will be. Small African companies that import food, technology or clothing from China — the country of origin of the COVID-19 virus  — are already feeling the effects of the crisis.

If companies in the Far East remain closed or restrictions are imposed on Africans travelling to China, customers in Africa will be left out in the cold. Sales are falling dramatically. African exporters also fear the consequences of the COVID-19 outbreak: China is Africa's largest market for crude oil and other raw materials.

Nigerianauthorities contacted about 100 people who may have been close to an Italian who is considered to be the first coronavirus patient in the country, according to the state health commissioner, Akin Abayomi.

The salesman of cement company Lafarge Africa PLC arrived in Nigeria's economic metropolis, Lagos, on February 24 by plane from Milan. He was being treated in a hospital in the Yaba district of Lagos where it is understood that 39 people who have been in direct contact with the man were also being quarantined.

Despite the company announcing that its cement production lines remained open, there were fears that the virus could spread rapidly in a region where healthcare systems are already overwhelmed with cases of malaria, measles and Ebola. There are also other potential infection routes: Nigeria maintains intensive trade relations, especially with China. 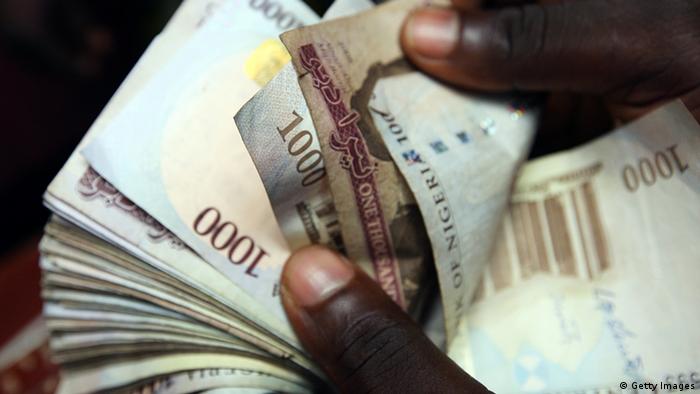 Money exchange in Lagos: 'Many avoid touching bank notes at all.'

No other country in Africa consumes more Chinese products than Nigeria, said Alhaji Muhammad Dan Auta, spokesman for the Traders' Association in the northern Nigerian city of Kaduna. "Chinese products are usually found in all parts of Nigeria," he said.

The operator of a currency exchange office, according to his own statement, has suffered considerable losses in recent days: "People are no longer coming to the exchange office to buy foreign currency because nobody wants to travel to China. They are all afraid to come into contact with the virus, so many avoid touching bank notes at all."

Many business people in the region canceled overseas trips. Since the outbreak of COVID-19, the import of Chinese products has declined noticeably. There are even sporadic shortages.

Uganda, Mozambique, Niger: Hardly any alternatives to goods from China

The situation in Uganda is similar: about a fourth of Ugandan imports come from China. Supply chains have been interrupted for weeks because many Chinese factories shut down production. Small traders selling textiles, electronics or household goods are in trouble.

Businessman Omar Kayiira from Kampala complained that many goods from China no longer arrive in Uganda. Alternative suppliers are very limited: "There are Indian importers, but they don't have the products I sell. At the moment it is very difficult to replace the Chinese," Kayiira said.

Ugandan importer Ismail Kyeyuna added: "We could try to buy the products we need in India or Dubai. But we would probably have similar problems, because the emirate also imports most of its products from China." Coronavirus controls at Lagos airport: other potential routes of infection

Chinese goods are also dominating the Mozambican markets. Many traders are worried that products from China will soon be in short supply. "I might be able to buy textiles in other countries, for example in Brazil or Portugal," said Alzira Simbe, a businesswoman from Maputo. But there are certain products that she cannot find at reasonable prices in either Brazil or Portugal. Simbe usually travels to China several times a year to buy textiles, cosmetics and hair styling products. That is not possible at the moment.

In Niger, stocks of certain goods, including groceries, from China have already been significantly decimated, leading to higher prices, said Moussa Sidi Mohamed, president of the Nigerian Chamber of Commerce and Industry. "Electronic products in particular are getting scarce." Many importers who normally fly to China regularly are currently unable to buy the goods they need due to entry restrictions.

Zimbabwe also appears to be experiencing considerable supply shortages: "Before the coronavirus outbreak, I ordered some goods from China. But they never arrived in Harare. Our customers are angry," said businessman Clifford Tsache, an electronics retailer from Zimbabwe. "Nobody here knows when this nightmare will end."

Since the South African country began its "Look East Policy" in 2004 — after a conflict with the West - many Zimbabweans travel to China to order cheap goods. Now, many traders consider flying to Tanzania to look for alternative supply sources. 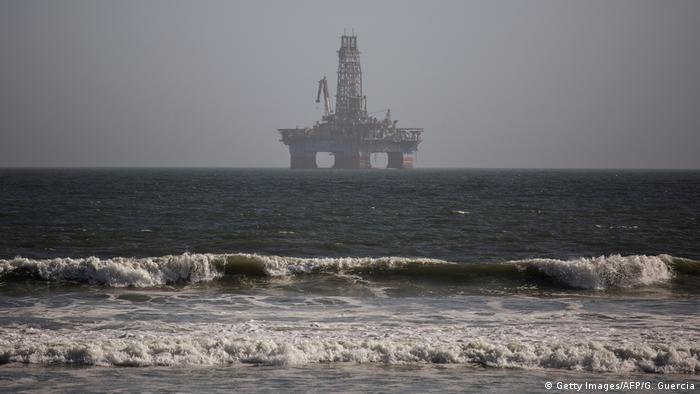 Zimbabwe's struggling economy is not only heavily depending on cheap imports from China, said the importer. Zimbabwe mainly exports ores and other raw materials worth almost €900 million ($1,000 million) to China which is thus by far Zimbabwe's largest sales market. South Africa, Great Britain, India and Zambia follow far behind. Zimbabwe is one of 21 African countries that are dependent on the sale of raw materials to China.

The outbreak of the coronavirus in the far-off Chinese province of Wuhan in December is now worsening Zimbabwe's economic prospects, according to experts from the International Monetary Fund.

Angola also suffers indirectly from the corona epidemic. The economy and finances of the country depend almost entirely on oil. The slowdown in trade with China due to the epidemic is affecting oil exports and jeopardizing the recovery of the country's struggling economy.

"Since China is Angola's largest oil importer, corona has a direct impact on the price of oil. Angola's revenues are falling dramatically," said Angolan economist Precioso Domingos. While rising oil prices would be an incentive to increase production and make new investments in the Angolan oil sector, falling prices, on the other hand, are "poison to a fragile economy like that of Angola," the economist said.

"The coronavirus can be more harmful to countries like Angola in the medium term than to China itself." The resilience of the Chinese economy is far greater than the one of Angola, he said. "We should look at the coronavirus with great concern," Domingos warned.

The COVID-19 disease has spread to more countries and capitals with almost nine times as many cases reported outside China as inside in the past 24 hours. The EU has raised risk levels as global deaths passed 3,000. (03.03.2020)