Egypt has confirmed its first case of coronavirus, also the first known infection on the continent of Africa. The patient — who is not from Egypt — did not show any symptoms of being ill. 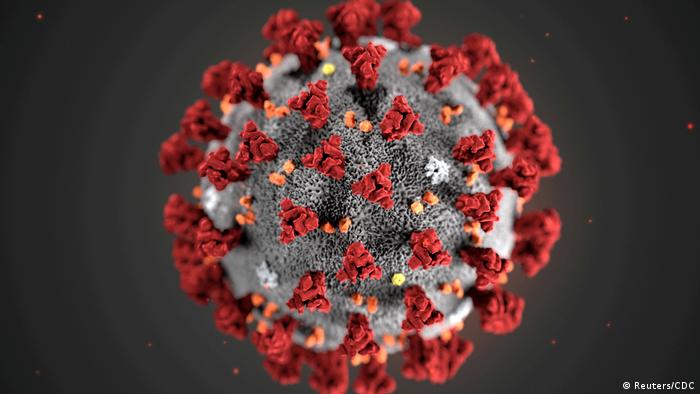 Egypt on Friday confirmed its first case of coronavirus, making it the first known infection in Africa.

A joint statement from Egypt's health and population ministries said the patient was not from Egypt. It did not say what nationality the person was or where they had been prior to arriving in Egypt.

The patient — who did not show any symptoms of being ill — has been quarantined in a hospital for treatment and monitoring, the statement said.

Authorities have notified the World Health Organization (WHO).

Until now, according to WHO information, no one on the continent had tested positive for the deadly virus, officially named COVID-19.

Experts have raised concerns that countries with underdeveloped health systems —  as can be found in Africa or Asia —would struggle to contain an outbreak.

With over 120 new deaths reported in China, the virus death toll mounted to nearly 1,400 on Friday. Over 64,000 cases have been diagnosed globally.

This weekend, a WHO-led joint mission will begin investigating the spread and severity of the outbreak in China, WHO chief Tedros Adhanom Ghebreyesus said.

The mission will focus particularly on understanding how more than 1,700 healthcare workers became infected.

In the US, health authorities will begin testing patients with flu-like symptoms for coronavirus, Center for Disease Control and Prevention (CDC) authorities said Friday.

The move significantly expands the government's response to the outbreak and comes as a particularly harsh wave of influenza is hitting the country. Testing will begin in five states before expanding.

Health authorities say it can be difficult to distinguish between the two illnesses.

Currently, there are 15 confirmed cases of the coronavirus infection in the US. Some 600 people are currently under quarantine.

The world's largest courier company has said it will halt package deliveries to China for logistical reasons. The coronavirus that emerged in central China at the end of last year has now killed almost 1,400 people. (15.02.2020)

Germany's Health Minister Jens Spahn tells DW that efforts to hold back the coronavirus in Europe are working, but he cautioned that "things could get worse before they get better." (13.02.2020)

How hospitals in China's Wuhan kept the sick away