Coronavirus in Russia: Self-isolate or face the consequences | Europe | News and current affairs from around the continent | DW | 08.04.2020 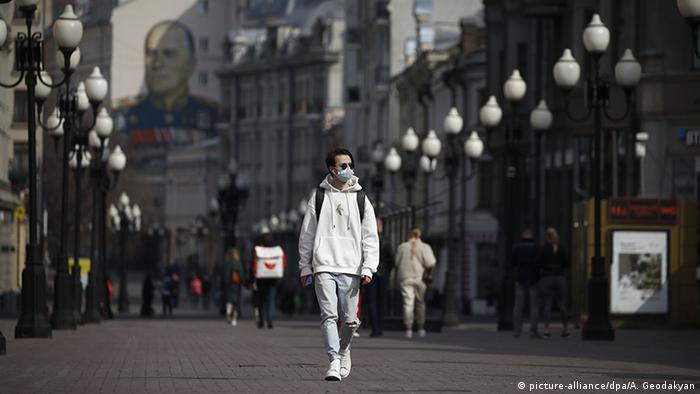 All of a sudden, Jesus and Plato were stars. Russian media have been showing a video of the man and his dog since the weekend. Their story is symbolic of self-isolation in the Russian capital — and resistance against it.

Last week, Moscow's city administration ordered everyone who didn't have to leave the house to stay home. Residents infected with the coronavirus are quarantined, as are people who returned to Russia from abroad over the past 14 days or are older than 65.

Short walk with the dog

Jesus Vorobyov presumably belonged to neither of those groups, and he is much younger than 65. He was only taking his dog, Plato, for a walk by the Patriarch Ponds in central Moscow this past weekend. That is not forbidden. People are allowed to leave their homes for three reasons apart from going to work: a walk to the grocery store, a walk to the pharmacy or a walk with their dog, though no further than 100 meters (328 feet) from the owner's doorstep. 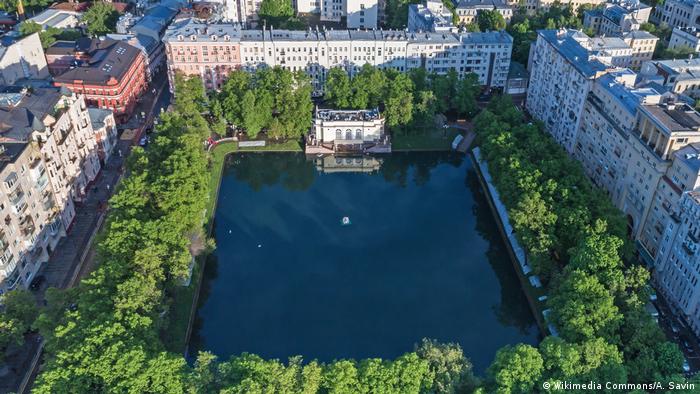 Metal bars have been installed at the entrances to the idyllic Patriarch Ponds, which is patrolled by police. Both are highly visible. Jesus Vorobyov seems to have ignored both. He and the dog were stopped by the officers at the pond. After that, the details differ depending on who is telling the story, but the outcome remains the same: Vorobyov was arrested and taken to the nearest police station. The dog was simply left to his own devices.

Passers-by filmed the arrest. Within minutes, the video had spread on social media, followed by an avalanche of user comments. Some were outraged about "police arbitrariness" in Russia, others chided the dog owner for "anti-social behavior" and accused him of provocation. The judges at the Presnya district court found Vorobyov guilty and fined him for disobedience. 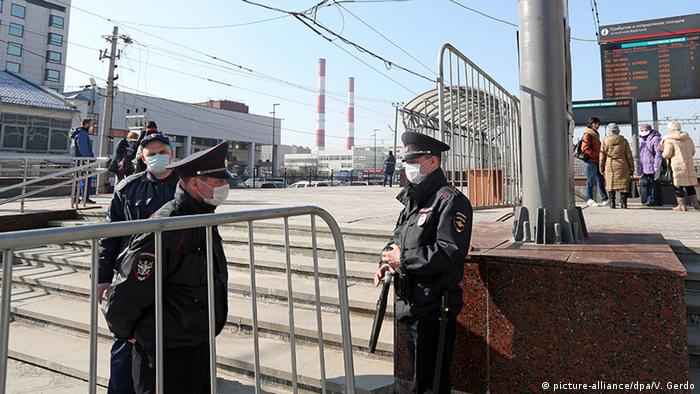 Whether Jesus Vorobyov plans to pay the fine or appeal the ruling is unclear. What is clear is that his story has scared people. Russians are in two minds about self-isolation. Some — if you believe official statistics, that's most people — are reasonable and plan to stay at home until April 30 — the end of the "free time" period imposed by President Vladimir Putin. TV and pop stars have, apparently successfully, been campaigning along those lines on television.

Originally, every citizen was supposed to get an electronic permit from the city via QR code when they wanted to leave the apartment to buy bread or take out the garbage. For the time being, those plans have been shelved.

Others fear for their livelihoods, as many small- and medium-sized enterprises will not be able to afford to continue paying their employees — as stipulated by Putin — but will run into difficulties or even go bankrupt.

The latter is presumably one of the reasons why the Moscow city administration, completely out of the blue, lifted some of the restrictions on movement last weekend. Beauty and massage parlors and public baths are allowed to open if they are licensed for medical activities. Taxis and cars drive through the city unhindered, and Moscow's subways and buses continue to operate as usual, even if they are quite empty. 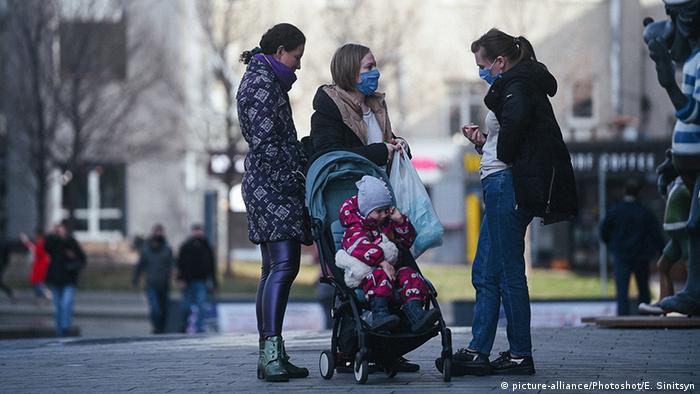 Necessity is the mother of invention

The government has not ruled out the possibility of relaxing the imposed self-isolation regulation before April 30 if the situation allows.

Until then, Russian shoppers will need to keep a distance of 1.5 meters from cashiers. They will, for the most part, wear protective face masks when outside, either store-bought weeks ago, or the DIY kind, as proper medical masks are nowhere to be found these days. Necessity is the mother of invention — the proverb has proven to be very true.