German chancellor Angela Merkel, known for her reserved demeanor, said she was hurt to see the "misfortune" of families suffering in lockdown. 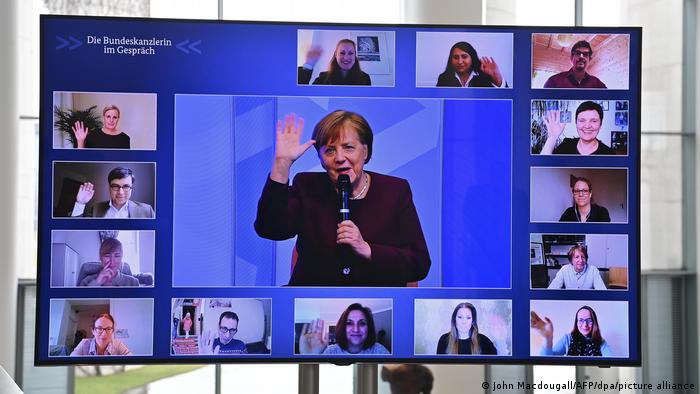 In a rare show of emotion for Germany's often stony-faced Chancellor, Angela Merkel admitted she was "a bit sad that we have to go through such a time," while listening to families struggling through a second coronavirus lockdown.

"I'm hurt when I see your misfortune," added Merkel.

"I never wanted to be the person that would have to make such decisions."

The chancellor made the comments during a 90-minute virtual meeting with a total of 14 parents on Thursday.

Merkel was hoping to learn about specific struggles and problems faced by parents after months of increasingly strict anti-pandemic measures.

Families have been hit hard since the beginning of the crisis. Schools and pre-schools closed on December 16, 2020, after Christmas holidays were brought forward.

They remain closed meaning parents are often faced with the double burden of working from home while homeschooling their children.

What did the parents say?

Several parents of larger families complained that they were stared at when they went out together to the supermarket or chemist.

"What can I do, I'm a single parent and I can't leave my two-year-old son at home without supervision," said one mom from the western state of Rhineland-Palatinate.

Another mom, who is also a social worker, came close to tears while talking about a migrant family with illiterate parents who were struggling with homeschooling.

Merkel noted several suggestions from parents, including criticism from a parent with a 13-year-old child that so-called "child sick days" were only valid for families with children up until the age of 12.

The policy allows parents to take paid time off work to look after a sick child. 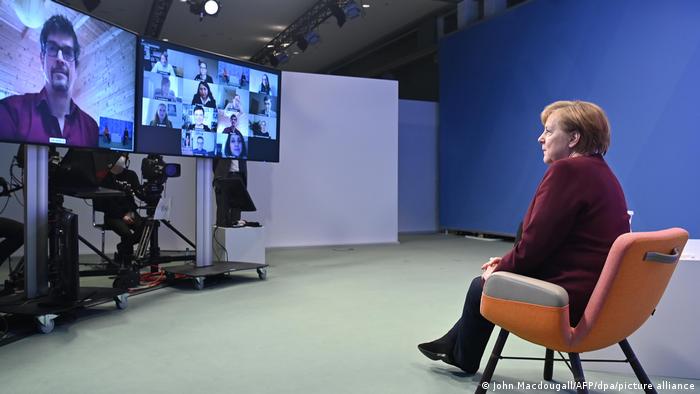 During the pandemic, the German government increased the number of days that parents are allowed to take off to a total of 20. Parents can use the days for when schools or pre-schools are closed during lockdowns.

Merkel said she also wanted to discuss a proposal to provide vouchers for tutoring for the summer vacations with relevant lawmakers.

She promised that reopening schools and daycare centers was an important priority for the government.

She admitted that the government was not "sufficiently prepared" for such a crisis when it came to schools.

The chancellor intends to take part in three further digital meetings on the topics of crisis hotlines, art and culture and volunteer aid organizations. The next discussion is set for March 10.

In a passionate speech to parliament Chancellor Merkel called for a lockdown to stem the spread of COVID-19. She faced fierce pushback from the far-right opposition, who took stock of Merkel's 15 years in government.