COVID: Schools are in lockdown and e-learning is a struggle | Germany | News and in-depth reporting from Berlin and beyond | DW | 06.01.2021 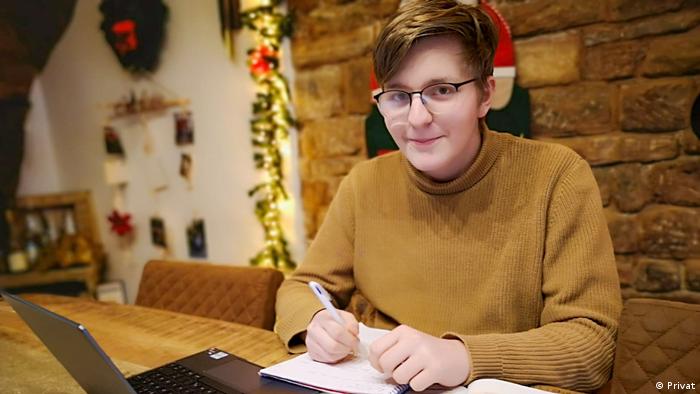 For many German students, like Eric Grabowski, accessing the school's digital platforms is a pain

Like all German students, Eric Grabowski can't return to school after the Christmas break. With a country-wide lockdown just having been extended because of continued high rates of coronavirus infections, the tenth-grader will likely have to stay home until the end of January.

Right now, Eric should be having a French class online, the 15-year-old tells DW on the phone. "I'm sitting in front of my laptop, trying to access my school's learning platform. But again, nothing works at all."

Eric's comprehensive school near Kaiserslautern in southwestern Germany is not the only one struggling with the transition to remote learning. In many parts of the country, pupils and teachers report similar difficulties.

"These server problems simply have to be solved," Eric says. The tenth-grader is an active member of the student council in his home state of Rhineland-Palatinate. He supports school closures while infection rates remain high. "But we don't even know if we'll be able to go back to school in February. I don't even know if I'll be able to take my final exam this year. The digital lessons simply have to work. It can't go on like this," he complains.

Germany still seems to be lagging behind in remote learning — almost one year after the first coronavirus case in the country and more than nine months after the first school closures in March 2020.

German schools have long been struggling with digitalization, says Nina Brandau from German IT and telecommunications industry group Bitkom. An existing school digitalization plan was ramped up in the wake of the coronavirus pandemic in July 2020, bringing the joint state and federal efforts to about 7 billion euros ($8.6 billion.)

"But it takes time for this financial aid to trickle down to the schools," Brandau tells DW. "The application process is incredibly bureaucratic." A myriad of federal, state, and local authorities are involved in the procedure in Germany. "Other countries are doing much better," says Brandau.

Laptops are not enough

Before the pandemic, there were only six computers for every 10 pupils available at German schools. 2018 figures from the OECD show that in other industrialized countries the number was much higher with up to nine computers for 10 pupils.

Lately, many German schools have focused on buying laptops. Eric Grabowski says his school finally got 120 laptops last autumn that were handed out to those without their own devices at home.

"But it doesn't stop with buying laptops," says Brandau. "We need teachers to be able to use digital tools and create meaningful education programs with them. For this, we need more training. And that is lacking."

Nothing rotten in Denmark?

When asked for European countries that are faring better, Brandau names Denmark and Estonia. "They have used digital media in education for quite some time, with Wi-Fi available in all schools. Teachers and pupils were ready to use these tools." Countries such as Finland or the Netherlands are also regularly cited as role models in Europe. 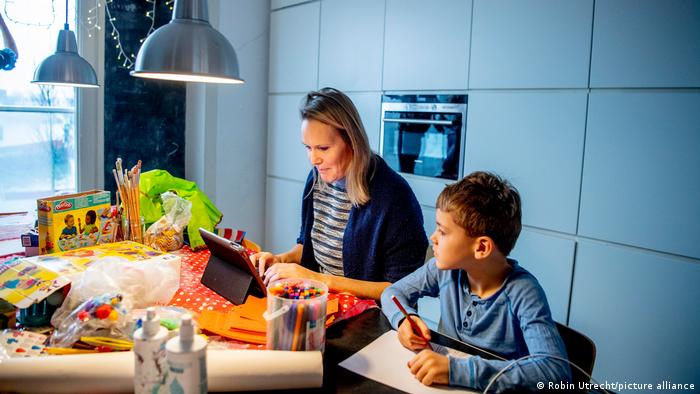 Yet, the coronavirus pandemic has come as a shock even for countries long considered frontrunners in Europe when it comes to school digitalization. Danish media researcher Jesper Taekke from Aarhus University says the pandemic had revealed that teachers in the country still did not have the IT skills needed for good digital education.

"They have a tough time adapting to the digital media environment. There is a lot of angst," Taekke tells DW. "The government has invested huge amounts of money in hardware. Teachers have digital blackboards, networks, computers, and all that. But they have very little time to actually prepare lessons and come up with ideas for digital education."

Taekke says his research shows that 8 in 10 primary school pupils in the country did not have access to real digital lessons during the pandemic but were just sent homework that they had to do on their own.

Computer shortages from north to south

Problems in other European countries are more severe. Reports about crashed servers and a lack of hardware have come out of many countries, including Italy and Greece. And in the United Kingdom, a study by charity Teach First suggested that almost three in four head teachers say their pupils do not have sufficient access to digital devices and the internet.

The Department for Education in the UK says English schools are "well-prepared to deliver remote education", with 560,000 laptops and tablets given to schools last year, and a further 100,000 this week.

However, in the UK and many other European countries, concern remains that children are being forced to start the school term without access to these devices or any proper strategy for them to engage with online learning.

Digital learning, it seems, remains a challenge for students and teachers alike, even in Europe's richest countries. But it is especially difficult for younger students.

Oliver Best, an IT distribution professional, says his four sons are lucky because they have good equipment and he can help whenever there is a problem. His 8-year-old son is in second grade and had his first-ever video schooling session this week, after his school in Ludwigshafen in Germany's southwestern state of Rhineland-Palatinate did not reopen after the Christmas break.

But most of the youngsters struggled says Best. "This morning, my 8-year old was the only one in his group who succeeded in getting the video conference up and running," he tells DW via telephone. "Some of his peers couldn't log in, some repeatedly lost their connection, and some could only hear the audio."

Oliver Best is glad his son enjoyed his first distance-learning session. But, like so many other parents, he hopes that there will be a return to normal school life this year.

Politicians from all major German parties have repeatedly said that small children should be the first to return to school when infection numbers start going down.

Germany's lockdown has been extended for another three weeks. This time, the rules are even more stringent.

German winners and losers of the COVID-19 pandemic

The coronavirus pandemic hit the German economy hard in 2020. While some suddenly had to fight for their very existence, others recorded unprecedented growth. We take a look back.