COVID: German schools ′under-equipped and unprotected′ | Germany | News and in-depth reporting from Berlin and beyond | DW | 30.12.2020 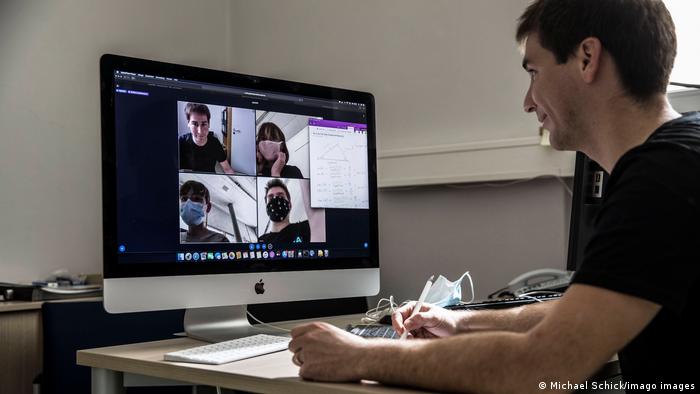 Germany's recent surge in coronavirus cases has not deterred some state ministers from suggesting that schools could be re-opened in two weeks' time.

Baden-Württemberg Cultural Affairs Minister Susanne Eisenmann caused consternation among her peers on Tuesday by telling the DPA news agency that she wanted to re-open schools and kindergartens on January 11 "regardless of the incidence numbers."

Saskia Esken, co-leader of the Social Democratic Party (SPD), described Eisenmann's proposal as "downright irresponsible." At least one state, Hamburg, has already said it would be keeping schools closed for longer.

Each of Germany's 16 states organizes its own education system, giving Chancellor Angela Merkel's federal administration little say over school lockdown rules, though the current nationwide measures were agreed at a summit of all the governments in November.

The lockdown is due to end on January 10, but national leaders have already warned that it will have to be extended, given the current coronavirus infection rates and death figures. Germany's daily death toll reached 1,000 for the first time on Tuesday, and the country has consistently seen over 20,000 new infections a day for several weeks.

"I don't see how in the current situation we can return to pre-lockdown mode," Health Minister Jens Spahn said at a press conference on Wednesday. But he stopped short of actually ruling out re-opening schools, referring reporters to another governments' summit on January 5.

The questions of if, when, and how schools should be kept open have been a constant debate in Germany since the pandemic began — an issue bound up with the already fractious question of how well German schools are equipped for online schooling and the oft-promised "digitalization" initiatives.

Governments are keen to open schools and day-care centers so that parents don't take time off from work and further slow the economy, and Eisenmann spoke for many teachers when she said, "in-class lessons can't be replaced."

But there is confusion on the issue. In November and December, several state education ministers — representing Hamburg, North Rhine-Westphalia, and Schleswig-Holstein among others — insisted that there was no scientific evidence that schools had become infection hot-spots. But they were contradicted by new data based on an outbreak at a school in Hamburg, where some 40 infections were registered in September.

Meanwhile, when schools were open between the two lockdowns, teachers were left to find their own ways to cope with the pandemic: Though schools did provide some ordinary masks, most did not give teachers the finer-filtered FFP-2 masks that can provide better protection. Without them, teachers who shared a classroom with an infected student would often have to isolate for a week, putting a constant strain on time and resources.

"I'm torn," one teacher in Schleswig-Holstein told DW. "As a teacher, I would like to see a normal school class, because it's completely different teaching without technical problems and being able to see all the students. But as a human being, in light of the high infection rates, I wouldn't want to see things going back to normal, because as teachers, we're simply not or only inadequately protected." 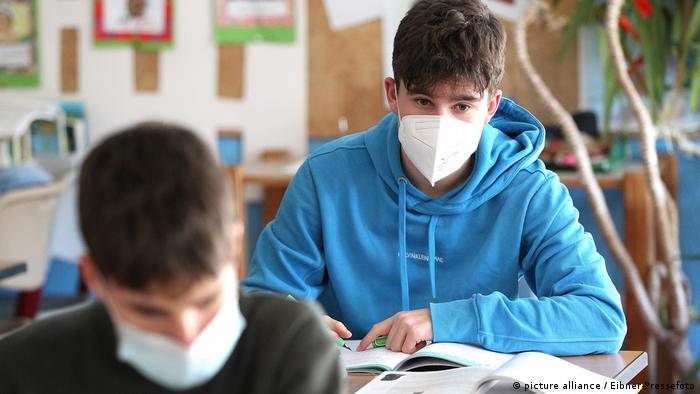 The teacher, who did not want to give her name, says she won't teach in-person without an FFP-2 mask, and estimates she has already spent €500 ($610) of her own money on the masks since the pandemic began.

Not only that, when the initial lockdown was imposed in the spring, she was expected to switch to online teaching without any technical support — not easy when you're not as tech-savvy as you'd like to be. "I was sitting here with my 10-year-old laptop and an iPhone and wasn't able to train myself," she said. "So little happened over the summer. There was no training and the teachers weren't better-equipped. I bought myself a new laptop."

The same goes for many of her students, of course. Even though she teaches at a high school where many of the families are relatively well-off, there are many families with two or three children who have to share devices, and though computers for students to borrow were promised, they have not materialized.

Meanwhile, one Berlin high school teacher, who also wished to remain anonymous, said it was way too early to discuss re-opening schools. "We don't even know yet what the effects of Christmas are, and we still have New Year's to come," she told DW. "We do not have any reliable numbers that we can make any decision on. I think opening schools must be out of the question."