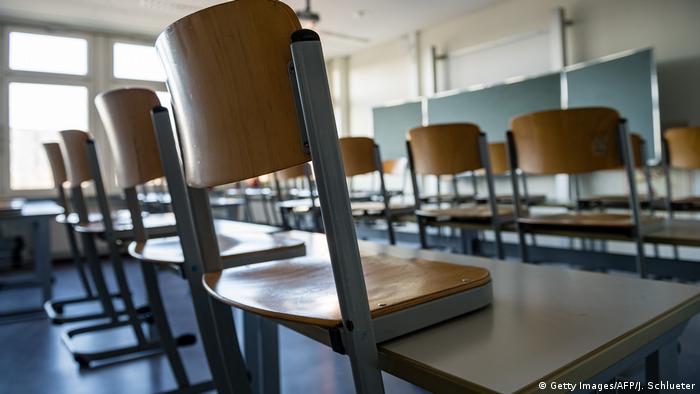 Kahmann said the world was in the grips of a "global learning crisis" due to the forced closure of schools.

"The closure of schools worldwide has led to a global learning crisis and the repercussions could be felt in many countries and societies for decades to come," Kahmann said. "The consequences on children's learning and well-being are devastating, and especially the most vulnerable and marginalized children are most affected, fueling inequalities and reversing the important progress that has been made in recent decades."

"Another important factor is that the longer children remain out of school and miss out on learning, the less likely they are to return. And this will have lifelong consequences," she added.

Kahmann said the evidence did not point to schools being an important factor in the spread of the coronavirus, and that, wherever possible, they should remain open.

"We're definitely calling on governments to prioritize the opening of schools and to keep them open," she told DW.

"The evidence really shows that schools are not a main driver [of infections] and the benefits of keeping schools open far outweigh the costs of closing them nationwide. Closed schools should be avoided and the situation should be assessed in each area, depending on the circumstances."

Kahmann also noted that violence increases when children are out of school. "We know that from previous crises," she said.

Kahmann called remote learning a "very good alternative" given the limitations the pandemic has put on learning. However, she emphasized the need to accommodate those without access to the necessary tools, who are often "especially disadvantaged and the poorest children."

Assuming the classrooms themselves were clear of infections, Germany has kept its schools open through the latest measures, dubbed a "lockdown light." However, by November, more than 300,000 students had been quarantined and in North Rhine-Westphalia, the country's most populous state, one-in-10 schools had been affected by closures.

The southern state of Bavaria, with one of the highest daily infections in the country, is planning to partially stop classes from Wednesday. Students from grade eight onwards will alternate between attending school or being taught remotely, especially if infection rates rise.

France, which has instituted a fairly strict lockdown to regain control of the pandemic, has allowed its children to attend school.

Research suggests that schools tend not to be large drivers of the pandemic. Across the world, the reopening of schools and daycare centers did not lead to surges in cases, especially in areas with lower community transmission and where schools had taken precautions. Older children are more likely to transmit the virus.