Coronavirus: Germany open to Chinese and Russian vaccines amid delays

Health Minister Jens Spahn says there is no obstacle to the use of the Sputnik V and Sinopharm vaccines if they receive EU approval. Chancellor Angela Merkel is due to hold a summit Monday to overcome a vaccine shortage. 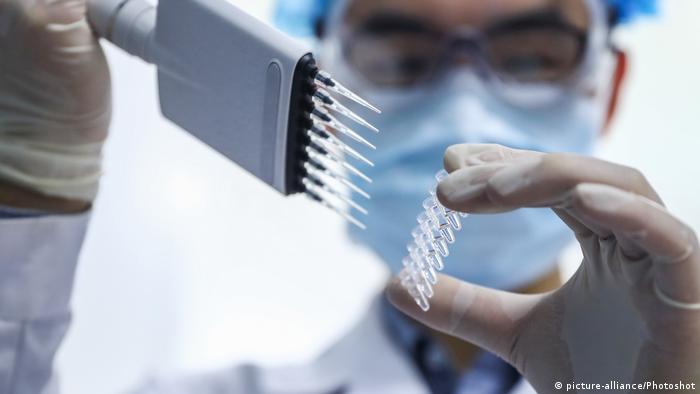 Germany's Federal Health Minister Jens Spahn has hinted that coronavirus vaccines from China and Russia could be used in Europe to overcome the current deficit of doses.

"Regardless of the country in which a vaccine is manufactured, if they are safe and effective, they can help cope with the pandemic," Spahn told the Frankfurter Allgemeine Zeitung newspaper on Sunday, adding that they must be approved by the European Medicines Agency (EMA).

The minister said he sees no fundamental obstacle to the use of Chinese and Russian COVID vaccines.

Russia announced Friday it would be able to supply 100 million doses of its Sputnik V vaccine to the EU in the second quarter of the year, which would allow some 50 million people to be vaccinated. The application for approval of the vaccine has already been submitted to the EMA.

Spahn also expressed hope that the pandemic will be brought under control in the course of the year, and that there will be no "second virus anniversary in this form."

Spahn's remarks about Chinese and Russian vaccines come days after he admitted that Germany faces at least a shortfall of vaccines that could continue until April.

Spahn took to social media to warn that the German government will struggle to procure enough shots for the next months.

"We will still have at least 10 tough weeks with a shortage of vaccine," he tweeted on Thursday.

Earlier in the week, Spahn told DW that Europe must get its "fair share" of shots and called for the EU to introduce an export license system to stop too many vaccines going abroad.

It comes as tensions grow with AstraZeneca and Pfizer over sudden supply cuts just a month after the bloc started vaccinating citizens.

Concerns about Chinese and Russian vaccines

There have been widespread concerns about the safety and effectiveness of Chinese and Russian vaccines, as they have not followed all required trials before getting approval in their countries.

Hungary's medicine and food regulator, however, already approved a coronavirus vaccine made by China's Sinopharm. Earlier in January, Hungary also broke ranks with the EU by issuing a provisional license to Russia's Sputnik V vaccine.

The EU said that Hungary's striking of the deal outside of the bloc's common framework was improper although not illegal.

German Chancellor Angela Merkel will hold a meeting with 16 state premiers on Monday to discuss the pandemic situation, with vaccine shortage and a possible lockdown extension high on the agenda.