As the Bundesliga awaits approval to restart the season as soon as possible, a DW survey has revealed that only a third of Germans are in favor of a return of football behind close doors — a marked change in opinion. Only one-third of Germans are in favor of the Bundesliga restarting its season behind closed doors, according to a survey by research institute Infratest dimap, carried out on behalf of DW.

On the other hand, almost half of those surveyed (49%) said they were not in favor of games without spectators, known as Geisterspiele or "ghost games" in German.

The results reveal a marked change in opinion since the start of April when another survey from Infratest dimap showed that over half of Germans (52%) were in favor of a continuation with ghost games, while only 30% were against.

In both cases, 18% of those questioned said they either didn't know or weren't interested in football. 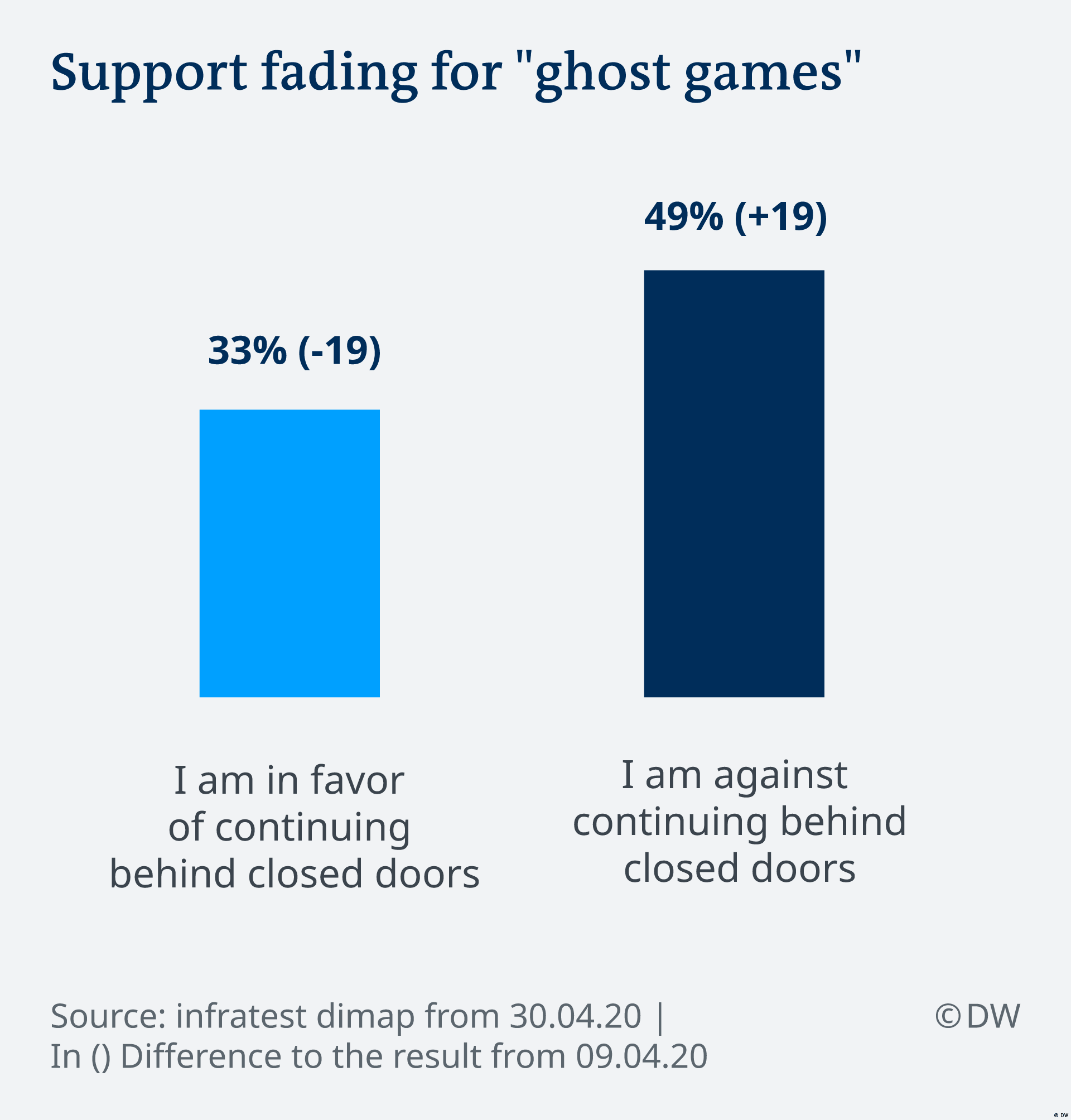 All eyes are on Chancellor Angela Merkel's video summit on Thursday, where it is expected the 16 state leaders will discuss the proposal and may make a decision.

The German Football League are hoping for a "clear signal" to come from the discussions after delivering a comprehensive concept for a Bundesliga restart to state officials. And the governing body have been buoyed by tentative support from the Labor Ministry.

"The occupational health and safety of players, coaches and coaches can be largely ensured if the concept is fully implemented," state secretary Björn Böhning (SPD) said in a letter to the RND media group.

That followed the approval of Germany's 16 state sports ministers on Monday.

Bremen's sports senator Anja Stahmann said a continuation without spectators "is still conceivable from the middle or end of May" as long as the DFL adhere to stringent hygienic and medical conditions with appropriate measures. 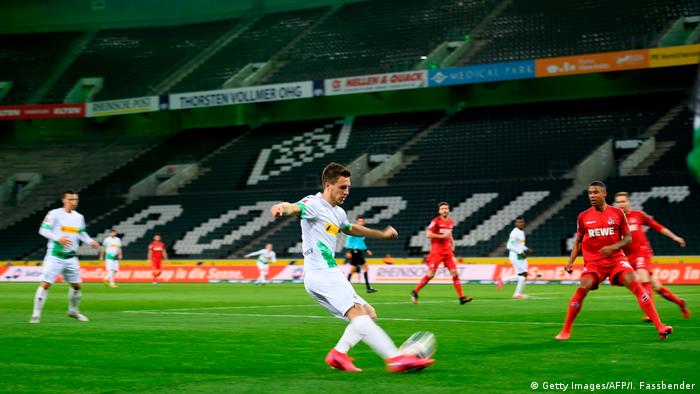 The police union in North Rhine-Westphalia, on the other hand, has been critical of any restart. They're concerned about fan gatherings "in the vicinity of stadiums, in front of the team hotels, or somewhere else in the city centers."

"This is a development that we must definitely prevent," said deputy chairman Michael Maatz on Wednesday. "We still know far too little how to stop the coronavirus. But we know that ghost games can also attract thousands of football fans."

While a few hundred Borussia Mönchengladbach supporters gathered outside the Borussia-Park stadium for their team's derby win over rivals Cologne in March — the only Bundesliga ghost game so far — that was before the true extent of the coronavirus was known. In the days that followed, leading fan groups from Borussia Dortmund and Bayern Munich were among those who explicitly discouraged fellow fans from gathering outside stadiums, while also providing social help in their communities.

Bans on mass gatherings have been extended in the Netherlands and France (both until September), forcing Dutch football to void the current season, while the French top flight, Ligue 1, is on the brink.

It is not believed state leaders and Chancellor Merkel

will make any more announcements on easing or reinstating any restrictions on Thursday. And any debate on the Bundesliga's return may not result with a definite decision on the matter.

The Bundesliga is "ready" to restart once state authorities give the green light, according to DFL President Christian Seifert. With no set return date, a deal has been struck to secure club's financial futures for now. (23.04.2020)